Home » Vegetables » Onions
Back to top 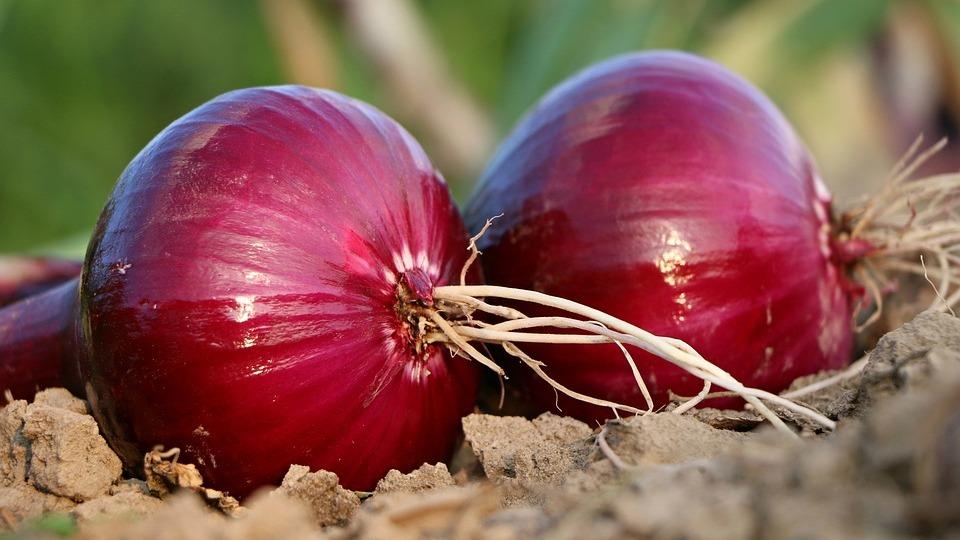 Onions are an indispensable food ingredient for many people living in South Asia. As a major onion producer and consumer, India also supplies a substantial quantity of onions to neighboring countries such as Bangladesh and Nepal. In fiscal year 2019/20 (April–March), the country exported $440 million worth of onions to overseas markets.

However, abnormal rainfall has impacted India’s onion production this season, leading to higher prices. To mitigate these price increases and secure the domestic supply, the Directorate General of Foreign Trade, an agency of India’s Ministry of Commerce and Industry, announced on Sept. 14 a ban on exports of all onion products with the exception of onion slices and onion powder. Consequently, the limited supply of onions triggered price increases in neighboring South Asian countries.

According to Bangladeshi media, the imposed ban even caused domestic panic as over 95% of the country’s onion imports originate from India. Following the announcement, approximately 1,000 trucks loaded with 25,000 tons of onions in transit to Bangladesh were reportedly stuck at the India–Bangladesh border.

In an effort to deal with the situation, the Bangladeshi government enacted a quick response on Sept. 20 by temporarily removing the import tariff on onions. This duty-free policy will remain in effect until March 2021. At present, domestically produced onions are typically priced at $0.94–1.19 per kilogram in Bangladesh, while imported onions sell for $0.76–0.90 per kilogram.

China is another major onion producer, with an annual production volume that exceeds 20 million tons. The short supply in South Asia will thus undoubtedly bring opportunities for China’s onion exporters.

This is not the first time that India has implemented restrictions on its onion exports. Last year, Indian authorities issued a similar announcement, halting onion exports from late September 2019 to March 15, 2020. As a result, a number of countries in Europe, Southeast Asia and the Middle East whose onion supply is heavily reliant on imports switched to China for this produce item. During the same period, the volume of onions exported by Gansu, a major onion-producing province in China, increased 13-fold.

This was also the case in Nepal. According to Nepalese customs, the country imported 823 tons of onions from China through the Rasuwagadhi land port in the final two months of 2019, in stark contrast to the same period of 2018 when zero tons were imported.

Sources in Bangladesh have recently stated that the country still needs to import 600,000 tons of onions in the remaining months of 2020 to maintain the supply, and importers are expected to turn to alternative suppliers such as China, Myanmar, Afghanistan and Egypt. Last year, India’s ban on exports drove onion prices in Bangladesh to a record-high $3.54 per kilogram, causing consumer outcry throughout the country.

However, just several days after this year’s announcement, on Sept. 19 Indian media quoted unnamed sources as saying that the government has elected to relax the ban on onion exports to three of its neighbors, namely, Bangladesh, Nepal and Bhutan, out of fear that Pakistan, China and Turkey could fill the market gaps in these countries in a very short period of time.