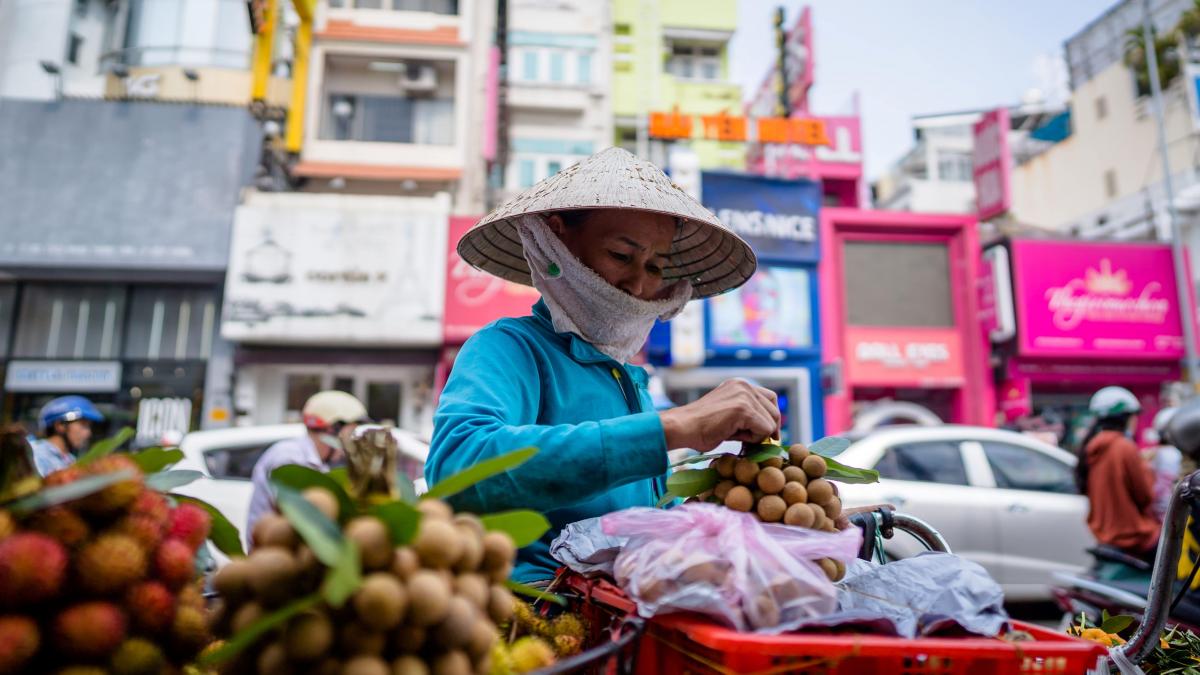 Vietnam and Thailand are Southeast Asian fruit powers, both famous for growing exotic fruits that are continuously gaining popularity worldwide. The fruit items exported by the two countries are also very similar. What is surprising is that Thailand’s export volumes have far outstripped those of Vietnam in recent years. Despite Thailand’s fruit output being much smaller, 5.43 million metric tons a year against 12–13 million metric tons a year in Vietnam, its export turnover in 2022 is expected to reach $8.53 billion while Vietnam’s grand total will not exceed $3.2 billion.

Vietnam’s Ministry of Agriculture and Rural Development has commenced work on analyzing the reasons underlying this trend and developing new policies to regain fruit export power in the region.

At present, Vietnam exports its fruit to 60 countries, including China, whose COVID-19 restrictions in the past three years have hit Vietnamese exporters hard. The country set course to market diversification and, as reported by local media, witnessed a significant increase in exports to the United States, the European Union and Japan. However, China remains the world’s largest fruit importer, and Vietnam keeps on striving for opportunities there. To date, 11 Vietnamese fruits have official access to the China market, including mangos, dragon fruit, bananas, longans, lychees, watermelons, rambutans, jackfruit, mangosteens, passion fruit and durians.

Chinese consumers are known to choose products based on their brands. One example is durians, for which Chinese people are most familiar with Thai and Malaysian varieties. To successfully compete with the current market leaders, it is vital for Vietnamese durians, which only recently officially entered the China market, to build their own brands. Industry experts have suggested that multiple trade promotion agencies should be established in China for this purpose.

China is no longer an easy-to-access market. The country started implementing high standards for fruit imports several years ago. For example, in 2018, Chinese customs authorities introduced codes for growing areas and packaging facilities that must be displayed on phytosanitary certificates to make products eligible for export. According to the Ministry of Agriculture and Rural Development, it took four years of assessments and reviews to obtain the right for Vietnamese durians to be sold in China. In September, the ministry issued a stern warning against companies engaging in fraud, stating that no cases similar to those in 2020 involving Vietnamese mangos could be repeated. In August 2020, it was demonstrated that mango businesses had used incorrect codes or borrowed codes from each other to export their fruit. In addition, the officials stressed the importance of maintaining crystal-clear export activities over the long term — it was difficult to open the China market, but it will be even harder to retain it, and durian exports should therefore be conducted strictly according to the regulations.

According to Minister of Agriculture and Rural Development Le Minh Hoan, many Vietnamese fruit producers lack knowledge about market trends and passively sell what they have without understanding what the market really needs. He drew a comparison between Vietnam and Thailand when selling their fruit to China: when a wholesale market in Beijing opens in the morning, Thai traders are able to quickly grasp the price and efficiently sell their product, whereas Vietnamese traders are rather slow owing to their low awareness of market prices and demands.

The minister also pointed out that Thailand has made significant investments in market research and development, with many Thai universities and research institutes now focusing on long-term strategies. In his opinion, Vietnam should start establishing its own think tanks to define targets both for the next few years and for the decades ahead.

Moreover, a new agricultural model where producers are well connected and have access to up-to-date market information needs to be implemented in Vietnam. The competency of fruit businesses should become one of the industry’s key targets.

The list of initiatives mentioned above could be incomplete, and there may be other changes to consider. For instance, Vietnamese growers would also benefit from certain technological upgrades: current post-harvest equipment in Vietnam allows fresh durians to be stored for only three to four days, which limits transportation options and makes cost-effective sea shipments impossible. Nevertheless, clearly defining these strategies and working toward them may allow Vietnamese fruit exports to catch up with those from Thailand.