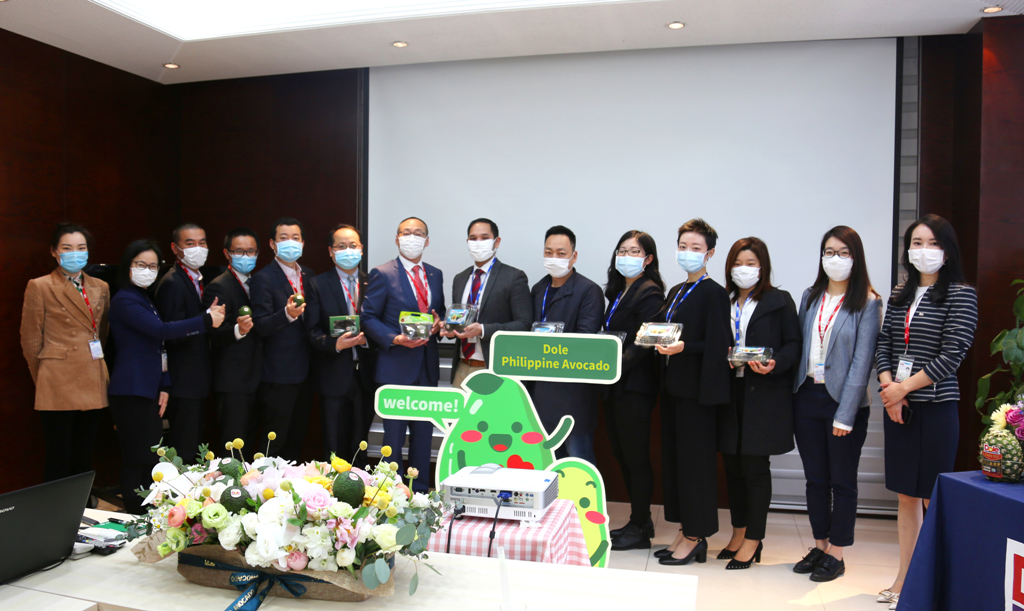 March 31 marked the arrival of the first ever shipment of Philippine avocados to China. The vessel reached Shanghai after a sea journey that set out from the Port of Davao. Both the import and export of the 7.656 tons of Hass avocados onboard were dealt with by the world-renowned produce multinational Dole.

To celebrate this historic moment, a ceremony was held on April 1 at a Dole processing and distribution center in Shanghai. This event was attended by Mario C. Tani, Commercial Vice Consul of the Philippine Consulate General in Shanghai, Shen Sheng and Deng Qiao, two procurement experts from Hema Fresh, and other representatives of the sector.

On Nov. 29, 2019, China’s General Administration of Customs announced the approval of Philippine Hass avocados meeting the required phytosanitary standards for import into China. At that time, in consideration of the fact that Dole was the Philippines’ only exporter of avocados to the international market, Produce Report suggested that the company was very likely to become the sole exporter of Philippine avocados to the Chinese market. Several days later, another notice issued by the GAC confirmed this speculation.

As a major player in the Philippine fruit sector, Dole supplies consumers around the world with a diverse variety of fruits, such as bananas, pineapples and papayas. In 2006, Dole embarked on the production of avocados. Since then, the company has established a number of orchards in various regions of the island of Mindanao, where the rich soil, hot tropical climate and long hours of sunshine provide the perfect conditions for avocado cultivation. Owing to the company’s strict adherence to quality, in 2017 Dole succeeded in bringing its avocados to the Middle East, Malaysia, Singapore, Indonesia and Hong Kong.

At the ceremony, Tani said that the arrival of this shipment not only represents another step forward for the trade relationship between China and the Philippines but also further enhances the global profile of the Philippines as a supplier of high-quality fresh fruit. He also spoke highly of the market outlook in China for avocados, which have experienced impressive growth rates during recent years.

Philippine Hass avocados offer a combination of high quality and low cost, and the country’s relatively short distance from China also means short shipping times and a high degree of freshness. Another core strength is the ability of Mindanao plantations to supply avocados throughout almost the entire year.

The avocados in this shipment made their China debut on Hema Fresh, the “new retail” supermarket owned by Chinese e-commerce giant Alibaba. To expand the market share of its avocados in China, Dole plans to both increase production and further diversify its online and offline sales channels. The company will also source avocados from orchards in Mexico, Chile, Peru, New Zealand and China itself to secure a high-quality and stable year-round supply.

After the ceremony, all of the representatives were invited to visit a Dole digital ripening center, which enables avocados to be provided at varying levels of maturity to meet the customized demands of different clients.