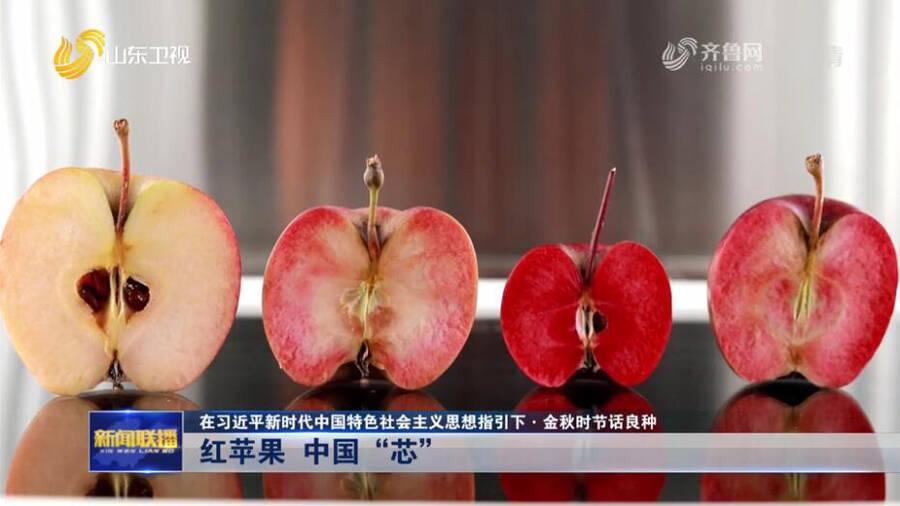 In the four years between 2013 and 2017, Prof. Chen Xuesen (陈学森) and his research team at Shandong Agricultural University joined hands with scientists from Cornell University to determine the origin of apples. With the aid of genetic sequencing technology, they confirmed that wild Malus sieversii apples from Kazakhstan are the earliest ancestor of all cultivated apples around the world, while M. sieversii apples grown nearby in China’s Xinjiang Uygur Autonomous Region are a distinct ecotype with potential for future apple development. These findings were published in the peer-reviewed scientific journal Nature Communications in 2017.

In addition to this work, over the last 20 years Prof. Chen and his team have succeeded in shortening the breeding cycle of apples by five years and developing four new apple varieties by crossbreeding wild red-fleshed apples from Xinjiang with Red Fuji apples. As the very first cultivated red-fleshed apples in China, these four novel cultivars, namely, Xinghong (幸红), Fuhong (福红), Meihong (美红) and Manhong (满红), all boast a handful of unique features, including red skin, red flesh of various shades, high levels of flavonoids and a good balance between sweetness and sourness. Furthermore, they are also highly suitable for fresh consumption and convenient for farmers in terms of crop management. In recognition of their substantial contributions to scientific progress and agricultural development, Prof. Chen and his research team were granted the Second-Class National Award for Technological Invention in 2020.

Chinese consumers are known for demanding sweetness above all other factors when selecting apples. With this in mind, Prof. Chen and his team have never stopped their pursuit for sweeter red-fleshed apples. Fortunately, they have finally developed a new cultivar based on Meihong apples and named it Sweet Meihong (甜美红). To realize the commercial production of Sweet Meihong apples as soon as possible, Prof. Chen decided to postpone the market launch of the four other red-fleshed apples in the hope of making the five available to consumers together. It is anticipated that these new apple varieties will hit the market in three to four years.