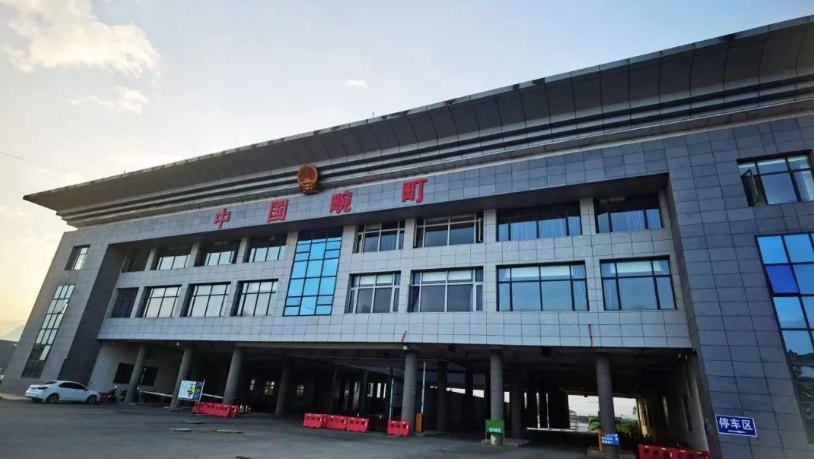 Following the Nov. 22 news that China–Myanmar border ports in the Golden Triangle area were beginning to reopen, two more ports in the region resumed operations on Nov. 26.

According to a report from news app Zhangshang Ruili, the Mangman customs channel at the port of Wanding officially resumed operations for the import and export of goods on Nov. 26, after a hiatus of 136 days. This makes Wanding the first port in Yunnan’s Dehong Prefecture to officially reopen after all border ports were closed owing to the impact of the pandemic.

According to reports, Wanding Port is granting priority to goods that are seasonal, easy to disinfect and keep well during transportation. After these top-priority goods, other types of goods will be admitted through customs according to an ordered classification system. Once general trade has been resumed, the next step will be to recommence small-scale duty-free border trade, with local traders under this system declaring goods remotely rather than in person.

Yunnan’s Dehong Prefecture is currently working to increase automation at other border ports, strengthening contactless processing facilities in an effort to resume normal operations while maintaining safety and epidemic prevention and control protocols.

In addition to Wanding Port, customs operations at the Mengding Qingshuihe Port were also resumed on a trial basis at 3 p.m. local time on Nov. 26. Further steps in the reopening process are to be determined based on the results of the trial opening. On the day of the reopening, two freight trucks carrying tea leaves set out across the border from Myanmar to China. The authorities in Myanmar had carried out disinfection procedures on the trucks prior to their departure, and customs authorities on the Chinese side of the port then conducted nucleic acid testing on the trucks and goods, clearing them to pass through customs.

Since the port resumed operations, transportation methods have reportedly been adapted. Previously, trucks would drive goods directly across the border, whereas now the port is employing a system involving contactless transfer of freight containers. Under this system, the driver on one side of the border parks the truck at a dedicated transfer center, where the container is transferred between trucks using a crane. News has also surfaced that the first batch of goods to be admitted through the Golden Triangle border ports will prioritize husked rice and beans and will not include watermelons or cantaloupes. Fruit industry associations in Myanmar are currently coordinating their efforts to address this. In addition, Wanding Port is currently only allowing general trade; the port has not yet been reopened for local traders from the border regions to declare duty-free goods for small-volume trading.

According to a prior announcement from Yunnan provincial authorities outlining the plan for resuming customs operations at local land border ports, all of the ports in the area will be evaluated for reopening in four consecutive groups. The first group includes ports such as Qingshuihe, the Mohan Expressway and Houqiao Port in Tengchong County (including nearby Diantan Port). Once this first group of ports is operational and the risk of viral contamination on imported goods is under control, assessments for the next batch of ports will begin.