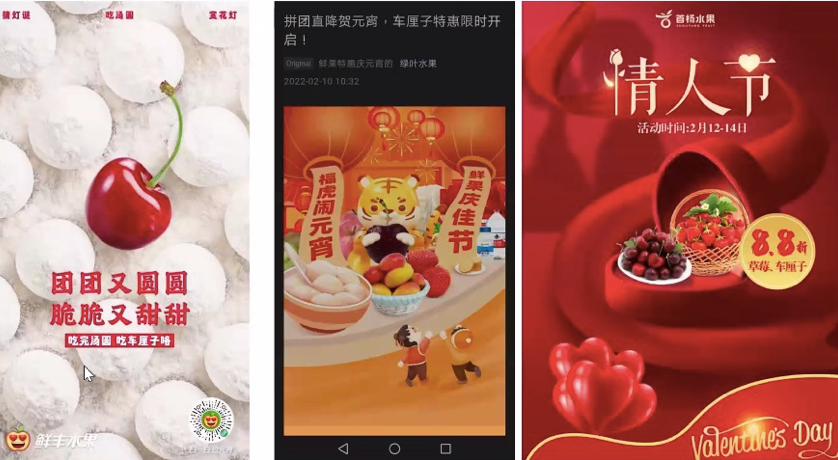 Fresh Chilean cherries are a popular selection in China for the tradition of giving gifts — especially the gift of fresh fruit — during Lunar New Year celebrations. But with Chinese New Year in 2022 falling on the relatively early Gregorian calendar date of Feb. 1, there are still plenty of cherries on the market in the period after the Chinese New Year holiday and before the Chilean cherry season tapers off toward late February and early March.

This is good news for retailers and consumers who wanted this season to integrate cherries into other celebrations, such as Valentine’s Day on Feb. 14 and China’s traditional Lantern Festival, which this year fell the very next day on Feb. 15. Promotions for both holidays by online and offline retailers that highlighted concepts such as happiness, romance, reunion and sweetness — and the strong consumer response to these messages — have demonstrated that Chilean cherries are still the most popular fruit on the Chinese market at present.

On the eve of Valentine’s Day, the Chilean Cherry Committee of the Chilean Fruit Exporters Association (ASOEX) invited three beauty, food and fashion online influencers to encourage consumers to celebrate the holiday with cherries by highlighting the fruit’s romantic red color and delicious flavor. Together, the three influencers generated over 9 million views and more than 38,000 online interactions. 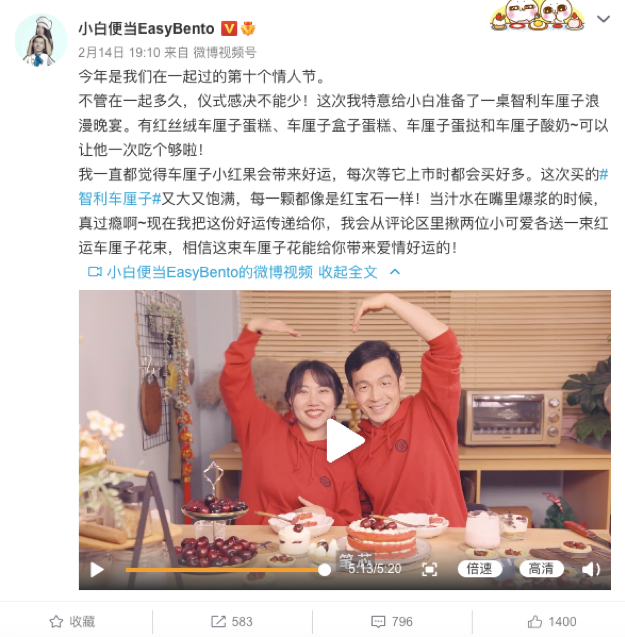 On Valentine’s Day itself, the Chilean Cherry Committee invited two video bloggers to record their romantic moments. The couple behind the “EasyBento” account on the Sina Weibo platform prepared four exquisite delicacies with cherries to commemorate their 10th Valentine’s Day together. Another influencer made a bouquet of cherries together with his son, which they then presented to their wife/mother. The video received 28,000 likes and more than 5,000 comments from the nearly 1 million netizens who witnessed the happy family moment. 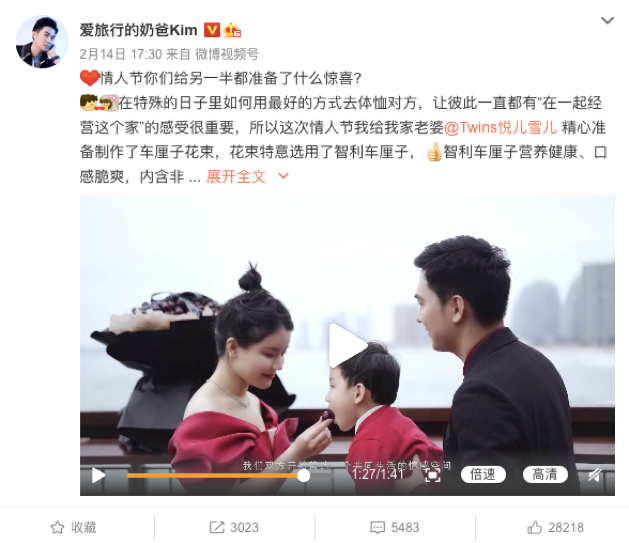 In a further effort to promote fresh cherry sales in the period following the Chinese New Year holiday, representatives of the Chilean Cherry Committee visited Guangzhou’s Jiangnan Fruit and Vegetable Wholesale Market to present gifts and warming breakfasts to traders there. At the same time, the Chilean Cherry Committee is continuing to cooperate with more than 20 leading domestic retail brands, such as Sam’s Club, Hema, Olé and Walmart, and has successfully completed almost 14,000 in-store promotion sessions so far this season.