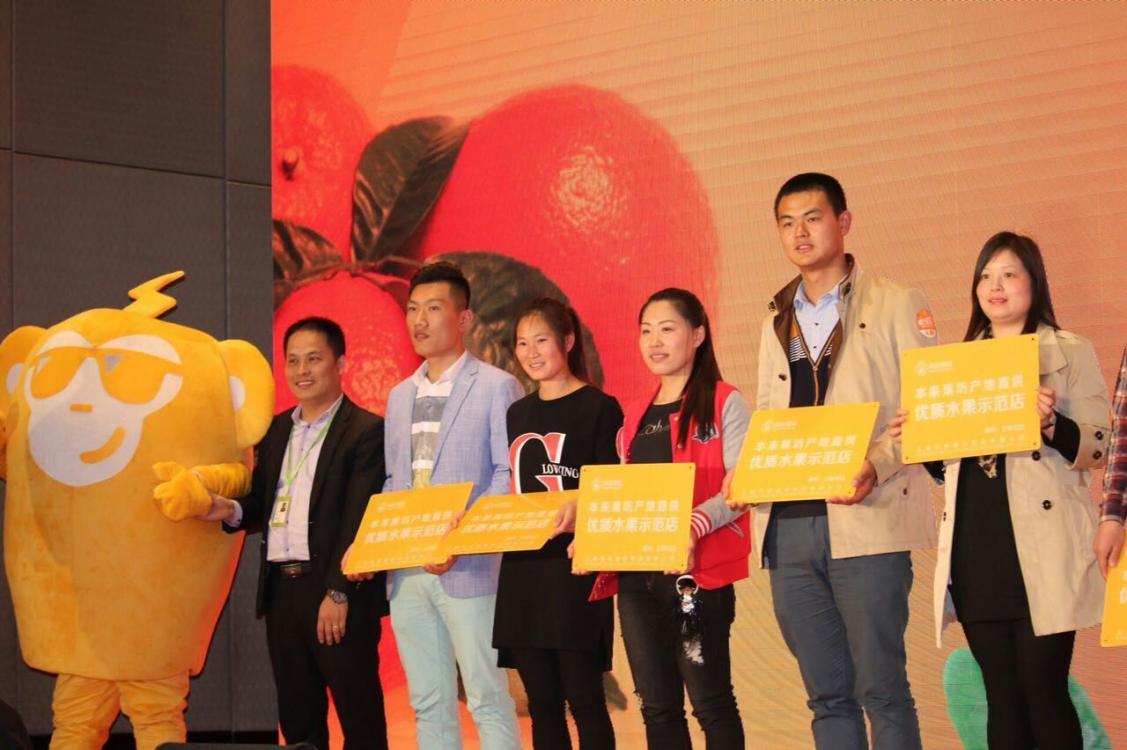 The fruit industry has been booming in China during recent years, especially with the robust e-commerce development, which shows promising prospects for the future.

Despite a great future, in reality both fruit suppliers and retailers still suffer from many existing problems. To suppliers, the biggest hurdles are low plantation technology and management skills, limited storage facilities, unqualified processing, and a lack of sales channels as well as branding strategies. All these result in an unbalanced production and sales ratio and a low market price for products.

On the other hand, retailers find it a headache to face the long and redundant supply chain that in most cases looks like an endless P2B2B…2B2C chain. Apart from that, increasing costs and decreasing net profits and a lack of brand and marketing strategies also culminate in the fact that only one-third of the fruit retail stores in China really make a profit.

There is a call to upgrade the whole supply chain to change this situation on the market. Benlaiguofang, an online platform for premium fruit wholesale using a P2B (producer to business) model, was therefore born in April 2015. After a year of development, Benlaiguofang has developed its business in first-tier cities such as Beijing, Shanghai, Guangzhou, and Shenzhen, while radiating out to second-tier cities.

At the one-year anniversary ceremony held in Shanghai on April 28, Liu Youcai, Vice President of Shanghai Benlai Information Technology Co., Ltd., said, “We can see fragmentation of production, retailing, and consumption everywhere, which makes it highly necessary to consolidate the market and build a bridge between producers, retailers, and consumers. This is why we adopt the P2B business model, in a bid to dig the value of the supply chain of fruits, and share its value among our partners.”

Zhang Dunming, General Manager of Shanghai Benlaiguofang Information Technology Co., Ltd., explained further what freshness means in the company’s slogan. It has two meanings, he said: one represents the fresh and creative ideas of the P2B business model, and the other the freshness of fruits that the company strives to guarantee by streamlining the supply chain at each step to avoid deterioration of fruit quality.

According to Zhang, Benlaiguofang has developed to a team of 700 and a clientele of 20000, with daily orders hitting 6000. He estimates that in 2016, the company’s sales are expected to reach two billion yuan and the number of clientele could increase to 50000.

The goal of the company is to make the fruit business easier for all parties involved in the supply chain and to satisfy consumers with the highest quality products. “That is our task, to consolidate the supply chain and simplify it from P2B2B…2B2C to P2B2C. Only by achieving this can we manage to achieve our ultimate goal,” Zhang added.

At the event, partnership-signing ceremonies were held for Benlaiguofang’s suppliers and retailers. An award-giving ceremony recognized the efforts made by outstanding fruit retailers such as stores and supermarkets.

Benlaiguofang and benlai.com are sister companies under the Benlai Holding Group, which focus on P2B and B2C e-commerce models separately, with the latter set up in 2012 and seeing huge success in branding and marketing strategies to promote Chinese brands.