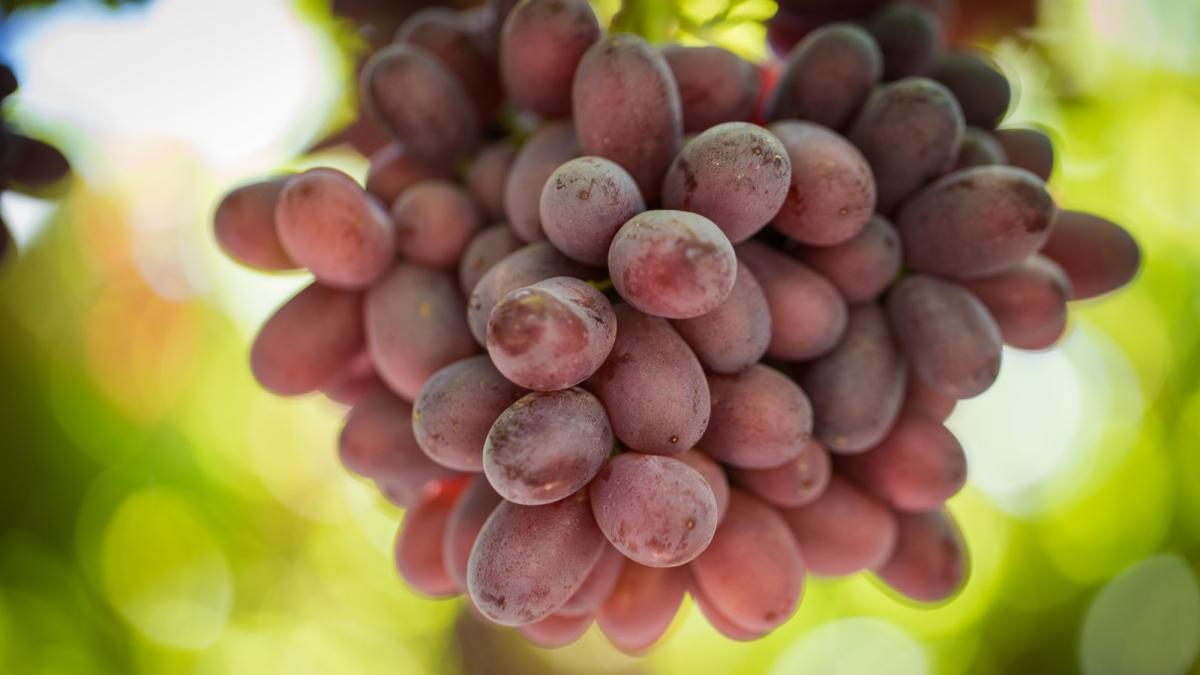 The 2021/22 South African table grape season has officially concluded, with volumes up slightly compared with last season, according to South African Table Grape Industry (SATI). This season’s production of export-ready table grapes reached 77.7 million cartons (349,650 metric tons at 4.5 kilograms per carton), an increase of 4% over the 2020/21 season, reported SATI. The Orange River and Hex River regions contributed most to this overall increase, with volumes up 21% and 5%, respectively.

The following is a condensed and edited version of statistics and analysis for the 2021/22 season provided by SATI. 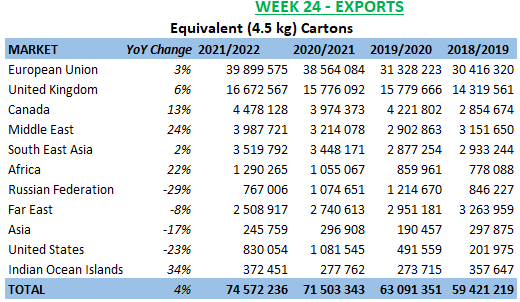 In comparison to 2018/2019, the following shifts in export market proportions were noted:

When considering the international landscape, exports from Peru and Chile have been growing steadily.

In terms of peak weeks and logistics, logistical challenges this season resulted in longer travel times to most markets. Data indicate ship loads of typically more than 2,500 containers of pome fruit, stone fruit and table grapes between weeks 1 and 10. From the table grape industry perspective, it is important to continue to stress the importance of weeks 49 to 11, which display high volumes of table grape exports exceeding 1,000 containers per week. During weeks 3 to 10, these volumes increase and table grape exports peak, with more than 1,500 containers per week.