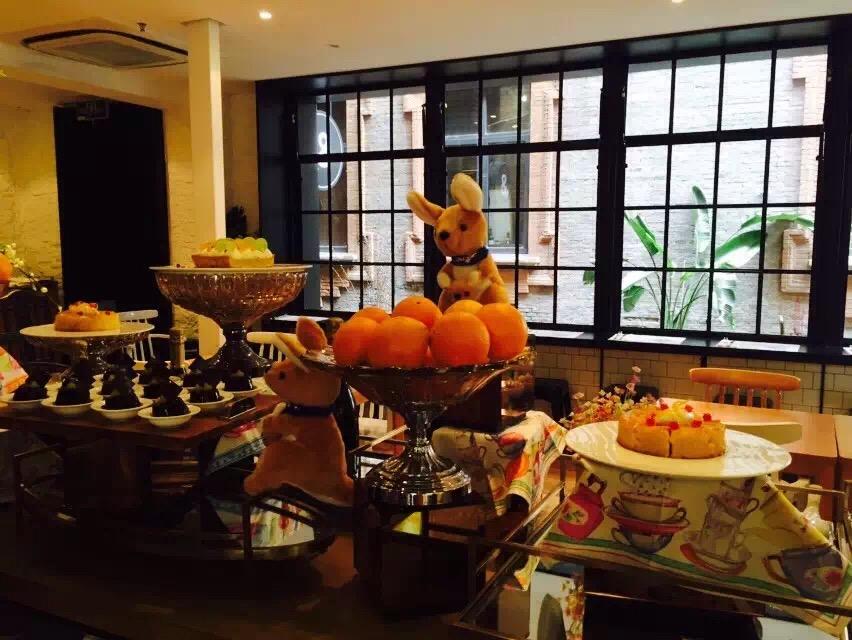 On July 31, 2015, Citrus Australia and the Victorian State Government of Australia co-hosted the 2015 Australian Orange Media-Only Tasting Campaign at Taste & See restaurant in Shanghai. The campaign provided a fresh first look at the Australian oranges of this season and the opportunity for attendees to experience the superb specially made orange drinks, dishes, and desserts.

The attendees included Mr. Tim Dillon, Commissioner at the Victorian State Government of Australia – China, Mr. Kang Yang Lim, Chairman of Taste & See, and Mr. Ryan Lau, formerly dessert chef at the Regent Hotel Singapore, who presented an orange feast and shared a wide range of orange recipes with the guests. As well as enjoying fresh oranges, the campaign encouraged customers to combine Australian citrus fruits into their daily baking and cooking.

Meanwhile, another 2015 Australian citrus campaign was launched in Chengdu, marking the start of the sale of Australian citrus fruit in western China. A family cooking competition was held to celebrate the occasion. Guests from the Australian Consulate in Chengdu, Ito Yokado, Golden Wing Mau, and local authorities cut the ribbon at the opening ceremony.

The Australian citrus received a warm welcome last year. This year, according to Citrus Australia, an excellent growing season has produced a very sweet fruit. There was much less wind during the spring, leading to a much cleaner fruit this season, and the cold weather in June has produced a rich and attractive orange color. In addition, the delivery time from Australia is much shorter than that from South America or Africa, which results in a fresher product and taste. Altogether, this season’s Australian oranges will have the same high quality as usual, and perhaps be even sweeter, safer, and healthier.

When it comes to health and safety, Australian citrus gives a good guarantee. Australian orange farmers use a pest control system called integrated pest management (IPM). This includes the use of beneficial insects to control the pest insects, so that the application of pesticides can be minimized. The beneficial insects are reared in special factories and then supplied to the farmers to release onto their farms. The industry also has a pesticide-residue testing program, which is endorsed by Citrus Australia and the Australian Government. In 2015, 500 residue tests will be conducted on export consignments to ensure 100% compliance with the residue limits of China.

Furthermore, with the signing of the China–Australia Free Trade Agreement, the tariff for Australian oranges will decline to zero over the next eight years, making the fruit more competitively priced in China.

Australia shipped 820 containers of citrus fruits to China last year, the majority of which were delivered to Shanghai and Guangzhou, with smaller amounts going to Qingdao, Dalian, and Tianjin. Among them, mandarins and navel oranges from Australia are the most popular and renowned varieties with Chinese consumers, while Valencia oranges, lemons, red and white grapefruit, and limes are also widely planted in Australia.

The 2015 season for Australian oranges extends from July to November. The eastern coastal cities and Beijing will remain the key markets for Australian oranges, but this year the industry will also begin to focus on some of the major inland cities such as Chengdu and Chongqing. The launch ceremony in Chengdu is a good demonstration of the shift of Australian citrus toward the west. The industry considers Chengdu to be a pioneer market, preempting the subsequent launch of various promotions and marketing campaigns all over China during the peak season through to August. These will take place both in local stores like Sam’s Club, Ito Yokado (Chengdu), Ole’, and Natregro, and via online sites including Fruitday, Jiaguo and Dazzle Fruit, in order to increase penetration into the hinterland and allow even more Chinese customers to fall for this fresh and delicious Australian fruit.