18 Tons of Gansu Apples Exported to Mexico for First Time 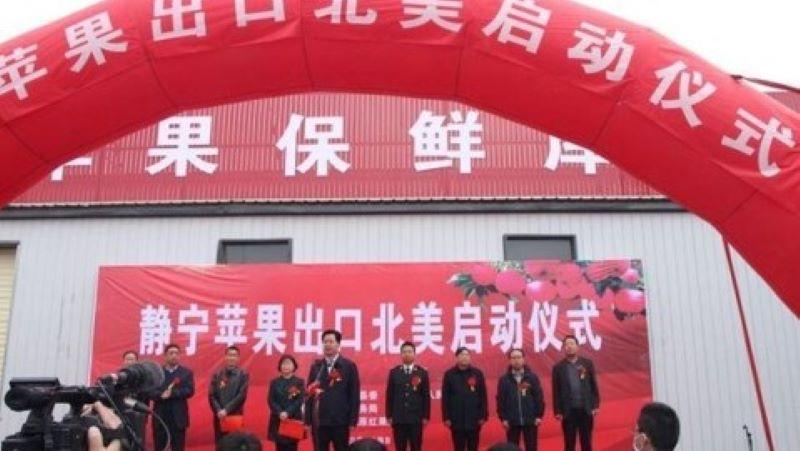 According to a statement from Lanzhou customs officials on March 24 published by China News Service, 18 tons of red Fuji apples from Pingliang city in Gansu province’s Jingning county successfully passed the requisite quarantine requirements for export to Mexico. This is the first time that Gansu apples have been exported to North America and represents a great step forward for Jingning’s apple exporters since they started to utilize new land- and sea-based trade passages in November 2019. To celebrate this development, a ceremony was held the same day at Long Yuanhong Fruits Selling Company.

Jingning county is the biggest apple-growing region in both Gansu province and China as a whole. Situated at 35 degrees latitude on the Loess Plateau, this growing region benefits from a warm temperate climate, mild humidity and ample sunlight. Its average annual temperature, rainfall and other climatic conditions make this region extremely well suited to apple production. The apple-growing area in Jingning county exceeds 165,000 acres (66,773 hectares), and winter and spring are the peak seasons for Gansu’s apple exports.

Gansu province is one of China’s primary apple-producing regions with a total production area exceeding 1.023 million acres (413,993 hectares) and an annual production volume of 4.9 million tons, which are the second highest production area and volume in China. This region is renowned for apple varieties such as Jingning, Huaniu, Qingyang and Pingliang jinguo (“Pingliang golden fruit”). During the COVID-19 epidemic, Gansu province donated 100 tons of Jingning apples to Wuhan.

According to statistics from Lanzhou customs officials, to date Gansu province has exported 31,800 tons of fresh apples to 22 countries and regions with a total value of $40.95 million.

In an effort to mitigate the effects of the epidemic on agricultural exports, Lanzhou customs authorities have implemented several measures to ensure that Gansu’s growers comply with quality requirements and fruit exporters become registered in various countries, such as Russia, Mexico, Australia and Kazakhstan, as well as supporting the expansion of local exporters and their diversification in international markets.