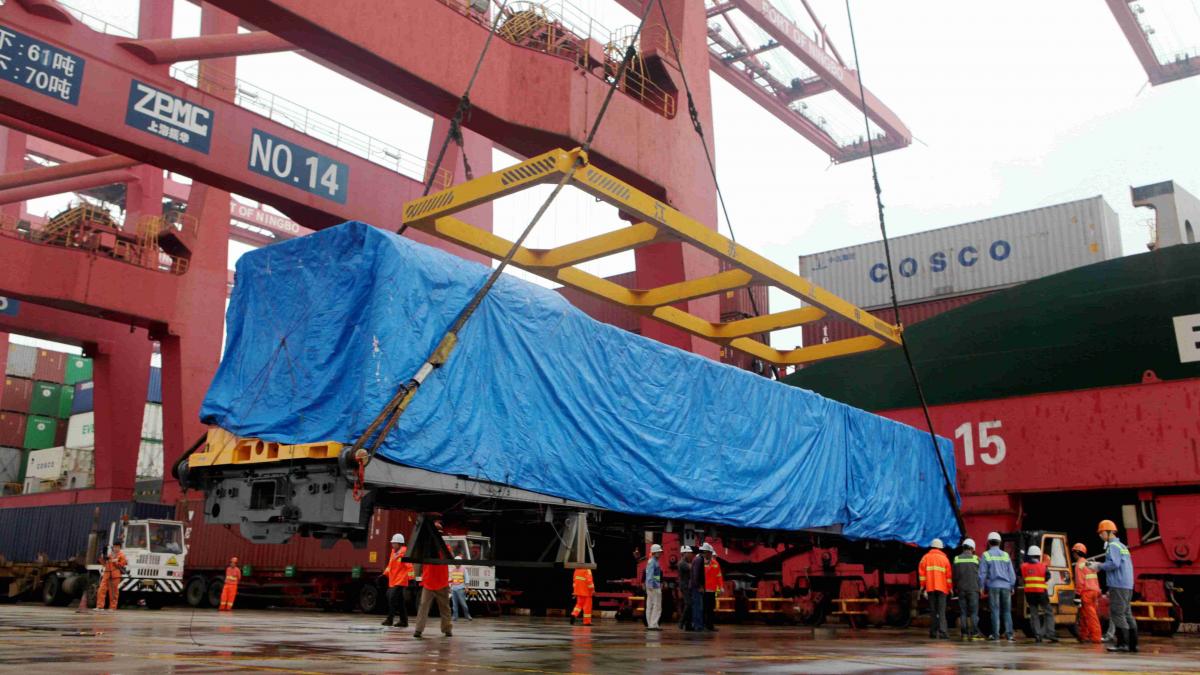 Operations at a major container terminal at the Port of Ningbo-Zhoushan have been suspended since Aug. 11 following a confirmed case of COVID-19. The port’s Meishan terminal halted all inbound traffic and lift-off services prior to an announcement by the Ningbo Municipal Health Commission that a worker at the port had tested positive for the delta variant of COVID-19.

The infected worker is reportedly a cargo bracer at Ningbo Meidong Container Terminal Corp., a subsidiary of Ningbo Zhoushan Port Company. Ningbo Meishan Island International Container Terminal issued a media statement that owing to a system malfunction at the dock, all inbound and lift-off container services would be suspended from 3 a.m. on Aug. 11 until further notice.

The Port of Ningbo-Zhoushan has 19 port areas in total, and inbound and lift-off services are still operating normally at terminals in all other port areas besides the Meishan terminal. Plans for the next steps at the Meishan terminal will be decided in accordance with the Chinese government’s COVID-19 response. Shipping lines that use the terminal are still determining re-routing destinations and other temporary measures, which are expected to be announced soon.

East China, and the Jiaxing prefecture fruit market in particular, are reportedly heavily reliant on the ports of Ningbo-Zhoushan and Shanghai. In particular, the Port of Ningbo-Zhoushan is a designated point of entry for China’s fruit imports, and the current operational disruptions can be expected to directly impact the distribution of imported fruit throughout East China. The Meishan terminal is part of the Ningbo Meishan Bonded Area and handles approximately 24% of the container cargo at the Port of Ningbo-Zhoushan, with an annual throughput of 7 million TEU. The Meishan terminal is one of the newest and largest terminals in Ningbo, typically serving members of the Ocean Alliance, including COSCO, CMA CGM and Evergreen. Last year, the Port of Ningbo-Zhoushan had a total throughput of 28.73 million TEU, making it the world’s third-busiest container port.

Ports in Shanghai and Ningbo were already heavily congested after the Meishan terminal temporarily suspended hauling cargo between July 23 and 26 owing to a typhoon. According to the freight news website Shipping China, a number of vessels on the Asia–Europe route were due to call at the Meishan terminal soon, and some 140 container ships are now queued at anchorage outside the ports of Shanghai and Ningbo-Zhoushan. If the Meishan terminal remains closed for too long, severe cascade effects similar to those caused by the closures at Shenzhen’s Yantian port may occur, as the other terminals in Ningbo are not capable of fully absorbing the additional capacity.