Walmart and the Future of Selling Groceries in China 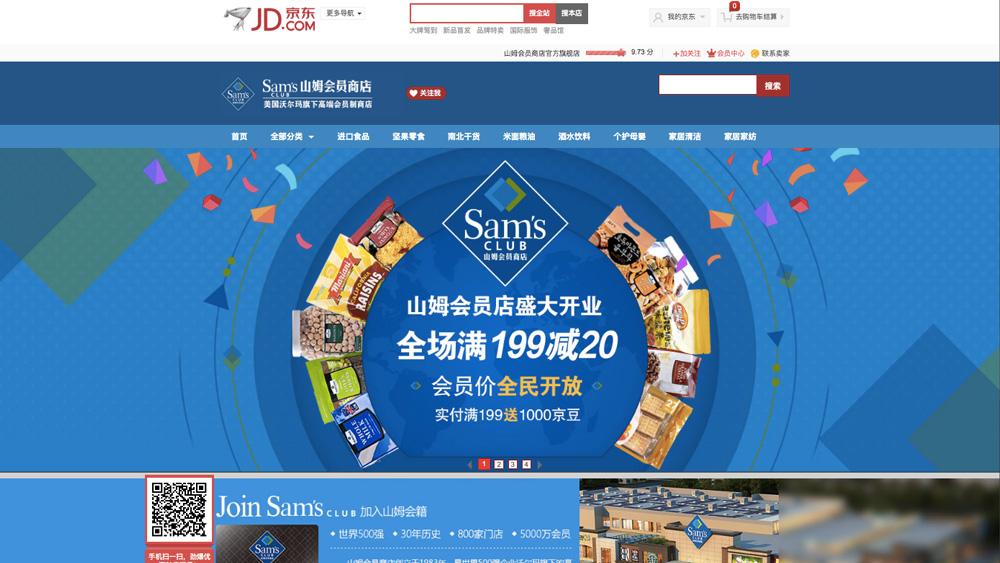 It hasn’t always been an easy road for Walmart in China. The American retail giant opened its first “supercenter” hypermarket in 1996 in Shenzhen. As Walmart expanded to other cities in China, it was reported to have faced troubles tailoring different outlets’ offerings to match regional tastes and customs. It has also been caught up in labor disputes, accounting discrepancies, and food safety concerns.

Nevertheless, the company has continued to expand its China operations and has developed into one of the major hypermarket chains in the China market. As of mid-2016 the company had a combined 423 outlets in 168 Chinese cities under several brands including Walmart, Sam’s Club and Trust-Mart.

A flurry of corporate announcements from this month give some hints as to Walmart’s strategy for future growth in China and what impacts this strategy may have for the fresh produce industry in China.

Most significantly, it would appear that Walmart’s China strategy is aligned with the company’s overall strategy of making substantial investments over the next few years to become a more potent force in ecommerce. In the China context, this means doubling down on its strategic cooperation with JD.com, a Chinese B2C ecommerce powerhouse that is itself emerging as a potent force in the fresh produce and grocery delivery spaces in China.

Also, in a move aimed at soothing an issue that has dogged Walmart specifically in the China market, the company on October 19 opened the new Walmart Food Safety Collaboration Center in Beijing and announced that it and its charitable organization, the Walmart Foundation, would together spend $25 million to support research into food safety in China over the coming five years. Walmart’s image in China has been tarnished by high profile run-ins with regulators and media stories surrounding food safety. The company has previously made similar announcements pledging significant investment toward food safety.

On the same day, Walmart also announced it would collaborate with IBM and Tsinghua University in Beijing to attempt to use digital blockchain technology to create a tamperproof record to track pork from farm to store shelf. It was unclear whether this work was being funded with a portion of the aforementioned $25 million.

Ecommerce in China can be a confusing landscape. Despite having a few dominant players such as Alibaba and JD.com, there are also myriad smaller players, investment stakes, strategic relationships and platform names to keep track of.

That, said, here’s what you need to know about Walmart and JD.com in the simplest possible terms:

In 2015 Walmart gained full ownership (it had been an investor since 2012) in an ecommerce company named Yihaodian that specialized in grocery delivery, including same-day delivery services. In June of this year Walmart announced it would sell Yihaodian to JD.com in exchange for a roughly 5% stake in JD.com and a promise to JD that it would not turn around and start a competing ecommerce service. Since then, Walmart has increased its stake in JD.com to almost 11%, though it has labeled itself a “passive investor”.

JD.com is the number two ecommerce company in China after Alibaba. Though JD.com rose out of a B2C model and Alibaba’s roots lie in B2B and C2C, these days the companies overlap in many areas. But JD.com is seen as having a significant advantage in logistics, including warehousing and last mile capabilities, which makes it a natural partner for a retailer like Walmart that deals in fresh goods and other groceries.

In April, a few months before the Yihaodian deal, JD.com had been busy merging its O2O division with a venture capital-backed mobile platform focused on providing last-mile delivery services from local retailers to customers’ homes to create an entity called New Dada in which JD.com holds a controlling stake.

On October 20, Walmart announced it would invest $50 million in New Dada. The same day, Walmart and JD.com announced they would take a series of measures to deepen their strategic relationship, including using New Dada to provide delivery from Walmart stores to customers’ homes within two hours. The key points of that announcement, quoted from the official media release, are as follows:

· Walmart Global Imports Store on JD.com: In addition, the companies launched a Walmart Global store on JD Worldwide, JD.com’s cross-border platform. The new store provides Chinese consumers access to a wide variety of high-quality products imported by Walmart from around the world. Walmart plans to continue expanding and adding new categories of products as it connects more items from its assortment in other markets to China, which JD’s last-mile logistics network will deliver to customers through its speedy home delivery service.

· Two-Hour Delivery from Walmart Stores in Select Cities: A two-hour delivery service for customers ordering on JD Daojia, the grocery and fresh goods business of the New Dada joint venture with JD.com, also launched today. The service will provide two-hour delivery from more than 20 Walmart stores. The number of stores is expected to double by the end of the year. This exclusive cooperation follows the merger of Dada and JD Daojia, JD.com’s O2O business unit founded in June 2015. The two merged in April 2016, forming an independent joint venture, “New Dada,” which is China’s largest crowdsourced logistics platform.

Overall, the recent flurry of activity would seem to reaffirm Walmart’s commitment to the China market, albeit with the tacit admission that it must regain consumers’ trust on food safety/traceability and cannot go it alone in the ecommerce space and must therefore forge ahead with its alliance with JD.com. Looking at things from the perspective of the fresh produce trade, it’s hard to ignore how much of Walmart’s strategy is focused on preparing for a shift away from traditional retail and toward ecommerce, especially same-day home delivery of fresh goods through a safe and transparent chain.