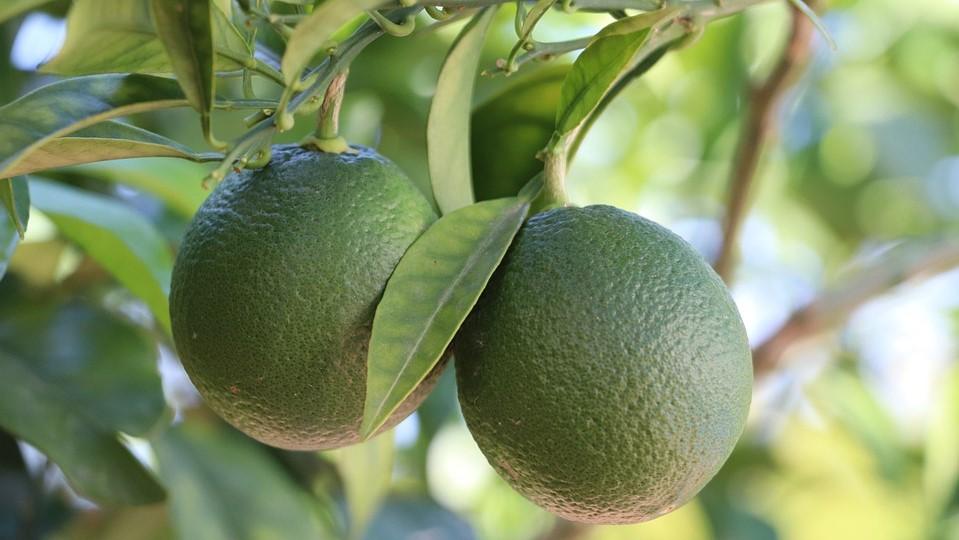 Ruby Green pomelos, which originate from Nakhon Si Thammarat in the south of Thailand, are recognized as a National Protected Geographical Indication product in the country. This variety is generally seedless and boasts a series of other features including a thick red flesh, a thin and easy-to-peel skin, and high Brix values of up to 14–15 degrees.

China’s pomelo market has been somewhat sluggish in recent years. Even so, the trading performance of Ruby Green pomelos is still better than that of most other pomelo varieties. Last year, individual Ruby Green pomelos sold at prices reaching up to 360 Chinese yuan ($50), successfully bringing this variety into the family of high-end fruits.

In the past two years, Ruby Green pomelos have been introduced into a handful of provinces in China, such as Guangdong, Guangxi and Hainan. Trees cultivated by Guangxi Hongzhi Agriculture Co. Ltd. (广西博白县宏志农业) are currently beginning to bear fruit, with an estimated output this year of around 20 metric tons. After harvesting, the company classifies Ruby Green pomelos into different grades based on their size and quality. The price for a single fruit typically ranges from 15 yuan ($2.09) to 50 yuan ($6.97). Most of the harvested pomelos are destined for neighboring Guangdong province. After three years of cultivation, the company has devoted over 4.7 hectares of land to the fruit.

There are several reasons contributing to the recent drop in Ruby Green pomelo prices in China. One is their large-scale planting driven by decent profits. In some producing regions in Guangxi province, abundant supplies of this variety have caused farm gate prices to fall to 20 yuan ($2.79) per kilogram. Another key factor is that Ruby Green pomelos have not been fully recognized by the market. A major selling point for this variety is its green skin and red flesh. However, this feature is shared by many native pomelo cultivars in China, thus making it difficult for Ruby Green pomelos to differentiate themselves from local fruit. Even against this backdrop, a substantial number of farmers still believe that Ruby Green pomelos could provide greater investment returns than most other varieties. Hence, prices for this variety are anticipated to wane further as the supply volume increases in the coming years.