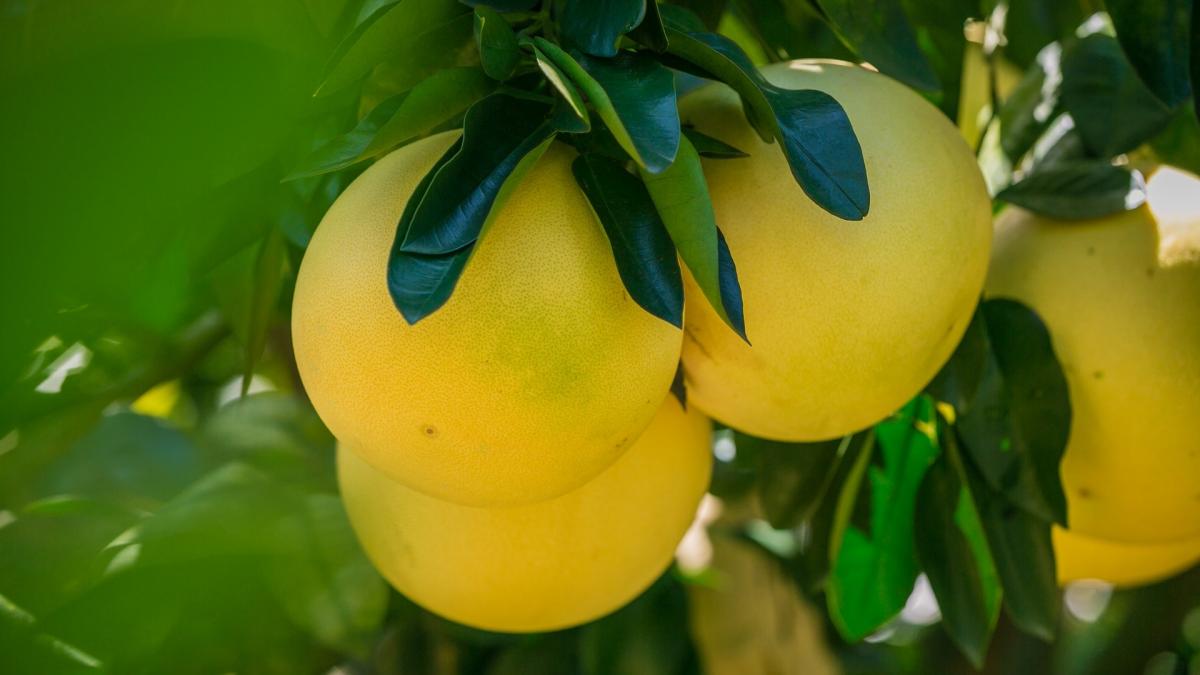 Peak pomelo season has arrived in China, with pomelo crops currently ripening and hitting the market. In recent years, China has seen a high turnover in pomelo varieties, with some quality varieties that previously enjoyed great popularity now falling from favor. This year, prices remain low, and sales are lagging.

Over the past two years, pomelos experienced a boom in China after the Red Heart and Triple Red varieties came on the scene. Grapefruit quickly gained popularity within the pomelo sector, earning the favor of consumers and taking wholesale markets by storm (in China, many growers consider grapefruit a type of pomelo). As of this year, grapefruit have enjoyed three years of popularity, gradually gaining over other pomelo varieties and leading to a sustained price slump. Many growers were relying on the arrival of another bumper grapefruit crop this year, but the reality fell short of expectations. Grapefruit mature around a month later than traditional pomelo varieties; this year, most grapefruit crops matured in late September. Farmers had expected grapefruit to be just as popular this year, but the season’s lackluster prices came as a huge blow. When the new season’s grapefruit hit the market in late September of this year, prices only reached 4 yuan per jin ($1.25 per kilogram), a far cry from the success of previous years. Things only got worse from there, with prices continuing to slump. As of Oct. 16, purchase prices from the place of origin had fallen as low as 1.5 yuan per jin ($0.47 per kilogram), less than half of what they were just 20 days earlier.

This year’s price slump has affected almost all pomelo varieties and can be largely attributed to several factors. One is that owing to the weather and other influences, large volumes of honey pomelos from the provinces of Hainan, Guangdong, Guangxi, Fujian and Yunnan all hit the market within a relatively short period of time, driving down prices. The sales challenges posed by the pandemic are another major factor; export costs have risen considerably, so a large quantity of pomelos originally destined for the export market were redirected to the domestic market, increasing local competition. The cost of shipping a single container of pomelos from China to the Netherlands currently surpasses $10,000, and the journey can take anywhere from four to seven weeks. This has not only pushed up prices of imported Chinese pomelos on overseas markets but also driven many overseas importers to give up on Chinese pomelos altogether. Over the past few years, export volumes of Chinese pomelos have seen limited growth, and now volumes are even showing signs of decreasing. Figures show that as of 2020, China’s annual pomelo export volume only reached 170,000 tons, not even 5% of national pomelo output. By comparison, the volume of imported pomelos has grown considerably over the past few years. China’s pomelo import volume increased from 30,000 tons in 2015 to around 80,000 tons in 2020, with the import value increasing from $36.66 million to $78.68 million over the same period.

Domestic pomelo production has also been on the rise, with supply outstripping demand and resulting in a sustained price slump. Several years ago, pomelo prices were pushing 6 yuan per jin, and even purchase prices at the point of origin were reaching 2–3 yuan per jin. Pomelos are a relatively large fruit, with a single pomelo weighing up to 4–5 jin (2–2.5 kilograms). They are also a very high output crop, with a yield of up to 5,000–6,000 jin per mu (37.5–45 metric tons per hectare). Based the purchase price of 2 yuan per jin at that time, pomelo orchards would bring in sales of more than 10,000 yuan per mu ($23,500 per hectare), which led many farmers to expand their orchards.

Figures from the Ministry of Agriculture and Rural Affairs show that China’s pomelo production has grown rapidly since 2003. By 2018, the domestic pomelo growing area had reached 1.4 million mu (93,300 hectares) and national output exceeded 5 million tons. These figures are still growing; according to incomplete data, national pomelo output reached 5.23 million tons in 2020. It is safe to say that China’s domestic pomelo market has reached saturation point, with a surplus of production capacity. At the same time, the rapid expansion of pomelo orchards has attracted increasing numbers of novice growers to the industry, resulting in greater discrepancies in growing methods and management ability and leading to variable quality among domestically produced pomelos.