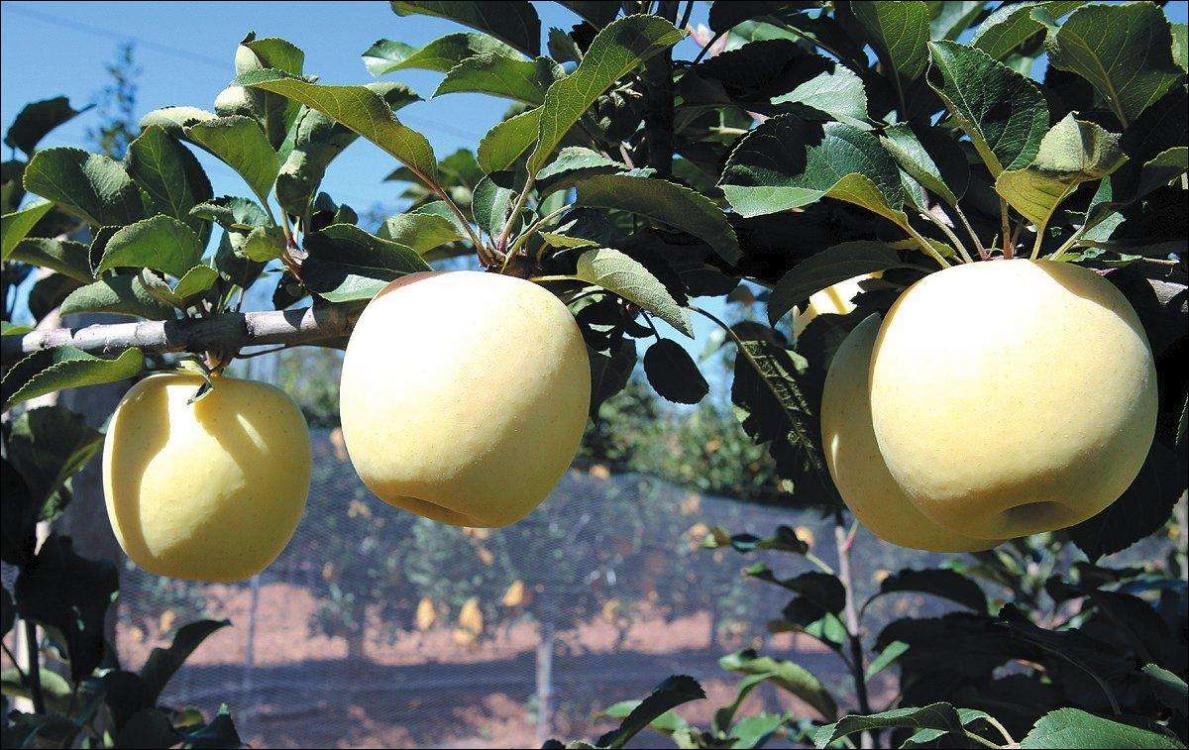 Two new apple varieties from a breeding program at Northwest Agriculture and Forestry University in Shaanxi province, China have recently received variety rights recognition from the Chinese government. Bred by the team overseen by Professor Zhao Zhengyang, the two new late-ripening varieties, “Ruiyang” and “Ruixue” are said to be the most significant apple breeds to come out of the university since it introduced the “Qinguan” variety in the 1970s.

Experts believe that yield, quality and other characteristics of these new breeds are superior to Red Fuji, a Fuji bud sport that is widely planted in Shaanxi, one of the top growing areas in China. It is believed that these varieties could become key parts of the apple crop across the Loess Plateau in the northern interior of China. The two varieties have already been planted in limited areas in Shaanxi, Shanxi, Shandong, Henan and Gansu provinces, where the orchards’ strong performances have gained much interest from apple producers.

Ruixue is a cross between Qinfu No. 1 and Cripps Pink. It is crisp and juicy with yellow skin and somewhat resembles a golden delicious. It ripens in mid- to late-October, has a roughly 16% sugar content and stores very well. Ruixue also begins producing quickly after being planted, bearing fruit by the second year. Its major weak point is that the skin tends to russet, and those fruit that have smooth skin tend to be relatively small.

Ruiyang is a red-skinned late-ripening variety which is a cross of Qinguan and Fuji. Ruiyang has carried over many desirable characteristics from its parents, such as high yield, ease of growing, large fruit size and smooth and skin. It stores well, and typically as a 16% or above sugar content.

China grows about 55% of the world’s apple crop by volume. But more than 90% of China’s apple output comes from varieties that were imported from other countries. The most widely cultivated domestically bred variety is Qinguan, which has many good characteristics from a grower’s standpoint, but the inferior texture and flavor of which has turned off increasingly quality-conscious Chinese consumers and led to falling market share.

Enforcement of plant variety rights is growing more stringent around the world. For example, Japan, the original breeder of many of the varieties of apple and other fruits that are widely planted in China, has recently announced a new initiative to protect the rights of its domestically bred fruit. The Ruixue and Ruiyang apple varieties represent an important step for China as it attempts to develop its own homegrown fruit varieties.