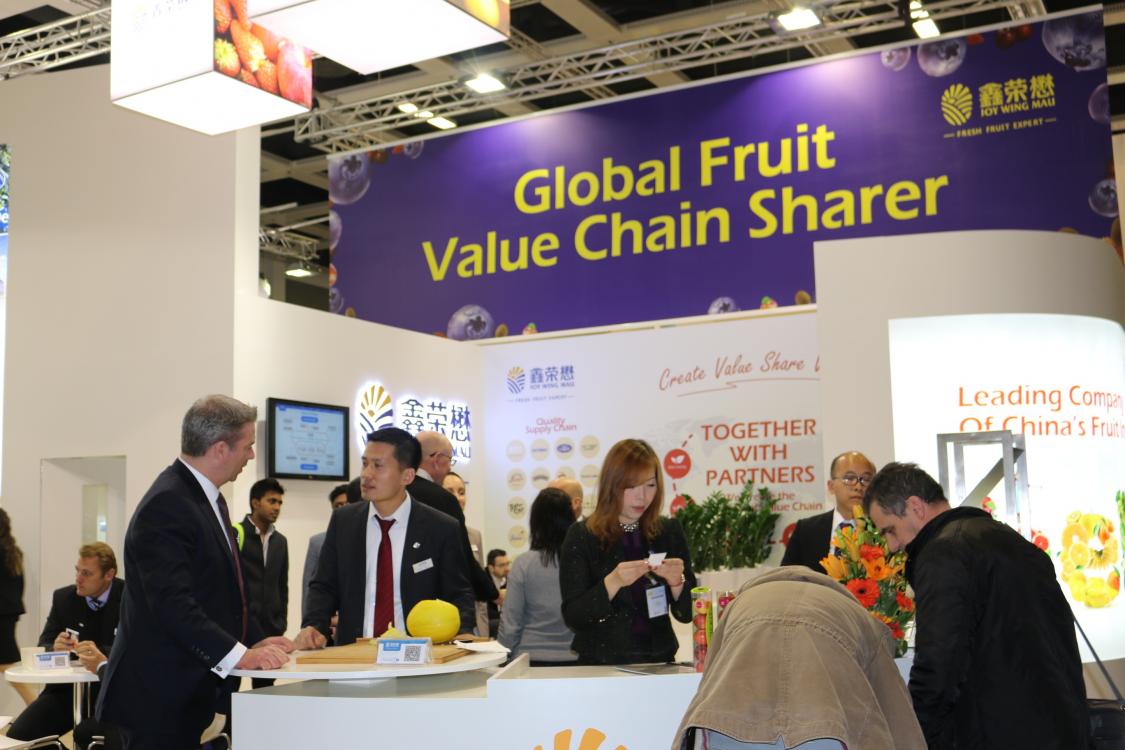 Joy Wing Mau, already one of the dominant players in China’s fruit industry, has started off 2017 with the announcement of two major joint ventures and one investment that will position it to further expand the depth and breadth of its operations.

The first of the joint ventures is with Capespan, a major South African based fruit supplier that owns a 10% stake in Joy Wing Mau. The deal will roll Capespan’s Asian subsidiaries, namely Metspan of Hong Kong and Capespan Japan, and all of Joy Wing Mau’s Asian operations outside of mainland China into a single joint entity named JWM Asia Holdings Limited. According to a statement provided to Produce Report on March 22 by Noel Shield, Director of Capespan Asia, the new arrangement will take effect from May 1 and JWM Asia Holdings Limited will be headquartered in Hong Kong.

According to a joint statement from Joy Wing Mau and Capespan, “This collaboration will instantly present all of Capespan’s suppliers with unparalleled access into the entire Asian market, supported by Joy Wing Mau’s unrivalled distribution and service infrastructure and experience.”

The JV will not cover India and Bangladesh, “because of Capespan’s existing formal relationships in these two countries. Capespan will continue to supply its customers in these unique market regions directly.”

It was also announced this month that Joy Wing Mau would form a Joint venture with Hortifrut of Chile to produce berries within China. The new entity will be 51% owned by Hortifrut and 49% owned by Joy Wing Mau.

According to a statement from Hortifrut, planting will begin from the beginning of next year: “As result of this agreement, Hortifrut shall provide high quality varieties of blueberries, raspberries, blackberries and strawberries to be produced by the new company Hortifrut will also have the mission to combine and support the joint venture local production with high quality berries from all over the world in counter season providing the most solid supply for the full berry category to be shipped year round to China. ”

“We believe that the China berry market will be the most important market in the world, and we will be a significant part of it” said Víctor Moller, Chairman of Hortifrut.

In January of this year, Joy Wing Mau and Shennong Variety Management Ltd of New Zealand announced that Joy Wing Mau had invested in a stake in Shennong, which is focused on trialing and introducing new varieties of fruit in the China market and managing varietal intellectual property.

The investment will give Joy Wing Mau first option on proprietary varieties of fruits such as apples, grapes, cherries, pears, blueberries, peaches, apricots, and nectarines that Shennong is bringing into China.

Taken together, Joy Wing Mau’s recent moves position it to expand its presence further in other Asian countries and also to shore up the base of its vertical integration by strengthening its production capacity and varietal portfolio.