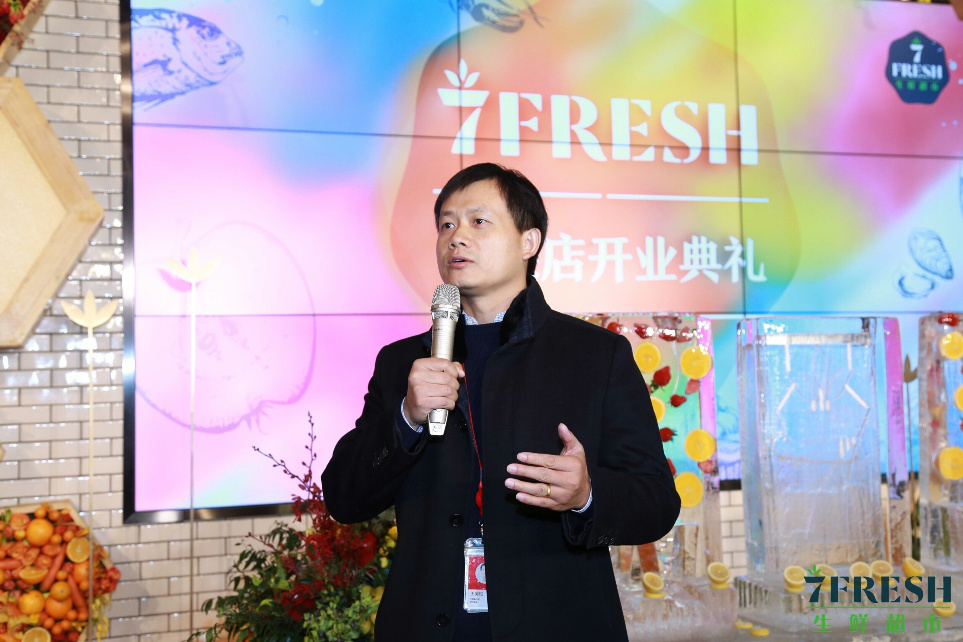 For 7Fresh, the young supermarket brand owned by Chinese e-commerce giant JD.com, 2018 will be a, “life or death mad rush,” to “cover the entire Beijing market” and make progress in the goal of opening more than 1,000 outlets across China during the next three to five years, according to Wang Xiaosong, president of JD’s fresh division and CEO of 7Fresh.

Following the launch at the very end of last year of the first 4,000m2 7Fresh outlet near JD.com headquarters in Beijing, the second 7Fresh outlet officially opened on 2 March at the China Resources Dreamport (五彩城店) shopping center in northern Beijing. 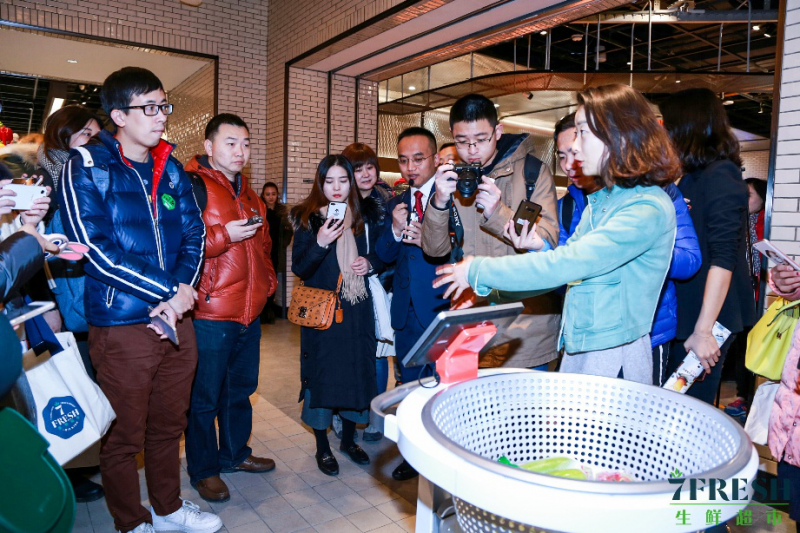 The 7Fresh concept focuses heavily on a range of fresh goods, including produce, meat, seafood, bakery goods, ready-to-eat packaged food and cooked-to-order foods. The supermarket also aims to integrate JD’s technical expertise to raise the level of its products and customer experience—with data analytics to help choose inventory based on customer behavior and manage its supply chain. It also integrates “online to offline” retail into its core business, offering consumers within a several kilometer radius the ability to order groceries online and receive delivery to their doorsteps within 30 minutes.

The newly opened 2,600m2 space follows a similar layout to the first 7Fresh supermarket, with some concessions, such as the lack of an in-store dining area, to accommodate the smaller space. 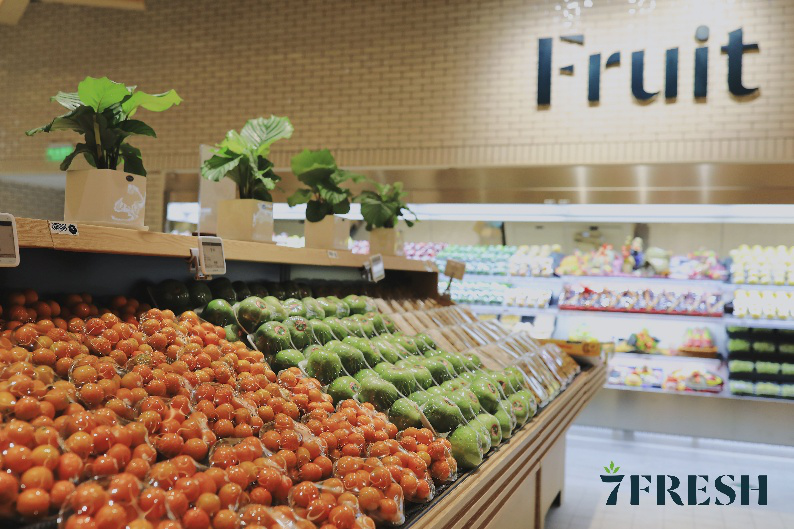 7Fresh will serve as a laboratory for JD.com to further its goal of seamlessly integrating online and offline retail, and redefining retail in China while also developing a leading position in the country’s offline grocery retail sector. It promises to be a tough battle, as JD.com goes up against competitor Alibaba Group, which holds similar ambitions with its Hema supermarket brand.

JD Fresh was launched in 2016, initially as an online component of the JD.com ecommerce platform. “During these two years of development, the most significant thing that’s happened with JD Fresh is that we’ve built up our fresh supply chain capabilities,” said Wang in a media release accompanying the opening of the new 7Fresh outlet. “If we hadn’t had these two years of diligent work and study, 7Fresh wouldn’t have been able to offer such a wide variety of fresh goods out of the gate.”

Wang points out that due to short shelf-life and high turnover, fresh goods are a major headache for the grocery retail industry. JD.com hopes to gain an advantage by using technology to optimize its supply chain, restocking and in-store operations, thus making fresh goods account for as much as 75% of its inventory list, while still offering its customers healthy, safe and fresh products.

This year’s PMA Fresh Connections China conference will be held on 21 March in Shenzhen. JD Fresh will be featured at the event, with Mike Li, Procurement Director of Fresh Fruit & Vegetables for JD.com appearing alongside a representative from Alibaba for a panel discussion on “The Future of Retail and E-tail in China”. Those interested in learning more about JD.com’s approach to fresh produce retail in China, and the opportunity to interact with representatives from more than a dozen Chinese importers, retailers, wholesalers and e-commerce companies, can learn more at the PMA Fresh Connections: China webpage.