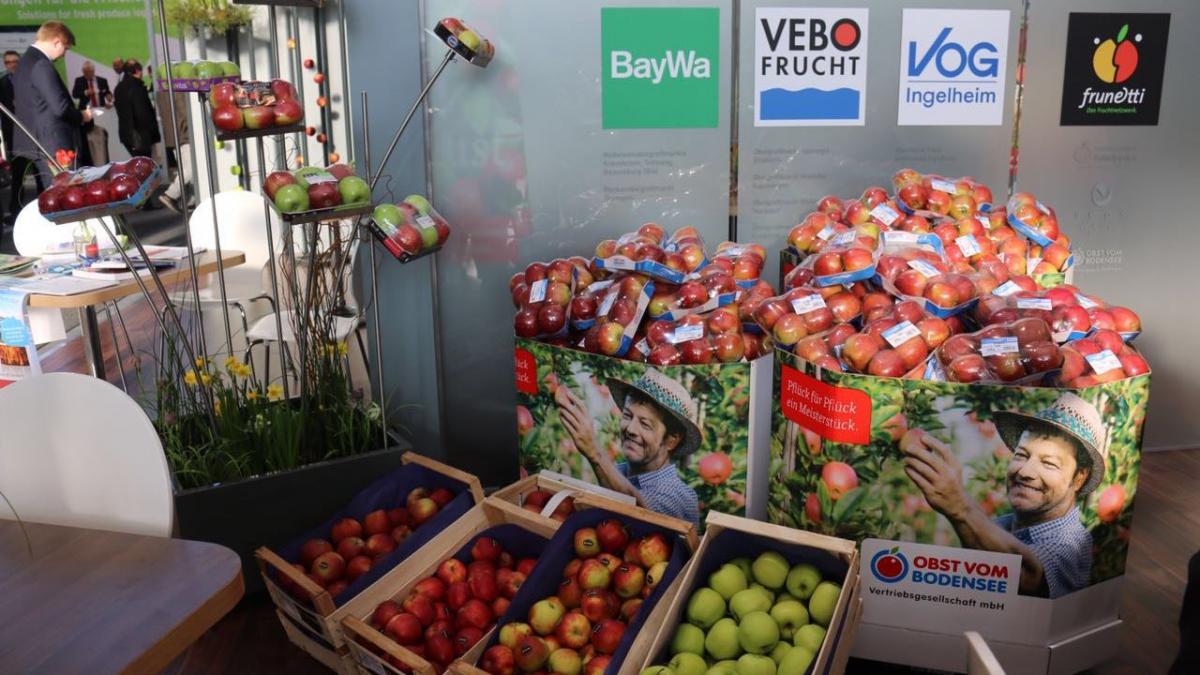 At the FRUIT LOGISTICA 2017 fair held in Berlin earlier this month, Produce Report had the opportunity to interview Dr. Christian Weseloh, CEO of the German Association of Fruit and Vegetable Growers (BVEO – Bundesvereinigung der Erzeugerorganisationen Obst und Gemüse e.V.), and Carolin Metzger of BayWa, regarding the association’s future plans to export German apples to China. 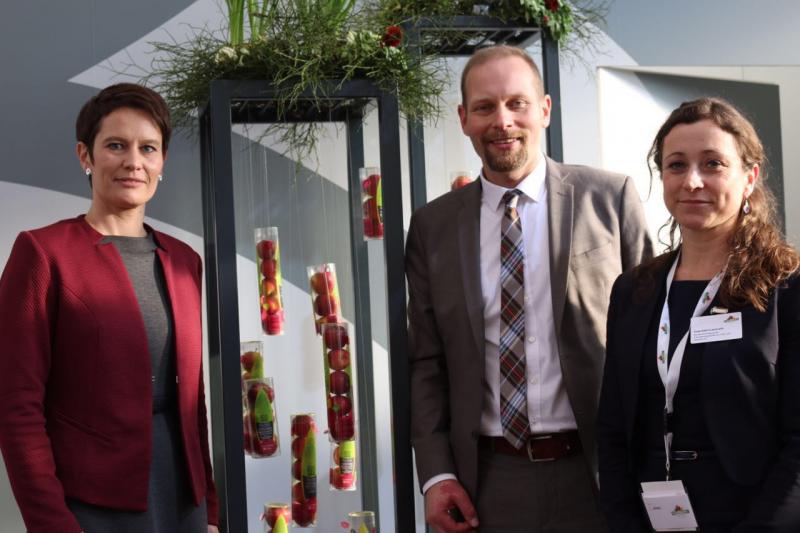 BVEO is an association of 32 producer organizations and 10 companies in the German fruit and vegetable sector and represents the interests of its members, organizes participation in trade fairs and congresses, and coordinates marketing and PR activities. BayWa is a German conglomerate with worldwide operations in agriculture, energy, and building materials. Germany was the partner country for FRUIT LOGISTICA this year, with BVEO working in partnership with the German Federal Ministry of Food and Agriculture (BMEL) to showcase the diversity of German fresh produce under the slogan “Germany – Your Garden”.

Germany is one of the main apple producers in Western Europe alongside France and Italy, with around 6,000 growers harvesting approximately one million tons each year across a cultivation area of 32,000 hectares. The key production areas are the northern Altes Land region (8,900 ha) and the southern region around Lake Constance (7,000 ha), alongside smaller growing regions in the states of Saxony (2,500 ha) and Rhineland-Palatinate (1,500 ha) and throughout Germany. Two-thirds of German apples are sold through producer organizations, mainly for fresh consumption, with smaller quantities sold directly through self-marketers or at the farm gate.

Germany has a strong domestic apple market. Indeed, apples are the best-selling fruit nationwide with a domestic consumption of 17 kg per capita, and they account for around 75% of the total national fruit harvest. Preferred varieties among German consumers include the aromatic-juicy Elstar apple (210,000 tons) followed by the sweet-tart Braeburn (107,000 tons) and Jonagold (125,000 tons) varieties. German growers also produce an extensive range of other varieties, including classics such as Red Jonaprince, Gala, and Fuji, and new varieties such as Kanzi, Greenstar, Rubens, and Diwa. 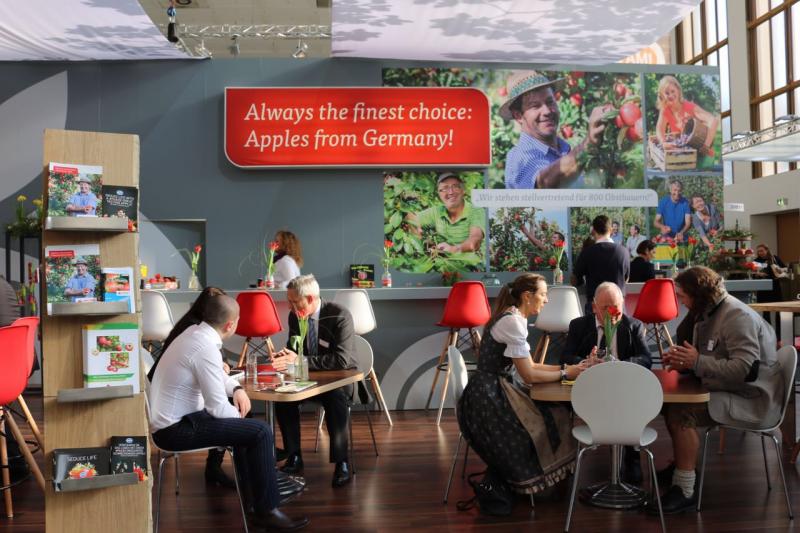 BVEO now seeks to export its apples to China in order to diversify the market options for its growers. In contrast to neighboring producers such as Poland, no fruit from Germany is currently permitted to enter China. It is hoped that this will soon change to create a win–win situation for trading partners on both sides. BVEO and the German government have already completed the two-year monitoring period for Mediterranean fruit flies according to the pest risk analysis (PRA) requirements and submitted the necessary documentation to Chinese authorities, and they are awaiting final negotiations for market access. Their market research and exhibition at the recent Asia Fruit Logistica have also shown a demand for German apples in China. As Dr. Weseloh and Ms. Metzger put it, “We have the demand, we have the fruit, and we wait for the ‘go’.”

According to Dr. Weseloh and Ms. Metzger, one of the key strengths of the German apple industry is its rigorous commitment to high standards of food safety, quality, and traceability from orchard to consumer, including comprehensive quality-management procedures, independent auditing, and continuous improvement. In particular, German authorities have very low maximum residue levels (MRLs) and the independent standards of the retailers are far stricter. These rigorous quality controls throughout the entire process and state-of-the-art packing and storage facilities allow the consumer to enjoy delicious, high-quality, and safe produce.

Can I get a reliable supplier of quality and fresh apple, pls contact me. dealeboh@gmail.com Skype. dealeboh +2348033155159