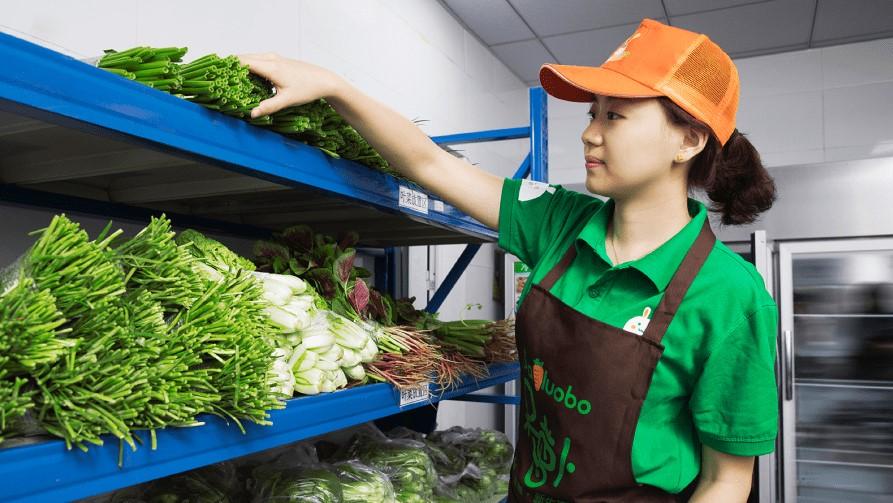 On the evening of Oct. 20, Chinese fresh produce e-commerce platform Dailuobo announced on the homepage of its app that it would be closing down. The announcement indicated that the app’s parent company Caicai would be ceasing operations, the Dailuobo app would no longer be offering services to consumers and all physical stores would be closing in the coming days.

Dailuobo was founded in 2015 and is owned by Anhui Caicai E-Commerce Co. Ltd. The Dailuobo platform follows an “online order, next-day offline pickup” model, which allows users to pay for their grocery orders in the app using a prepaid top-up system.

The Dailuobo platform had previously undergone several funding crises beginning in late 2019. In November 2019, it was revealed that Dailuobo was behind on vendor payments and staff wages and was making layoffs and closing some stores. On Nov. 23, Dailuobo acknowledged these financial difficulties on its WeChat public account. On Dec. 6, the Dailuobo app announced that it was re-launching its services and that 100 stores would be re-opening on Dec. 9, beginning with the city of Hefei where the platform was originally launched. On March 11, 2020, not long after Dailuobo announced this comeback, the Intermediate People’s Court of Anhui City, Hefei province, issued a bankruptcy notice stating that the operating entity of the Dailuobo platform had begun bankruptcy and restructuring procedures according to local laws.

Commentators have attributed Dailuobo’s demise to overly rapid expansion, which led to frequent wide-reaching issues with transportation, product quality, user experience and after-sales service. The supply chain was also affected by delays. In addition, Dailuobo failed to offer a unique proposition in terms of product selection, customer service or delivery; without a competitive edge, the company found itself constantly burning through funds in attempt to gain a hold on the market.

This year has seen a succession of Chinese fresh food e-commerce merchants withdraw from the market. In July 2021, community group-buying platform Tongcheng Life, once a major player in the sector, announced that it was filing for bankruptcy. The same month, it was reported that the headquarters of e-commerce platform Shixianghui were deserted, with the company suspected of bankruptcy. In September, it was announced that the Chengxin Youxuan platform, operated by transportation company DiDi Chuxing, was merging into e-commerce giant JD.com. At present, the community group-buying sector has now passed through its rampant expansion phase, with only the largest players still standing to battle it out for the future of the market.