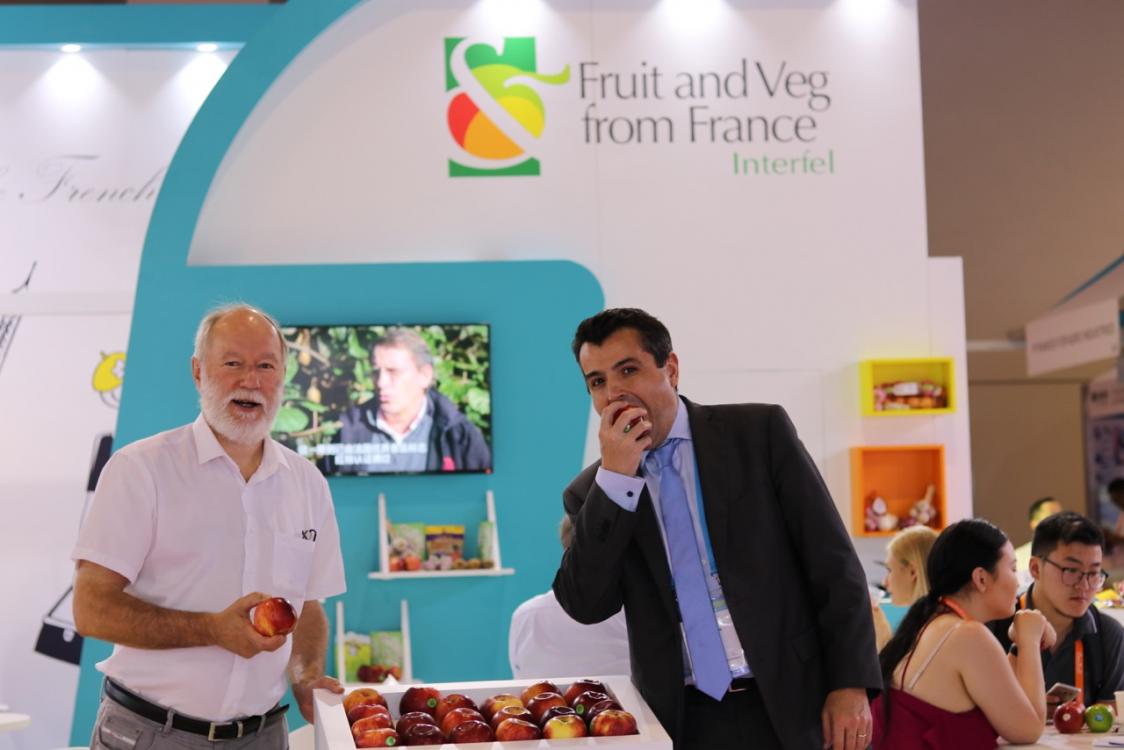 Last month’s inaugural China Fruit Logistica, which was held in Shanghai on May 14–16, brought together key players from across the international produce industry to network and explore new business opportunities. One of the exhibits was the French Pavilion organized by the Inter-branch Association of the Fresh Fruit and Vegetable Industry (INTERFEL). Produce Report was in attendance at the event and took the opportunity to learn more about the French fruit and vegetable sector and its ambitions for the Chinese market. 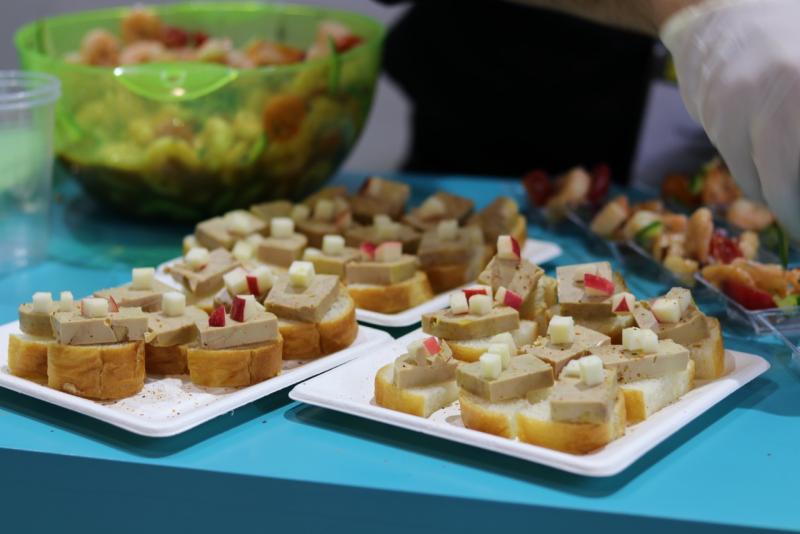 France is a major agricultural producer that grows 2.75 million tons of fruit and 3.5 million tons of vegetables annually, making it the fourth and fifth largest European producer of fruit and vegetables, respectively. The main fruits grown in France are apples (58%), melons (10%), and peaches and nectarines (10%), alongside smaller volumes of apricots, kiwifruits, plums, strawberries, grapes, and cherries. The main vegetables grown in France include tomatoes (21%), salad vegetables (16%), carrots (12%), and cauliflowers (11%), in addition to smaller volumes of chicory, leeks, cabbages, cucumbers, zucchini, shallots, artichokes, garlic, and asparagus. While much of this produce is consumed domestically, each year France also exports approximately 800,000 tons (30%) and 750,000 tons (21%) of its fruit and vegetable crops, respectively, predominantly to other European countries.

Apples account for 71% of French fruit exports. In fact, France is the third largest apple producer in Europe with 1.62 million tons of the fruit being harvested each year. Highlighting the importance of apples to the French produce sector, three apple companies were in attendance at the French Pavilion. French apple growers have a reputation for producing high-quality and safe apples while respecting the environment. Although traditional varieties, such as Fuji, Gala, Golden, Granny Smith, and Red, represent 80% of the total production, modern varieties, such as Antares, Ariane, Honeycrunch, Jazz, Pink Lady, and Tentation, are also playing an increasingly prominent role, as are organic apples farmed using environmentally responsible production methods. 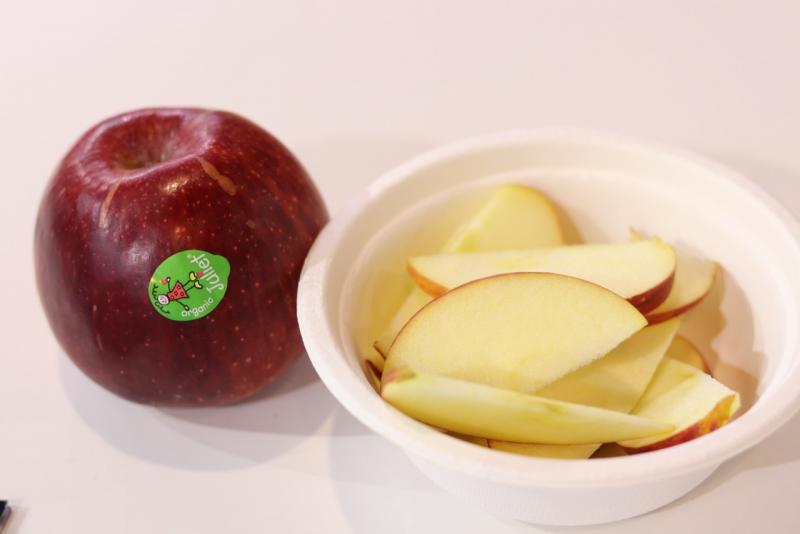 One such example is Juliet, a proprietary variety of organic apple with a sweet taste and little acidity. At China Fruit Logistica, Produce Report had the opportunity to interview Daniel Corbel, President of Cardell Export, which holds the exclusive license to sell Juliet apples worldwide. Cardell is a French company that has been growing, packing, and exporting apples for 40 years and has an annual production volume of 50,000–55,000 tons. At present, Juliet apples account for approximately 10,000 tons of this total and growers are currently planting more trees with the goal of reaching 20,000 tons. According to Mr. Corbel, Juliet apples were developed in response to the growing trend of consumers to seek out healthier fruit with no pesticide residues, allowing growers to replace less successful conventional apple varieties with higher-value products. 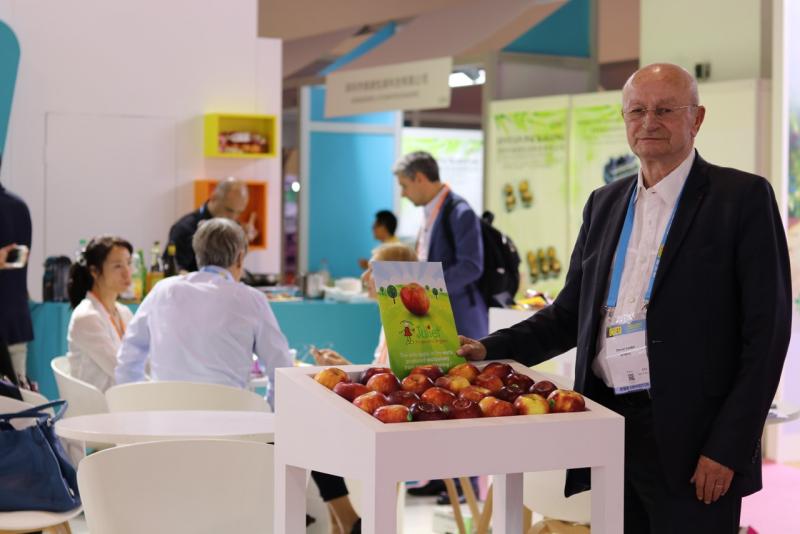 Since introducing Juliet apples to the French market in 2008, Cardell has been gradually expanding the production volume and range of export destinations for this variety, starting in the Middle East with existing customers in Dubai several years ago and subsequently moving on to Southeast Asia with Singapore, Indonesia, Malaysia, Thailand, and Vietnam. At present, 80% of Juliet apples grown are consumed domestically and the remaining 20% are exported, with Malaysia and Vietnam among the major markets. Last year, the company shipped 80 containers of Juliet apples to Southeast Asia, each containing 15–18 tons. Juliet apples are also already available in Hong Kong and Taiwan, and Cardell aims to introduce them to mainland China in the near future, pending the appropriate approval and certification being obtained. Although the demand for Juliet apples has been so strong that this season’s crop has already sold out, Mr. Corbel explained that he had met potential customers at the conference that may be interested in working together to bring Juliet apples to China next season. 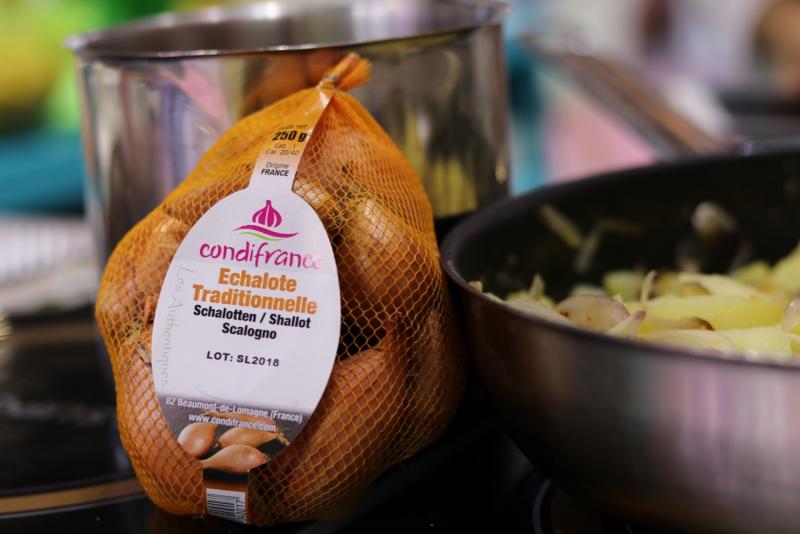 Another company exhibiting at the French Pavilion was CondiFrance, which specializes in garlic, onions, and shallots. The company currently exports French garlic and onions to China, particularly to high-end supermarkets such as Citysuper and Ole’. Traditional shallots, of which France is the largest producer in Europe with 40,000 tons annually, are also expected to reach China in the near future. 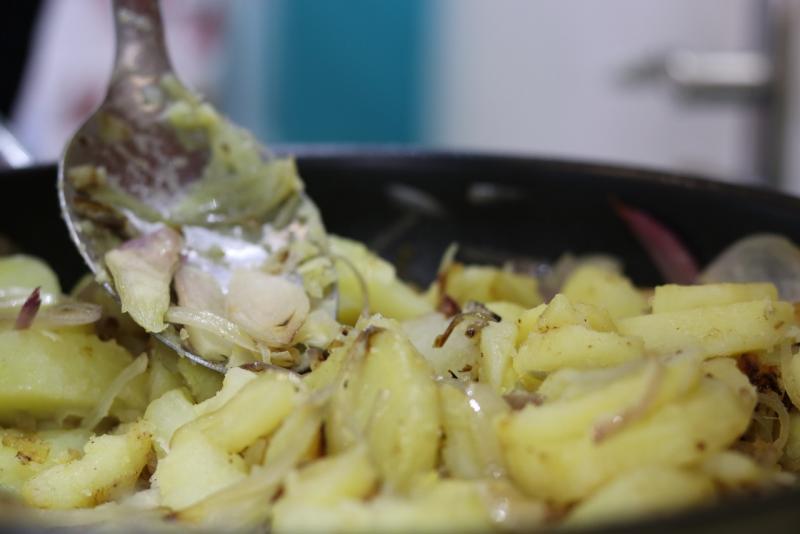