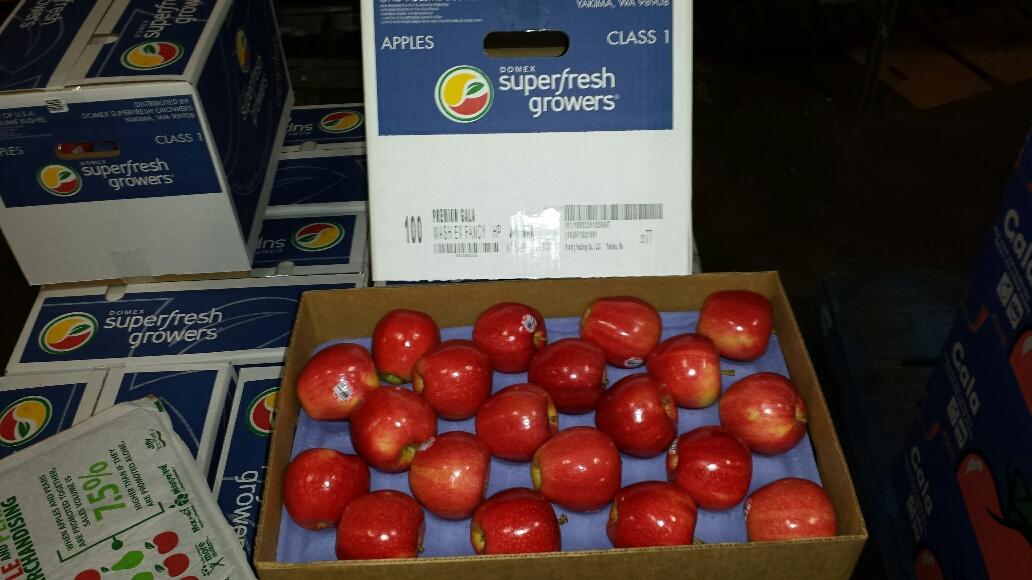 This August, the first ever shipment of Gala Apples from Washington State to Shanghai, China under the new agreement was made by Domex Superfresh Growers to Lantao.

Access to China’s market for Gala and other apple varieties from the USA was announced by the U.S. and Chinese governments on Jan. 26, 2015.  The procedures under the new protocol was just recently put in place.

Up until the new protocol, only Washington State Red Delicious and Golden Delicious apples were allowed into China.  It has taken years of negotiations and the access of China’s Fuji apple to the USA in order to get full-varietal access for all USA varieties to China.

As the largest supplier of Gala Apples from the State of Washington, USA, we are honored and excited to have the opportunity to share our growers’ passion for nurturing and delivering safe, nutritious and consistently high quality fruit,” said Robert Kershaw, President of Domex Superfresh Growers headquartered in Yakima, Washington. “The apples are grown in ideal conditions in our rich volcanic soil with an abundance of sunshine and sparkling clean water” Kershaw added.

Lantao will use their Shanghai headquarters as a launching point to distribute the Galas throughout China’s various markets.

“The Lantao team is from mainland China, so we understand the consumer market in China better than anyone in the fruit import business.” said John Wang, CEO of Lantao.  “Our capabilities allow us to reach the various marketing channels in China including e-commerce, supermarkets, fruit stands, push carts, farmer’s markets and small wet markets in all regions in China, not just the big-three cities of Beijing, Guangzhou and Shanghai.”

Lantao is the largest importer and distributor of premium fresh fruit from around the world into China.  Their distribution locations include Shanghai, Beijing, Guangzhou, Zhengzhou, Herbing, Shenyang and Qingdao.