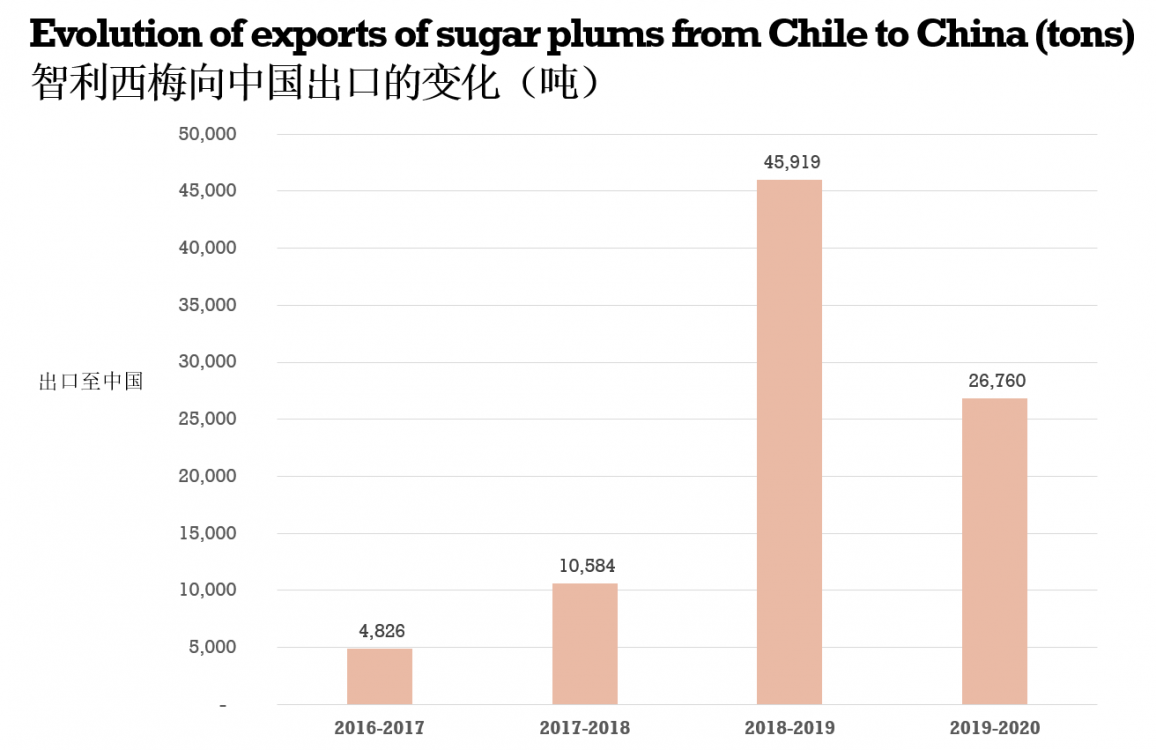 With Chile now into the second half of its sugar plum export season, volumes to China are expected to see “positive growth” according to the Chilean Stone Fruit Committee of the Chilean Fruit Exporters Association (ASOEX). This bright news comes amidst expectations of a decline in global exports of other Chilean stone fruits this season due to storms in early February that damaged crops.

Sugar plums originate from Europe and belong to the species Prunus domestica, as opposed to most other commercial red- and black-skinned plum varieties, which are of the species Prunus salicina. Chile’s sugar plum production was historically used almost exclusively for making dried plums rather than being marketed as a fresh fruit. However, this all changed when Chilean exporters began sending small volumes to China (165 tons in the 2014/15 season).

The plums proved popular with Chinese consumers, who were attracted to the high Brix values. This led to rapid growth in exports of Chilean sugar plums to China from 2015 to 2019, including a large spike from 10,584 tons in the 2017/18 season to 45,919 tons in the 2018/19 season, resulting in unfavorable prices and difficulty for traders in moving the product. During the subsequent 2019/20 season, Chilean sugar plum exports refocused on quality and trimmed volumes, leading to better market conditions by the end of the season, despite early-season disruptions due to the COVID-19 outbreak.

“The volumes in the 2019/20 season put Chilean sugar plums back on track for sustainable growth in the China market and created a more mutually beneficial commercial program with our importers and distributors,” said Charif Christian Carvajal, ASOEX’s marketing director for Europe and Asia, who presented an online lecture on Feb. 24 providing an overview of the 2020/21 Chilean stone fruit season in China. “For the 2020/21 season we expect to see positive growth of export volumes versus last season.” 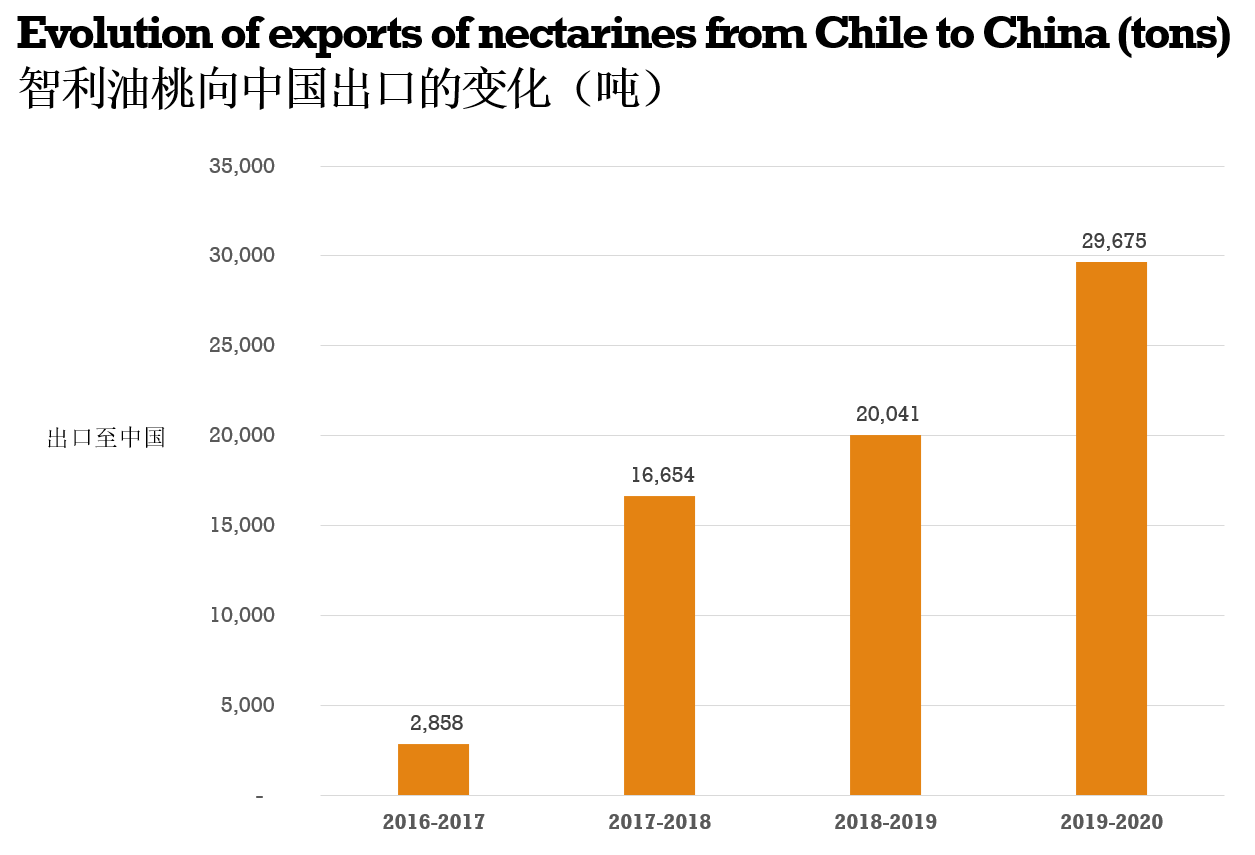 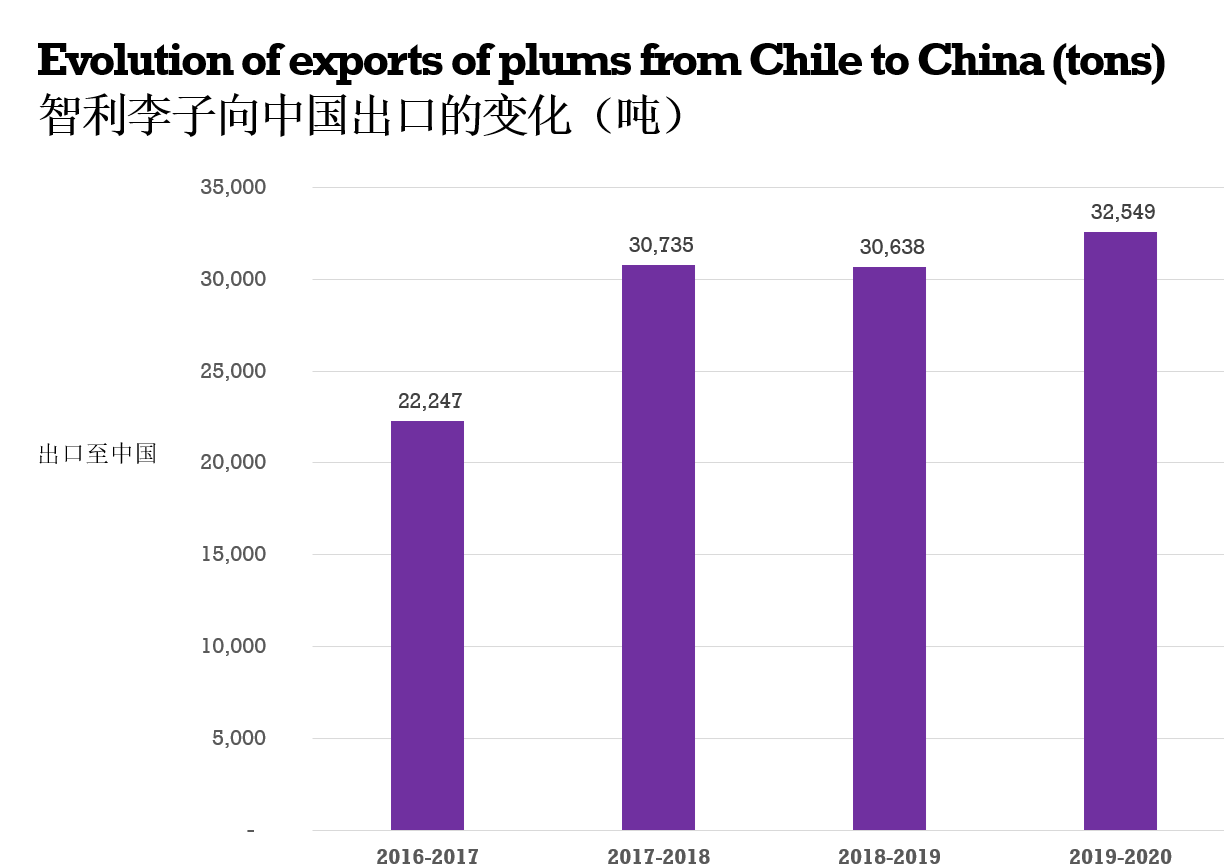 The prospects for Chilean stone fruit in China over the long term look bright — especially under the active promotion of the Chilean Stone Fruit Committee. Various retailers interviewed by Produce Report see a lot of growth potential in Chilean nectarines, regular plums and sugar plums in the China market.