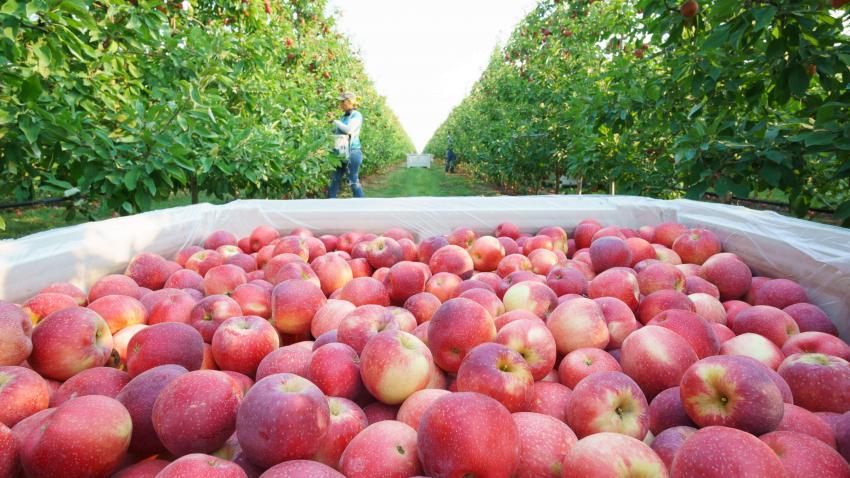 The Quarantine Supervision Department of China's General Administration of Customs (GACC) on Friday posted on its website an advisory directing quarantine personnel to strengthen inspection and quarantine of apples and unprocessed timber arriving from the United States. According to the advisory, quarantine inspection personnel at ports in Shanghai, Shenzhen, Qingdao, Xiamen and other cities have recently intercepted shipments of apples and logs originating from the US that contained six different types fungus and insects that could pose a threat to China's forestry and agriculture industries if they gain a foothold here.

The advisory therefore instructs quarantine personnel to increase on-site inspections of US apples and logs entering China, detain any questionable shipments while laboratory tests are carried out, and return or destroy any shipments found to pose a quarantine threat.

The Quarantine Supervision Department was formerly a part of China's General Administration of Quality Supervision, Inspection and Quarantine (AQSIQ) before being moved under the umbrella of GACC this year as part of a broader bureaucratic reorganization.

Since the new procedures went into effect, the Quarantine Supervision Department has in some cases rolled them back in response to specific quarantine threats. For example, the on-site inspection rate for Australian fresh fruit entering China was increased back to 100% due to a fruit fly outbreak in Tasmania and Western Australia earlier this year.

Friday's advisory used the Latin names to identify three rot-causing fungi (Neofabraea perennans, Phacidiopycnis washingtonensis, and Sphaeropsis pyriputrescens) and three insects (Ips grandicollis, Curculionidae, spp., and larvae of Cerambycinae, spp.) found in shipments of US apples and logs. Fruit rotting fungi were discovered in shipments of French, Polish and US apples entering China in 2016 to 2017, also prompting an advisory from the Quarantine Supervision Department.

According to industry sources in Shanghai and Shenzhen, as far as those sources can ascertain, all shipments of US fruits entering port in those two cities are currently being subjected to on-site inspections, which typically take no more than a day. Additionally, in Shenzhen, as far as the source there has seen, all shipments of US fresh fruits are being subjected to laboratory testing. The source in Shenzhen said that in a departure from past practice, quarantine officials are holding US fresh fruits at port while the laboratory tests are completed—a process that typically takes five to seven days. Normal practice in the past for shipments chosen for random laboratory inspections has been for quarantine officials to release the shipment immediately, without waiting to see the results of the laboratory tests.

The US and China are currently engaged in a simmering trade dispute set off by a series of tariffs and planned tariffs announced by the Trump administration earlier this year. As the US has targeted Chinese industrial and high-tech exports, China has retaliated with measures and threats of measures largely against US agricultural products. These include tariffs announced April 2nd of an additional 15% on top of existing tariffs on most US fresh fruit, dried fruit, nuts, ginseng and wine, and an additional 25% on certain pork products.

China's Ministry of Commerce also announced on April 20th that it was enacting anti-dumping measures against US-grown sorghum.

The uncertainty and risk of losses associated with the stepped-up inspections has traders on the edges of their seats. California strawberries are currently arriving and the California cherry season is just getting underway. Both fruits are more delicate than some other major US fresh fruit exports to China such as citrus and apples—and are therefore more sensitive to quarantine delays. Last year 31% of California's cherry crop was exported, according to the California Cherry Board. Mainland China was the fourth largest export market for California cherries, taking about 8.4% of total cherry exports.

The California cherry season is followed by Oregon and Washington. According to the Northwest Horticultural Council, 35% of last year's Pacific Northwest sweet cherry crop was exported. China edged out Canada as the top export market, with 5.95 million pounds (2.7 million kg) of imports.