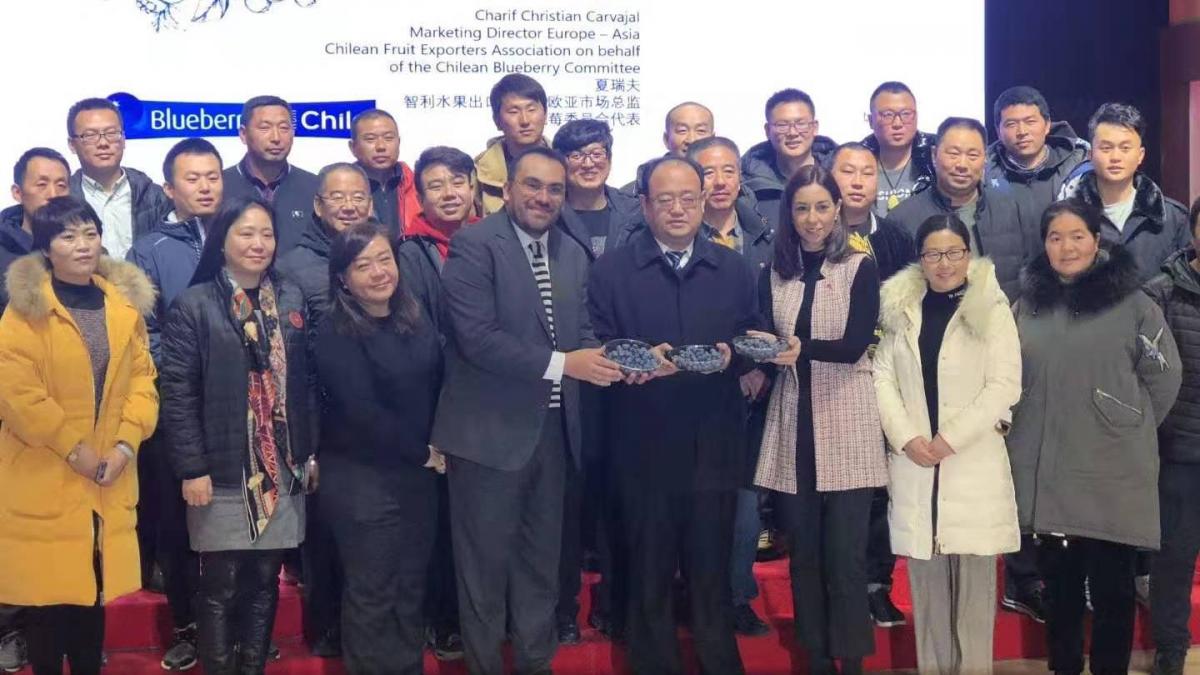 On Nov. 26 in Shanghai and Nov. 28 in Beijing, the Chilean Blueberry Committee of the Chilean Fruit Exporters Association (ASOEX) held workshops discussing Chilean blueberries with support from Shanghai Oheng Import and Export Company and Xinfadi wholesale market. More than 40 major Chinese blueberry importers and distributors attended the two events, along with two leading Chilean exporters, Prize and Giddings Fruit, and Natalia Cortes, Chile’s trade commissioner in Beijing. During the workshops, Charif Christian Carvajal, ASOEX’s marketing director for Europe and Asia, provided a wide-ranging overview of the Chilean blueberry industry and the committee’s recent efforts to promote its produce and develop quality standards to ensure food safety and the production of quality blueberries. 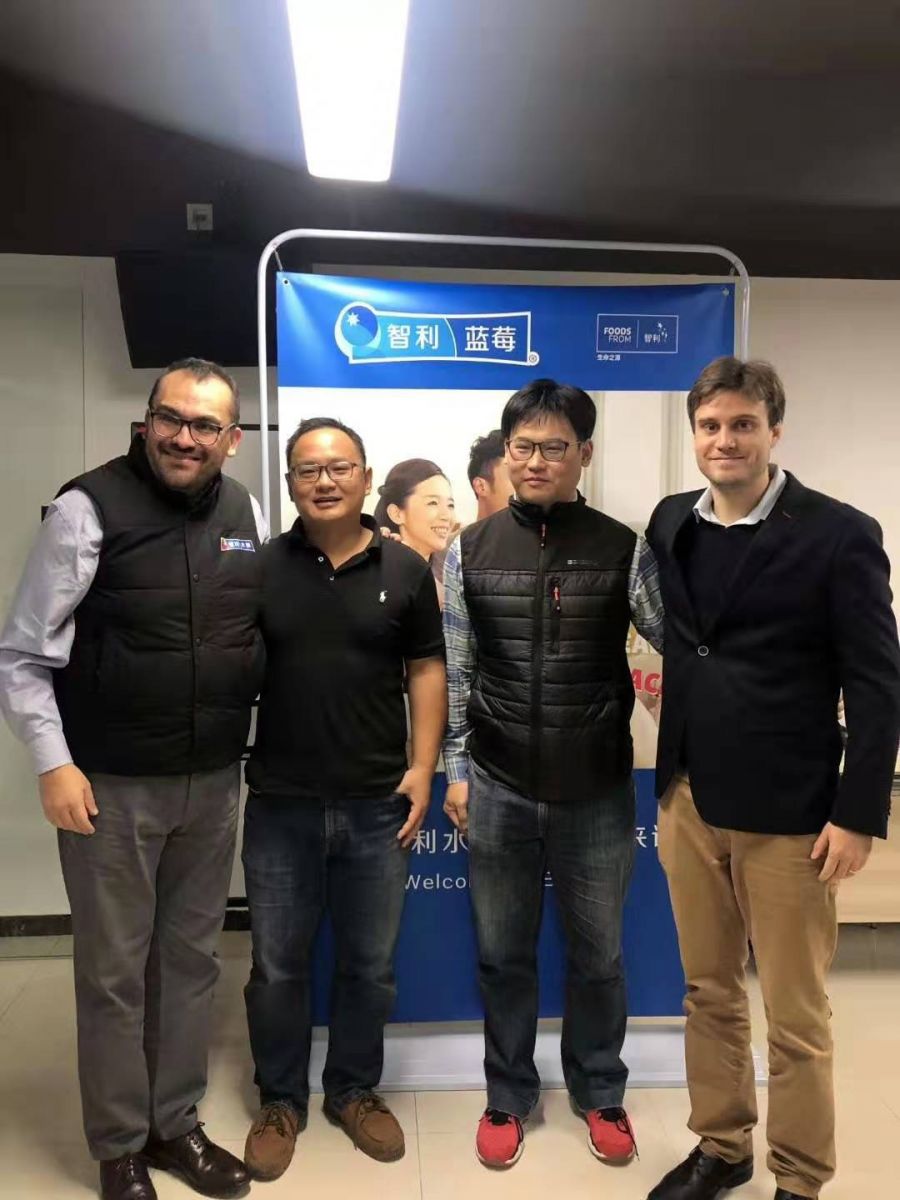 Chile is the world’s largest exporter of several fruits, including blueberries, cherries, plums and table grapes, and in 2018 became the largest exporter of fresh fruit to China for the first time. In addition, Chile has also seen success with its avocados, kiwifruit and stone fruit and recently secured access to China for its pears. The Chilean Blueberry Committee represents 76% of total fresh blueberry exports from Chile, while its parent organization ASOEX represents almost 96% of Chile’s fresh fruit exports by volume.

During the workshops Carvajal commented, “The committee has this year spearheaded the adoption of its new quality system, under which growers and exporters will follow a set of quality guidelines aimed at ensuring the continued success of Chilean blueberries.” This system includes several aspects, such as variety renewal to replace old varieties with new ones possessing superior characteristics, orchard management to reduce the presence of mold and increase firmness, harvesting management to help preserve the fruit for longer, and post-harvest techniques to maintain the quality and condition of the fruit. 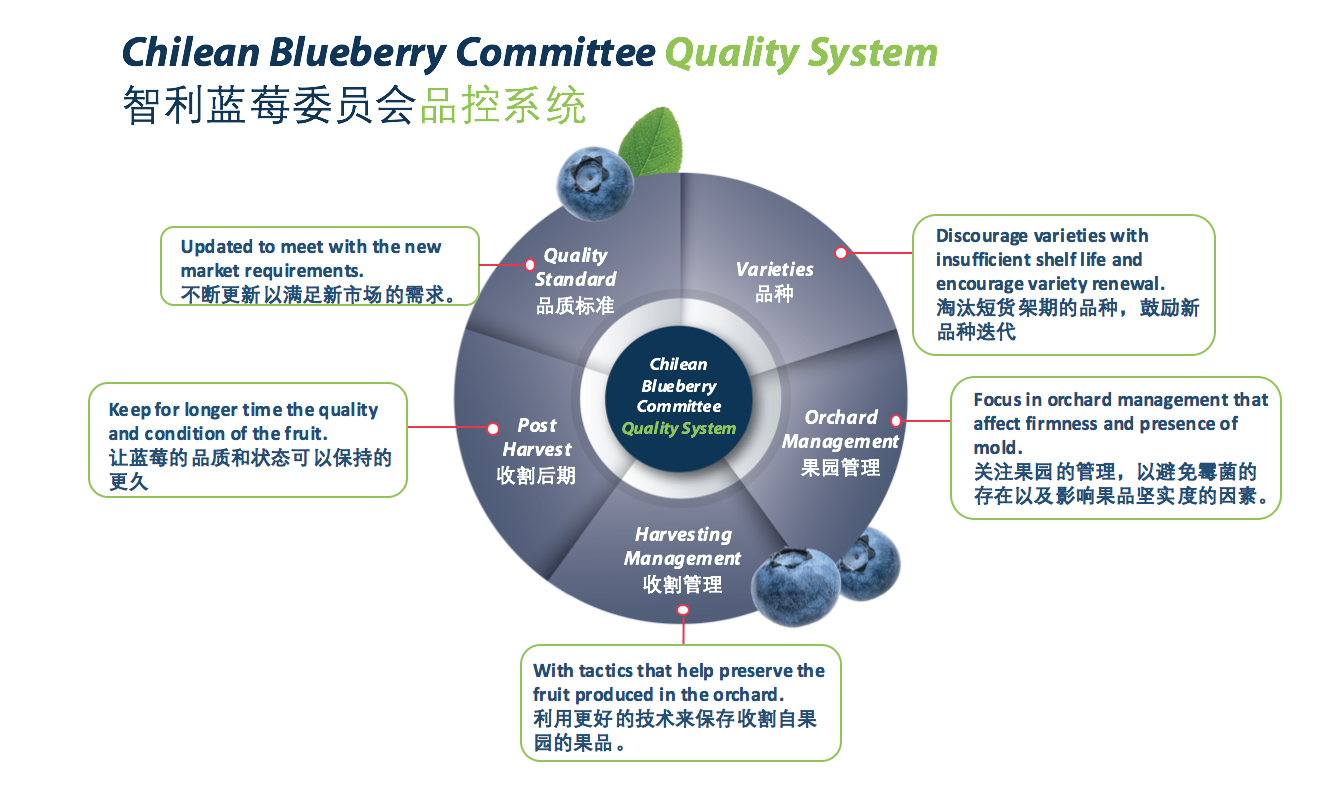 Carvajal explained that one of the key differentiators of the Chilean produce sector is its active commitment to the Chinese market. Indeed, the sector has undertaken several extensive promotional campaigns in China over recent years, with the committee reinforcing its promotional efforts this year to increase the consumption of blueberries during the winter months. In the case of blueberries destined for the Chinese market, market research indicates that sweetness is the top criterion for Chinese consumers, with taste tests suggesting that participants preferred the sweetness and overall eating experience of Chilean blueberries. Consequently, the committee’s promotional activities in China this year will focus on positioning Chilean blueberries as a sweet and healthy snack. 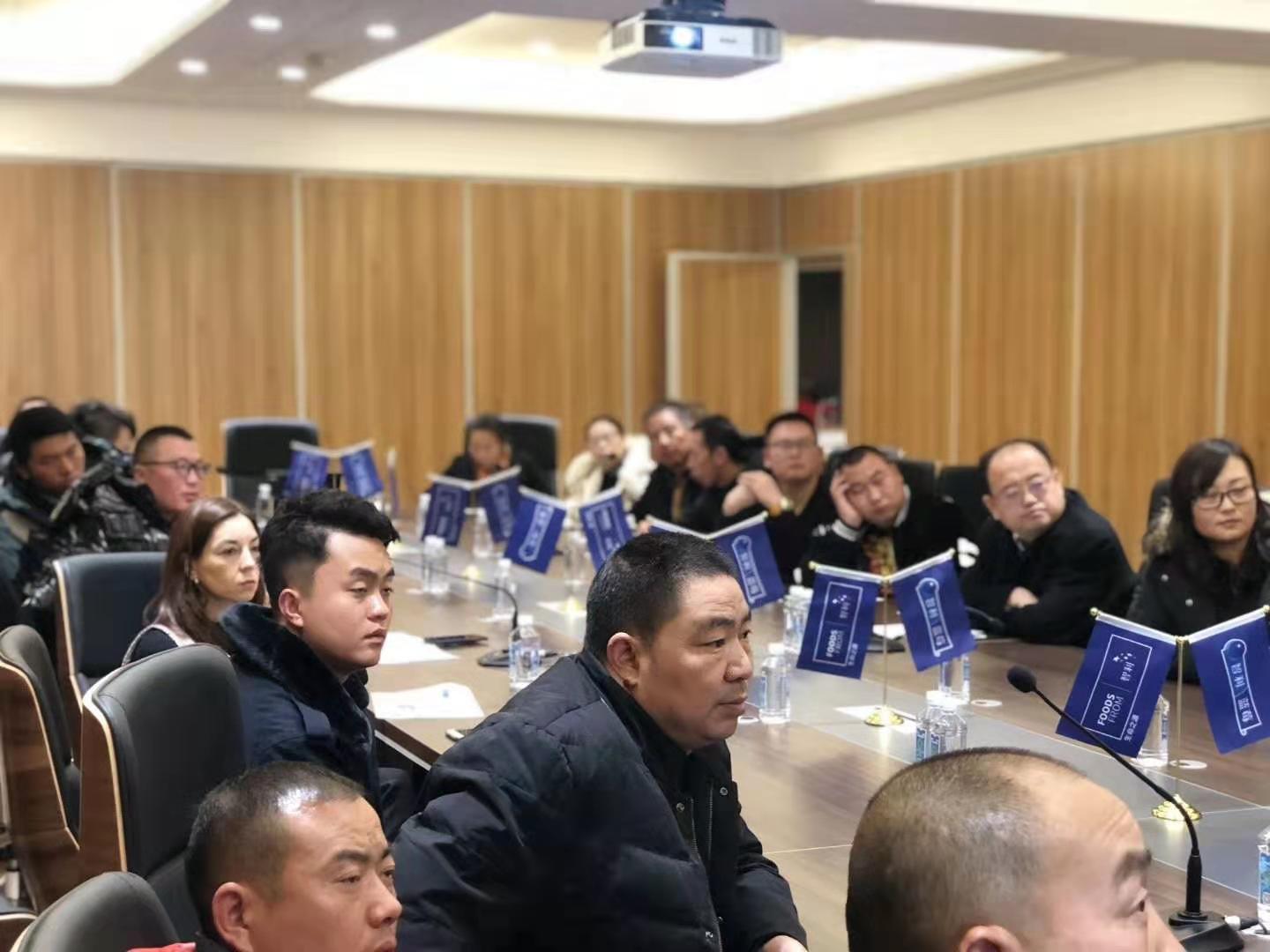 In another effort to support the industry, the committee also makes available, free of charge, its crop and export reports every week throughout the blueberry season, providing importers with valuable information concerning the evolution of the season, export volumes, conditions in Chile and crop status. These reports can be accessed on the committee’s website. 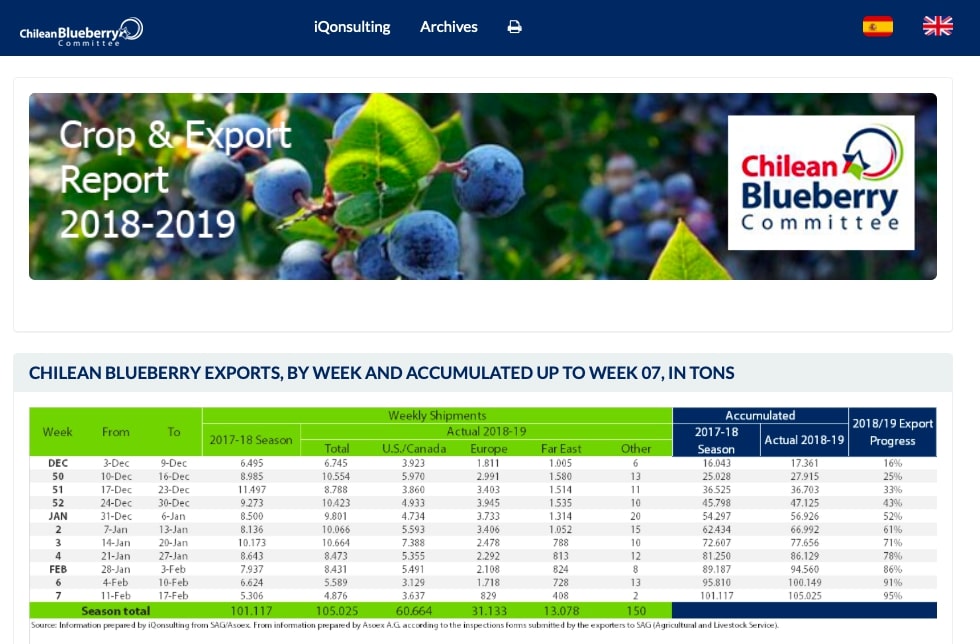 In the 2018/19 season, Chile produced approximately 154,000 tons of blueberries in total. The vast majority of these, including 111,115 tons of fresh blueberries and 40,000 tons of frozen blueberries, were exported, with only 3,000 tons being consumed locally in Chile. Considering that Chile only exported 49,900 tons of fresh blueberries in the 2009/10 season, these numbers demonstrate significant growth over the last decade as the country has placed increasing emphasis on developing its produce sector and expanding its role on the world stage. Chile currently has over 16,000 planted hectares devoted to blueberry production, including 3,400 hectares (21%) of organic production, which are distributed throughout the country but mostly located in the Maule and Bío Bío regions. Chilean blueberries are harvested by 1,400 growers and shipped to over 100 countries around the world by 150 exporters.

The main markets for fresh Chilean blueberries are the U.S./Canada, Europe and Asia, which accounted for 64,499 tons (58%), 32,602 tons (29%) and 13,434 (12%), respectively, of exports in the 2018/19 season, and all three markets have seen generally sustained growth over the last decade. Although the U.S./Canada and Europe remain the largest export markets, exports to Asia are growing rapidly, mostly attributable to Chinese demand, and the current share of 12% of total exports stands in stark contrast to that of only 3% ten years ago. Meanwhile, the proportion of exports to the U.S./Canada has decreased from 83% over the same period, although this is mostly due to the increased production alongside the opening up of new markets, and the overall volumes exported to North America have remained strong.

Chile is also the biggest exporter of fresh blueberries to Asia in the Southern Hemisphere, accounting for 13,404 tons (65%) of the 20,607 tons exported from the Southern Hemisphere to Asia in the 2018/19 season, placing it ahead of its main competitors of Peru (6,886 tons) and Argentina (317 tons). This represents a year-on-year increase of 2.5% for Chile, whose blueberries typically arrive in Asia between January and February. Focusing on China in particular, Chile’s fresh blueberry exports have grown from 3,765 tons in the 2015/16 season to 9,913 tons in 2018/19, corresponding to a 2.6-fold increase over only three years.