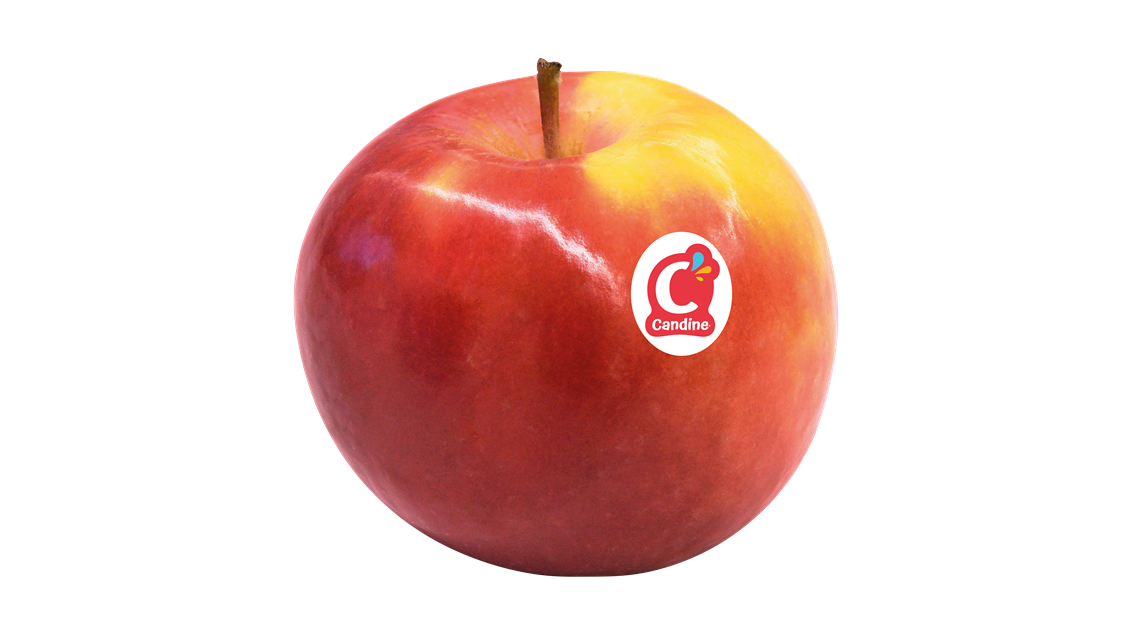 This season’s first shipment of Candine apples from the French premier apple company Blue Whale recently arrived in Shanghai. On Jan. 24, 2022, these apples successfully hit one of the largest fruit wholesale markets in China, Shanghai’s Huizhan Fruit and Vegetable Market. 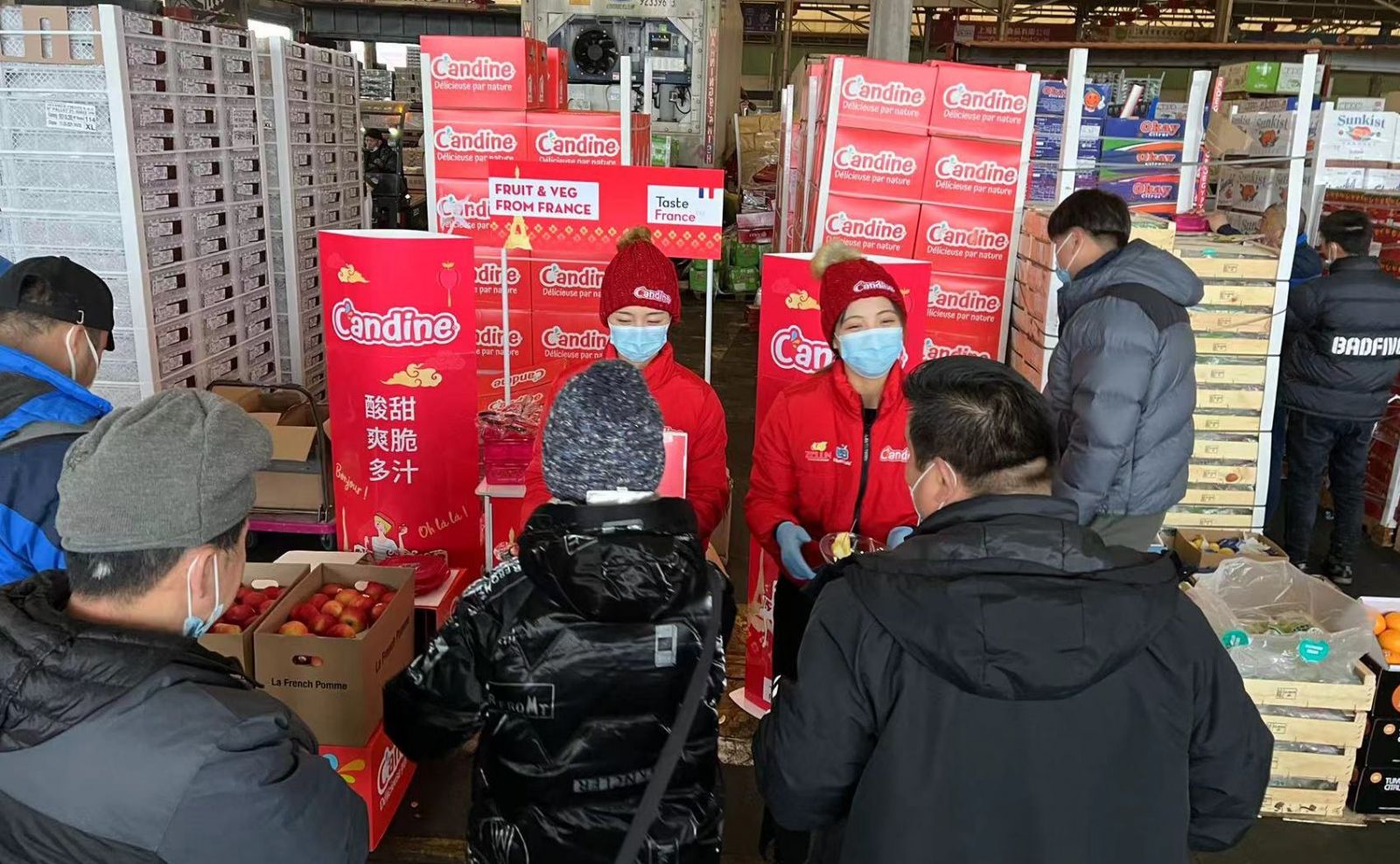 A new apple variety well accepted by the market, Candine apples were developed by Blue Whale as a hybrid between the Fuji and Ariane varieties. This novel variety features a series of unique attributes including a round and plump body, smooth red skin, white flesh, strong fragrance, juiciness, crispness and a long shelf life. Candine apples from Blue Whale are exclusively grown in France.

2019 was the first year for Candine apples to reach overseas markets. Only one year later, they were brought to China. In 2021, these apples even made an appearance at the Fourth China International Import Expo in Shanghai and became a star product at the French national stand owing to their attractive flavor and appearance.

In a recent interview with Produce Report, Marguerite Jeanson, Blue Whale’s head of marketing for Asia, said that Candine apples are a perfect match for the Asian market and the company has decided to make them available to Chinese consumers each year, especially during the Chinese New Year festival.

Jeanson is very confident that Candine apples will be a success in China even though their higher prices will push their positioning toward the higher-end market. Regarding the basis of her confidence, she brought up the example of Kissabel apples, another key new variety from Blue Whale. Despite the higher price of Kissabel apples, which were priced around 400 Chinese yuan ($63) per carton, the sales went very well and the variety was well received by Chinese customers. The company expects Kissabel sales in China to increase in the following years. 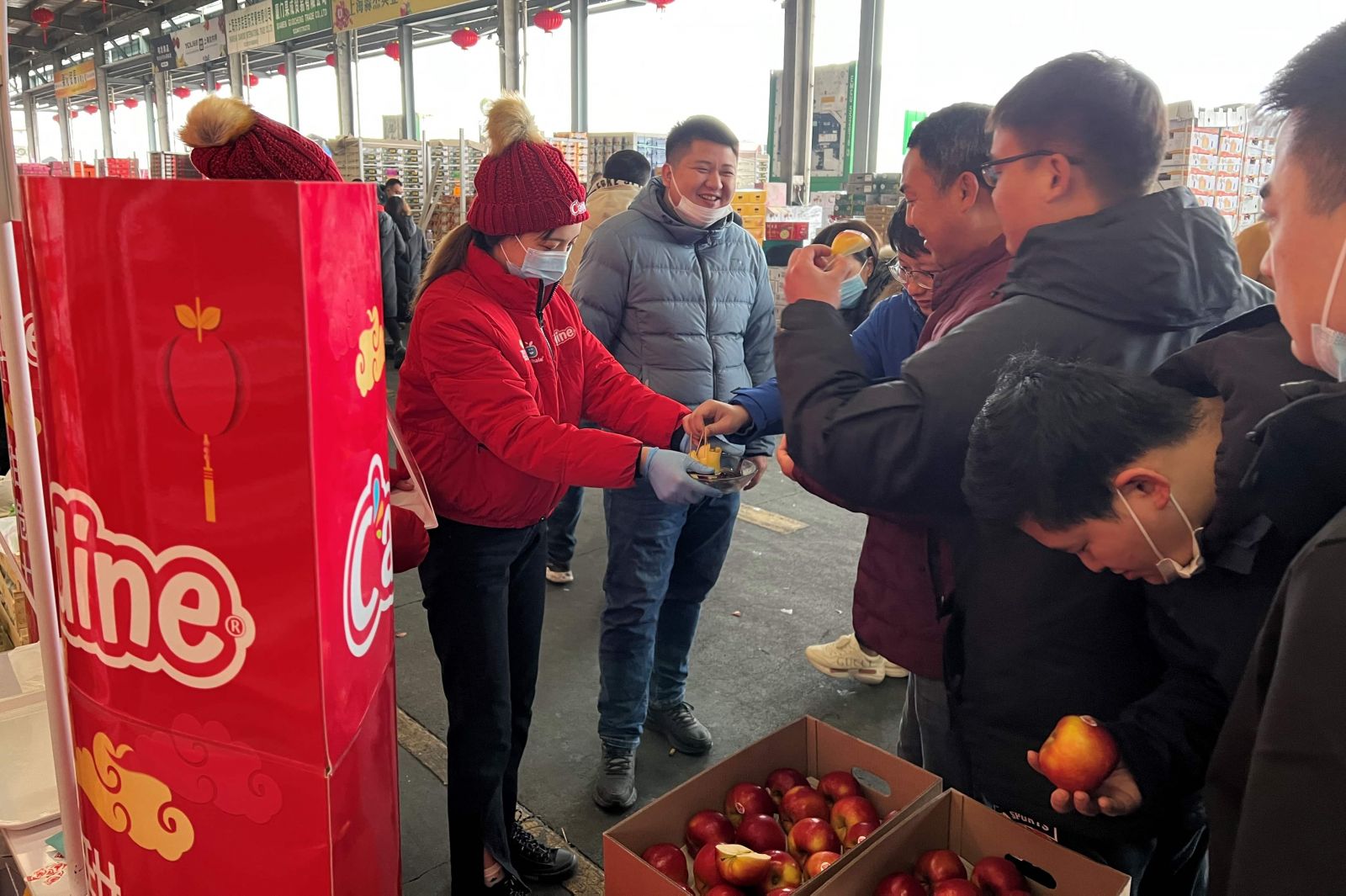 Shanghai Ziqin Fruit & Vegetable Co. Ltd. (上海梓琴果蔬有限公司) is the importer and distributor of Blue Whale’s products for the Chinese market and has been engaged in importing apples from France for 15 years. The company reportedly intends to import 20 containers of Blue Whale apples this year, including varieties such as Candine, Kissabel, Novablue, Gala and Granny Smith.

Shanghai Ziqin also told Produce Report that these apples are scheduled to reach both offline channels, such as the hypermarket chains RT-Mart and Metro, and online channels including Dingdong Maicai. Because the brisk fruit trade during the Chinese New Year festival is partially driven by the tradition of giving gifts, Blue Whale has also launched gift packs for Candine apples to cater to this trend.

It is also worth mentioning that orchards producing Candine apples have been granted the high environmental value (HEV) certification by the French Ministry of Agriculture. This is the highest level of environmental certification for orchards, which evaluates biodiversity, phytosanitary strategy, fertilization and water management.

Established in 1950, Blue Whale is France’s premier supplier and exporter of apples. The company has 50 years of export experience, shipping apples to over 70 countries around the world. In 2021, Blue Whale is forecast to produce approximately 250,000 metric tons of apples.