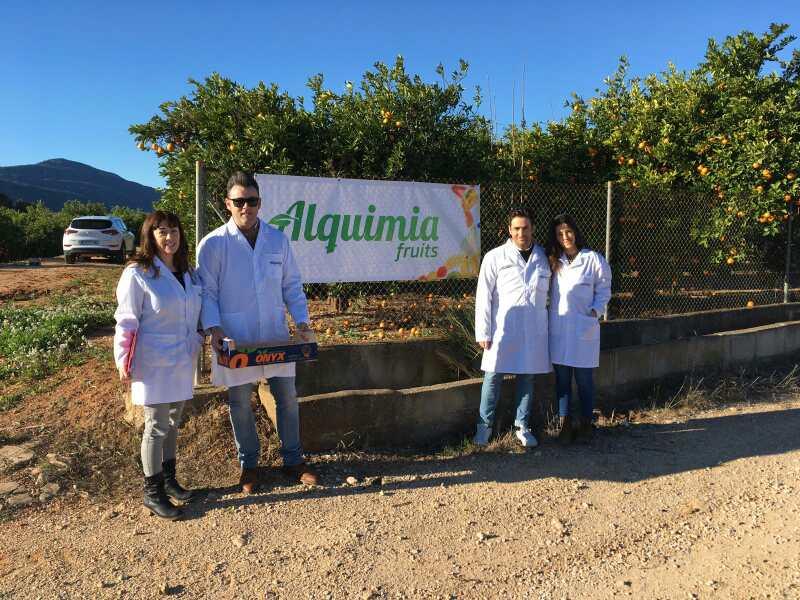 Alquimia Fruits is a Spanish-Argentinian company with a history of more than ten years. The company produces and exports fresh fruits and vegetables from both hemispheres (Spain, France, and Latin America) to the entire international market. The company boasts a product portfolio that includes oranges, tangerines, stone fruits, apples, cherries, grapes, berries, and avocadoes, among others. Alquimia Fruits mainly focuses on overseas markets, especially those in Asia, the Middle East, and North America.

In a recent interview, Mr. Lazaro Perez Cruz, Asia and Africa Sales Manager, told Produce Report that the company aims to build a strong presence in Asia and has been paying increasing attention to the Chinese market over recent years. Mr. Perez Cruz, who has lived in China for five years and has developed a deep understanding of the market, expressed his optimism for Alquimia Fruits’ oranges gaining favor in China. He even remarked that he couldn’t be more confident after seeing his company’s oranges selling well at Jiangnan Market in Guangzhou, the biggest fruit and vegetable wholesale market in China.

The Spanish orange season runs from October to June. According to Mr. Perez Cruz, Alquimia Fruits has exported around 90 containers of oranges to China so far this year, indicating an improved performance compared to last year. On the subject of how the company has done in China this year, he has mixed feelings. On the one hand, the orange output this year is at least 30% lower due to constant rains from December to January and the strikes in Spain. Even worse, the average size of the fruit is smaller this season, and the tough requirements of the Chinese market for oranges have meant that even fewer fruits are suitable for shipping to China. On the other hand, because of the good reputation that it established last year, Alquimia Fruits has found its brand ONYX to be popular among Chinese traders, while its other brands such as ALICE and DIS-FRUTA are also gaining increasing recognition. As a result, China’s demand for the company’s citrus products has exceeded the supply. Regarding this situation, Mr. Perez Cruz insisted that the company would never lower its high quality standards just for the sake of exporting more fruit to China.

Chinese consumers show great interest in different fruit varieties and are always willing to try something new. In response to the question of how many orange varieties are on the export schedule, Mr. Perez Cruz said that this season’s exports to China began with Navelina, a seedless and juicy orange variety that matures very early, and continued with Lane Late, a late-ripening variety of navel oranges, followed by Ortanique, a seedy late-season mandarin, and Barnfield, a late-season navel orange with a deep orange peel and intense flavor. Valencia oranges, one of the most popular citrus fruits, will also be on the export schedule this season as long as the smaller average sizes for this variety are acceptable to Chinese traders.

Upon being asked about the company’s further plans for China, Mr. Perez Cruz explained that wholesale markets in China are currently a major distribution channel for Alquimia Fruits. Firstly, in the near future, the company will be committed to increasing its export volumes to China. Secondly, since Spanish peaches and plums have been granted market access to China, marketing of these two varieties of stone fruit will become one point of focus over the following months.

At the end of the interview, Mr. Perez Cruz also mentioned that Spain is one of the most competitive agricultural countries in the world and its produce spreads around the globe. He hopes that, in the years to come, more hit products from Spain such as grapes and strawberries will also enter Mainland China.