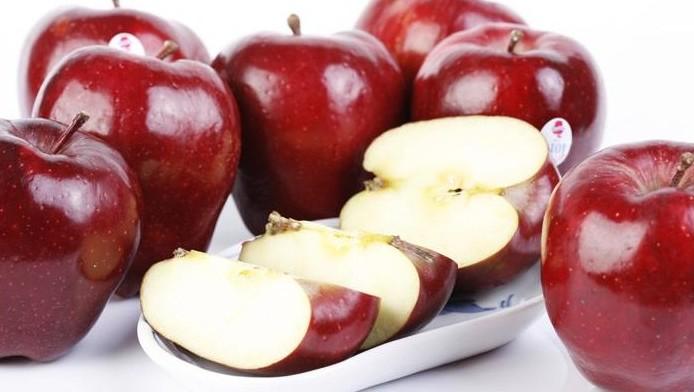 The following media release was provided by a third party. It is being republished here in full, without editing. The contents do not necessarily reflect Produce Report’s point of view:

The 2018 forecast is for a fresh pack crop of 131 million standard forty-pound boxes of fresh apples. This is down two percent from 2017’s 134 million box crop.

“The 2018 Washington state apple crop looks to be slightly smaller than last year’s crop but will still deliver an abundant supply of delicious apples for consumers to enjoy this year,” said Jon DeVaney, WSTFA President. “Harvest has started for some early varieties, and growers anticipate a crop of excellent quality fruit. Members also report improved sizing over 2017.”

Consumers will have many varieties of Washington apples to choose from. Gala is projected to be the most numerous variety in 2018 at 24% of production, with Red Delicious at a projected 21.5%. These varieties are followed by Fuji at 13.5% and Granny Smith at 13% of total production. This year Honeycrisp is forecast to come in at 10.8% of the total crop and Cripps Pink at 4.5%.

Organic apple production continues to increase, and is forecast to be 14% of the total, or 18.9 million boxes. Although it should be noted that typically not all organic production is ultimately packed and marketed as organic.

This forecast is based on a survey of WSTFA members, and represents a best estimate of the total volume of apples that will eventually be packed and sold on the fresh market (excluding product sent to processor). Apple harvest typically begins in August and continues into November, and as a result this forecast is still subject to several months of variable weather which can affect the final harvest total.