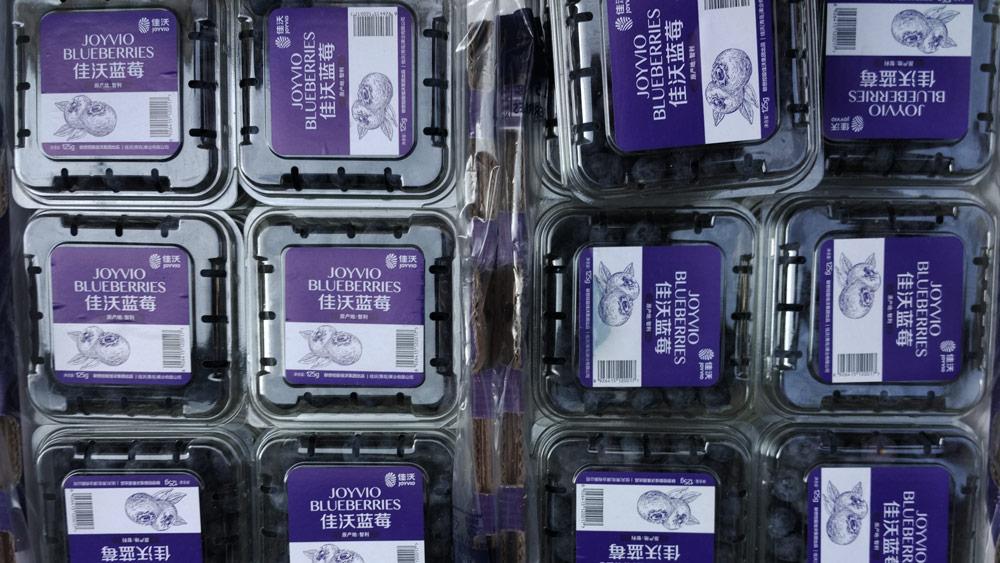 Produce Report is launching a new series of China wholesale market reports. We invite industry insiders to contact us and contribute their own guidance and reports to this project. This week, we look at blueberries.

Recently, domestically produced blueberries are transported by air to markets in all corners of China. Newly arrived blueberries are of good quality and as a result have been selling well. At the start of the harvest period, the basic price for a 1.5kg box of large berries was 300 yuan and sales were strong everywhere. Due to the late arrival of a large number of fruits to the market this year, domestically grown blueberries have experienced intense market competition, and a large decline in price is expected. This week blueberry prices are already on the decline. Most domestically produced blueberries available on the market come from Dalian, Qingdao and Dandong. These different areas produce their own unique fruit, with variations in taste and firmness. Also, each production region has its own distribution networks, which could lead to a glut of blueberries reaching the market down the road.

Chilean blueberry season is coming to a close and imports have fallen. As a result, berry quality is on the decline, with the majority of fruit having a lower quality of color, firmness and taste. Sales have been slow for the last batch of Chilean blueberries, which will soon reach the market. With the arrival of domestically produced blueberries, fewer customers will choose the Chilean imports.

The market demand for blueberries is average, and customers will chase lower prices. Domestic blueberries will sell better than imported blueberries, in part due to the relatively lower costs of land transportation versus air. Therefore the final price is expected to remain relatively stable even as sales go up.