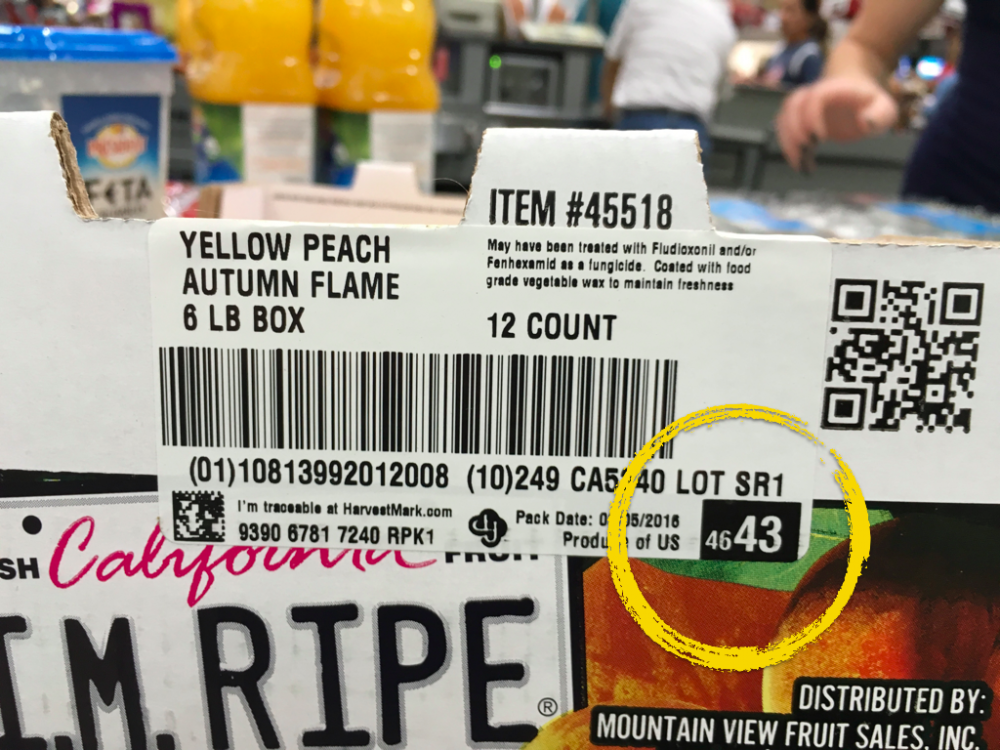 Produce Report spoke with Dr. Elliott Grant about produce traceability and his contributions to the field through the invention of the Voice Pick Code.  We got the backstory on the ‘back-of-the-napkin’ moment that led to its creation.

Traceability, the recording of fresh produce movement through the supply chain from grower to store, has increasingly become a priority for the industry. It is a key element in helping to identify factors negatively affecting produce quality, rectifying gaps in produce supply chain management, and protecting consumer health and well-being.

The Produce Traceability Initiative (PTI) was designed through a collaboration between the Produce Marketing Association, GS1 US, the United Fresh Produce Association, and the Canadian Produce Marketing Association in 2009 as a solution to standardize distribution and improve whole chain traceability in the North American produce industry. Based on a set of 7 Milestones, the PTI required that every case of shipped produce would have a barcode on its label displaying a 14-digit GTIN, a Lot Code, and an optional date code. These data would then be recorded at each step of the supply chain, such as when each case is packed, when it is received, and when it is distributed.[1]

However, the assumption that barcodes would be scanned at each step of the supply chain turned out to be a problem. Manually scanning barcodes on every case at distribution centers would add to costs and increase handling time. Many distribution centers had invested in hands-free voice-controlled picking systems for direction on what to do and where to go in the warehouse, and weren’t willing to introduce scanning.  Dr. Grant summarized the gist of the issue to Produce Report: how could one track cases of produce if the retailers weren’t going to scan the barcode?

At a meeting of America’s biggest retailers, the requirement to scan barcodes in distribution centers threatened to prove a “deal-killer” for the putative traceability initiative.  During the flight home from the meeting, Dr. Grant came up with and sketched out an idea on the back of a napkin for what would later become known as the Voice Pick Code. By combining “a cryptographic technique called a hash function with a statistical trick to figure out which products a worker was picking,” Dr. Grant and a cryptographer friend came up with the software for the Voice Pick Code. This new idea did not add any additional label costs and could be integrated with the existing retail distribution system.

So how does the Voice Pick Code work?  The Voice Pick Code is the last 4 digits of a cryptographic hash of the GTIN, Lot Code, and optional date code. The code is divided into a smaller two digit number and a larger two digit number, printed in white on a black background on the case label. There are several practical reasons for this layout: on a pallet of mixed cases, the worker is given the larger, two-digit code to look for via voice pick commands, which stands out on the label and easier to read than a small print or lengthy number. If there are multiple cases of produce with the same two-digit code on the same pallet, the smaller two-digit code is also used. This provides a quick and easy way to differentiate and pick cases without exclusively using the lengthy and highly variable GTIN or Lot numbers, which are used in the 0.01% of cases where the Voice Pick Code occurs for more than one case on a pallet.

Dr. Grant shared another surprising aspect of the Voice Pick Code to Produce Report: he chose to not file a patent for this invention, so the Voice Pick Code could be made available to the industry free of charge. The reasoning behind this was standardization: “we felt that it was better to have a single solution that everyone could use freely to create the market, and then compete on having the best software and services in that market.” By making Voice Pick Code freely available, it became part of the PTI standard, improving the efficiency of distribution systems, enhancing supply chain integration, and encouraging competition.

Now standard across the North American produce industry, the Voice Pick Code is a prime example of a (relatively) simple solution to a complex issue in produce distribution and highlights the continued and ever-increasing importance of traceability in produce.

For more information on the evolution of traceability and to learn about the Voice Pick Code technology from its own inventor Dr. Elliott Grant, please participate in PMA Fresh Connections: China, to be held in Shanghai from March 15-17, 2017.