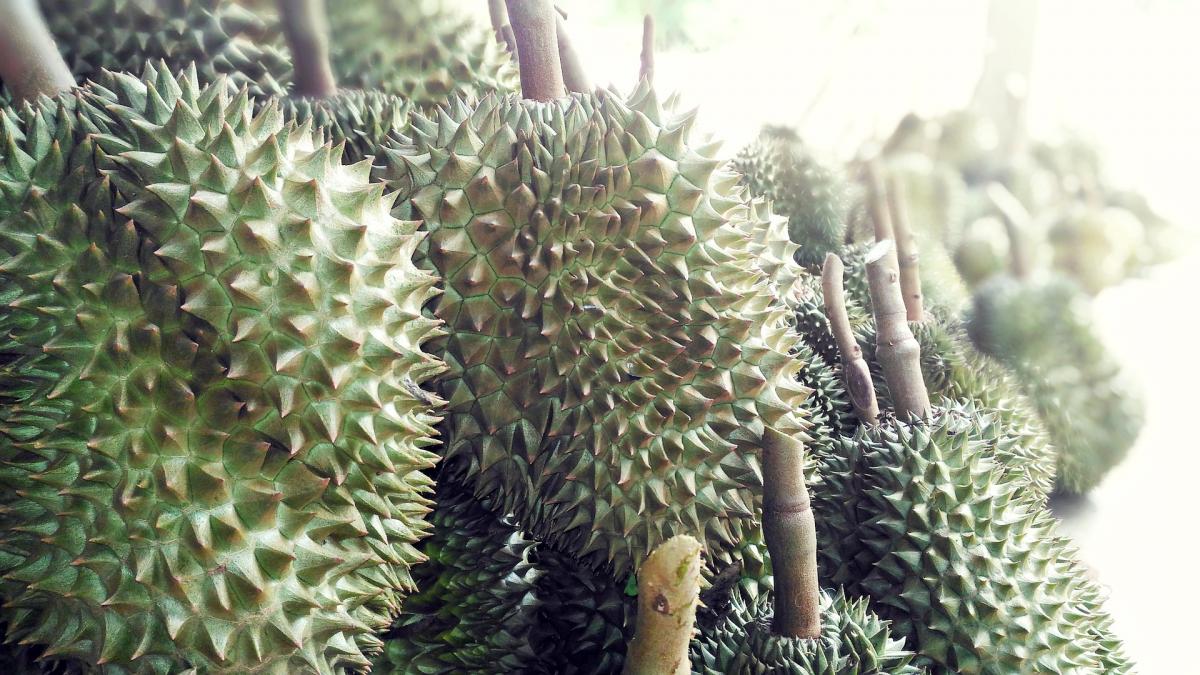 On Oct. 5, the Zhengyang County Center for Disease Control and Prevention in the Chinese city of Zhumadian, Henan province, issued a health warning regarding imported Thai Bazhang durians after random nucleic acid testing of imported fruit turned up a positive result for SARS-CoV-2 on the outer packaging of imported Bazhang durians (a type of Puangmanee durian) in the city of Yuncheng in Shanxi province. Some durians from the same batch had been transported to markets in Zhumadian for sale, with one crate of eight durians from the batch ending up in Zhengyang County.

Local authorities traced the potentially contaminated durians to a certain Xiyonghong supermarket in Zhengyang County in Zhumadian, where they had been delivered via a wholesaler at 6 p.m. on Sept. 30. At the time of the investigations, some of the durians had already been sold.

The Zhengyang County Center for Disease Control and Prevention stated that it had immediately carried out extensive inspections and testing of the surroundings and personnel who may have come into contact with the durians in question and all tests had returned negative results. The affected supermarket was temporarily closed in order to conduct appropriate isolation and disinfection measures.

The incident was a repeat of a similar occurrence earlier this year — on Aug. 14, another batch of imported Thai durian packaging tested positive for the novel coronavirus in the city of Ganzhou in China’s Jiangxi province. Four days after the news surfaced, Thai Minister of Commerce Jurin Laksanawisit announced that China had not declared a ban on the import of durians from Thailand, nor issued a warning to any of Thailand’s durian exporters. As of now, a ban has still not been announced, but more rigorous testing measures were introduced for imported foodstuffs, especially fruit. With a second instance of contaminated packaging in the space of two months, it remains unknown whether Chinese customs authorities will look to implement stricter measures for Thai durians.