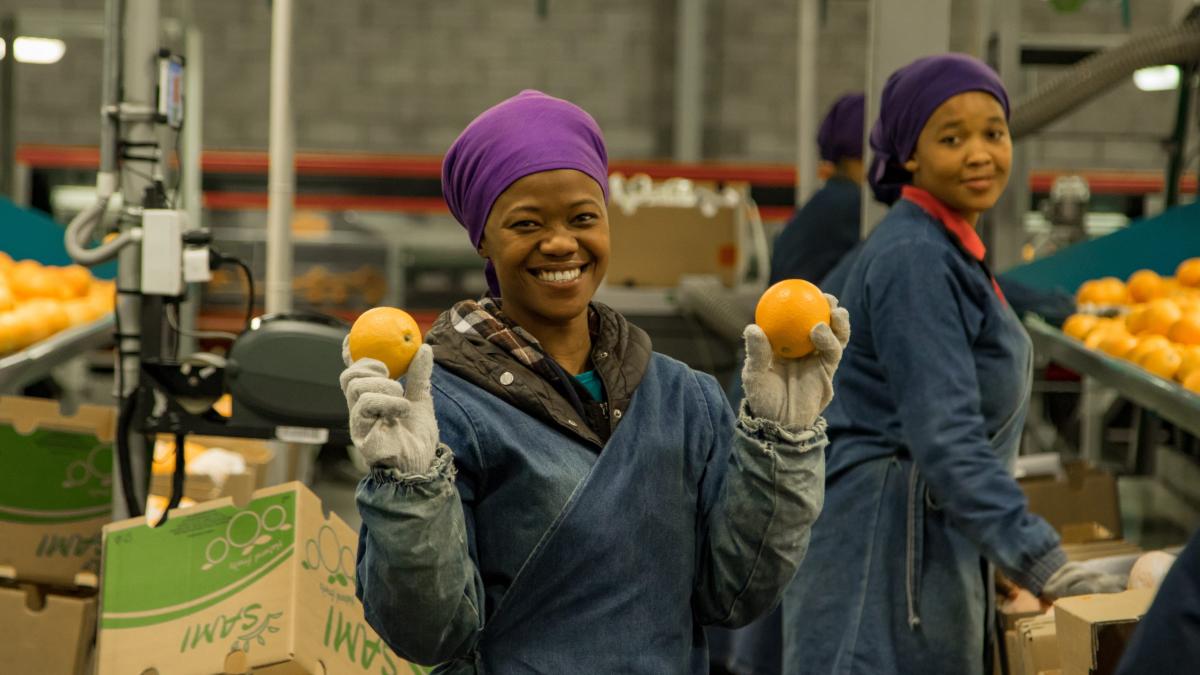 On May 8, María del Pilar Arévalo, Asia Sales Manager at San Miguel, delivered an online lecture to listeners of Produce Report, in which she provided an update on the supply and marketing status of citrus from the southern hemisphere. Established in 1953, San Miguel is now the largest citrus company in Argentina and the southern hemisphere and one of the world’s leading fruit and vegetable companies.

Southern hemisphere countries are playing an increasingly prominent role in the global produce industry. In particular, global fruit exports to Asia have increased in value by 231% over the past ten years, of which 36% is attributable to southern hemisphere countries, and Chile, South Africa, New Zealand, Australia, and Peru are now among the top ten exporters to Asian markets. With respect to fruit exports to China, Chile (24%, #1), New Zealand (6.36%, #5), Australia (4.75%, #6), South Africa (3.34%, #8), and Peru (3.24%, #9) are particularly important suppliers in terms of value, based on last year’s official statistics from China Customs. 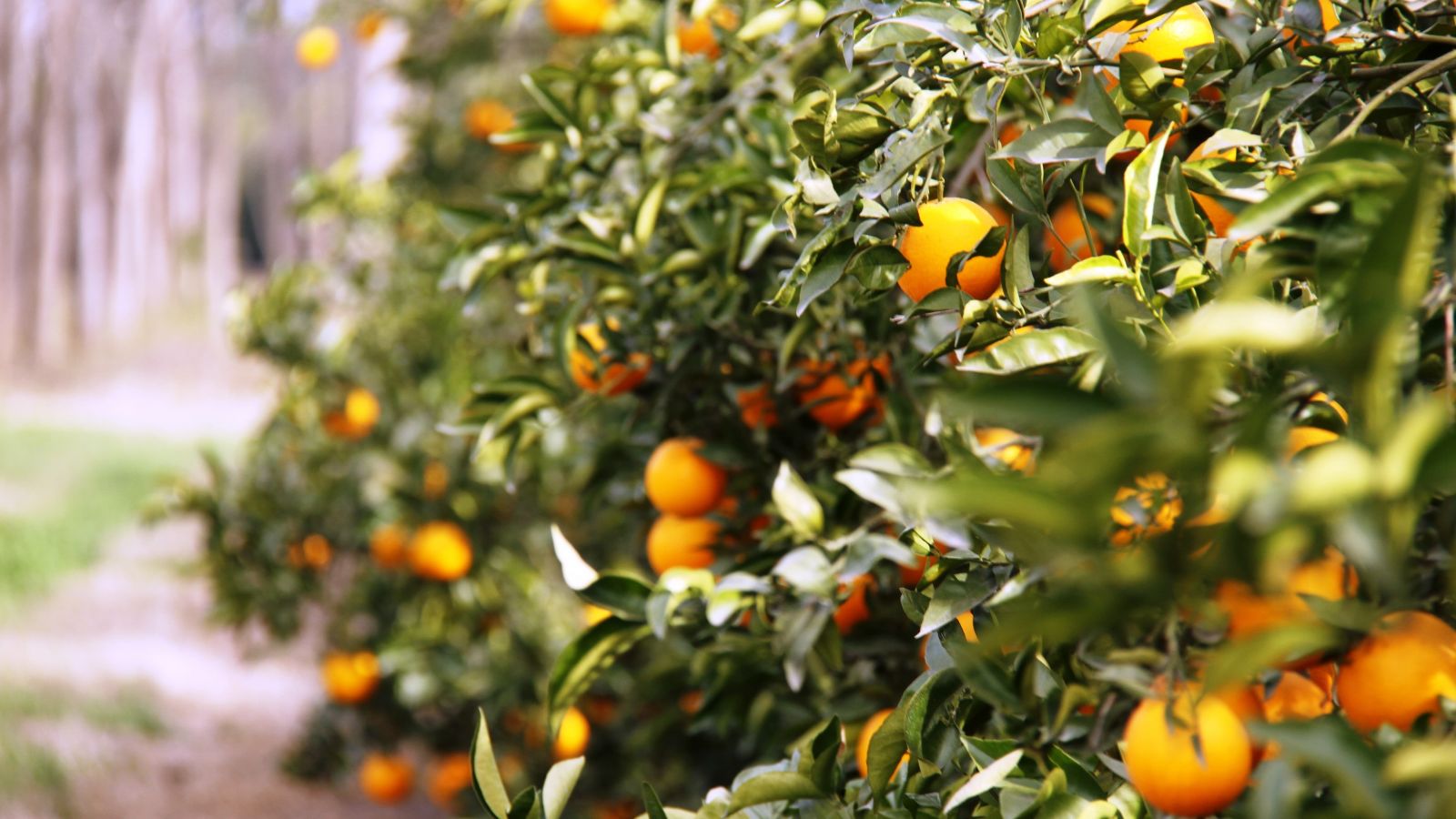 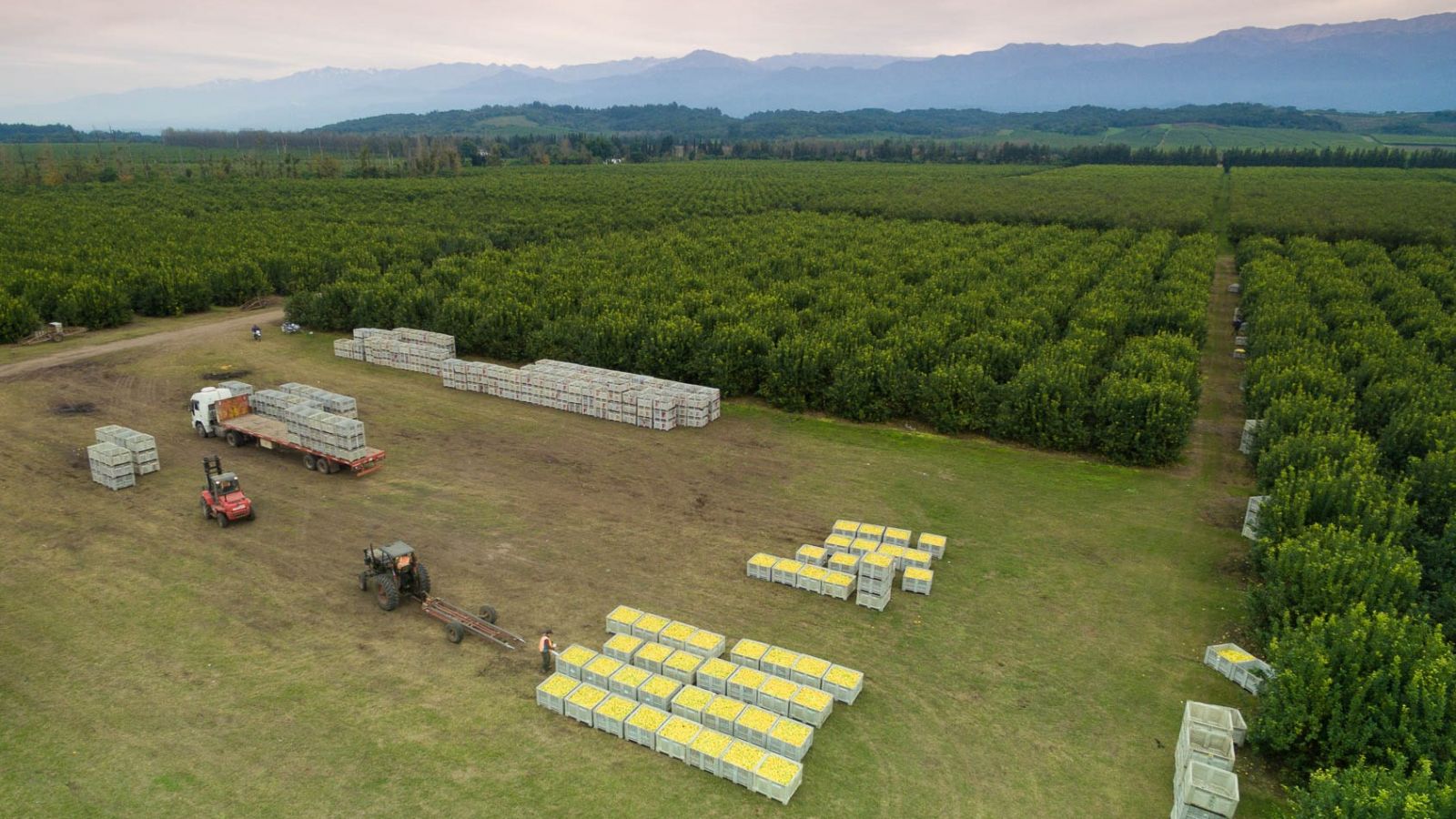 With approximately 10,000 hectares of orchards located in Argentina, Uruguay, South Africa, and Peru, San Miguel has a high level of geographical diversification, which assists with risk mitigation, decreases supply variability, provides access to new markets, and ultimately allows the company to supply citrus throughout the majority of the year. In 2016, the company’s main fresh fruit products by volume were lemons (52%), oranges (38%), mandarins (10%), and grapefruit (1%), with a total value of 156 million USD.

San Miguel’s shipments to China have increased significantly over recent years, and the company aims to reach 3,000 containers per year by 2020, where the majority will originate from South Africa (55%) and Peru (42%). According to Ms. Arévalo, the company has developed various channels, including wholesale markets, e-commerce companies, fruit retailers and stores, and supermarkets, to reach Chinese consumers: “We are willing to keep increasing our volumes since we believe China represents a big opportunity for us.” She also explained that the company is committed to the sustainable development goals proposed by the United Nations and works with various sustainability programs to remain conscious of its environmental and social impact. 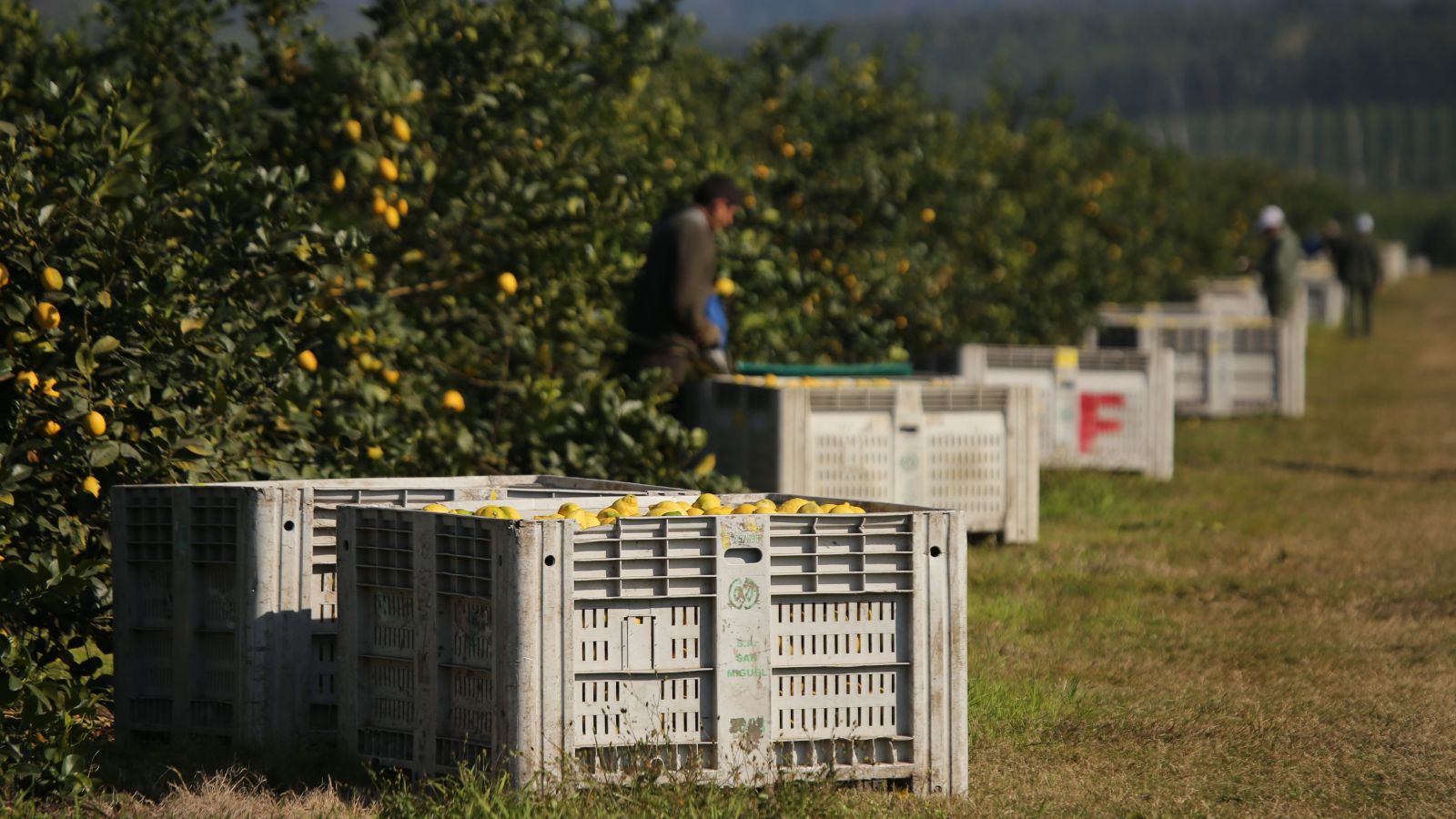 San Miguel supplies soft citrus to China from Peru, Uruguay, and South Africa, of which its main varieties are Murcott, Nadorcott (Afourer), and Tango. The orchards in Peru are located in two different areas, Chepén in the north and Chincha in the south, where the company has its own packing house that has been supplying produce to China for the last two years.

Fresh oranges are a particularly important product for the Chinese market, accounting for 6.29% of China’s total fruit imports by value (0.44 billion USD) and 8.03% by volume (0.39 million tons) in 2018 according to official statistics. In 2017, South Africa was the biggest exporter of oranges to mainland China, accounting for 34% of the total volume, and the joint biggest exporter of oranges to Hong Kong with the U.S., both accounting for 30% of the total volume, according to data from the Asia Congress Statistics Handbook. Nonetheless, despite this strong growth in volume, South African exporters face high tariffs throughout Asia owing to the lack of trade agreements between South Africa and Asian countries, which has limited the growth in value. 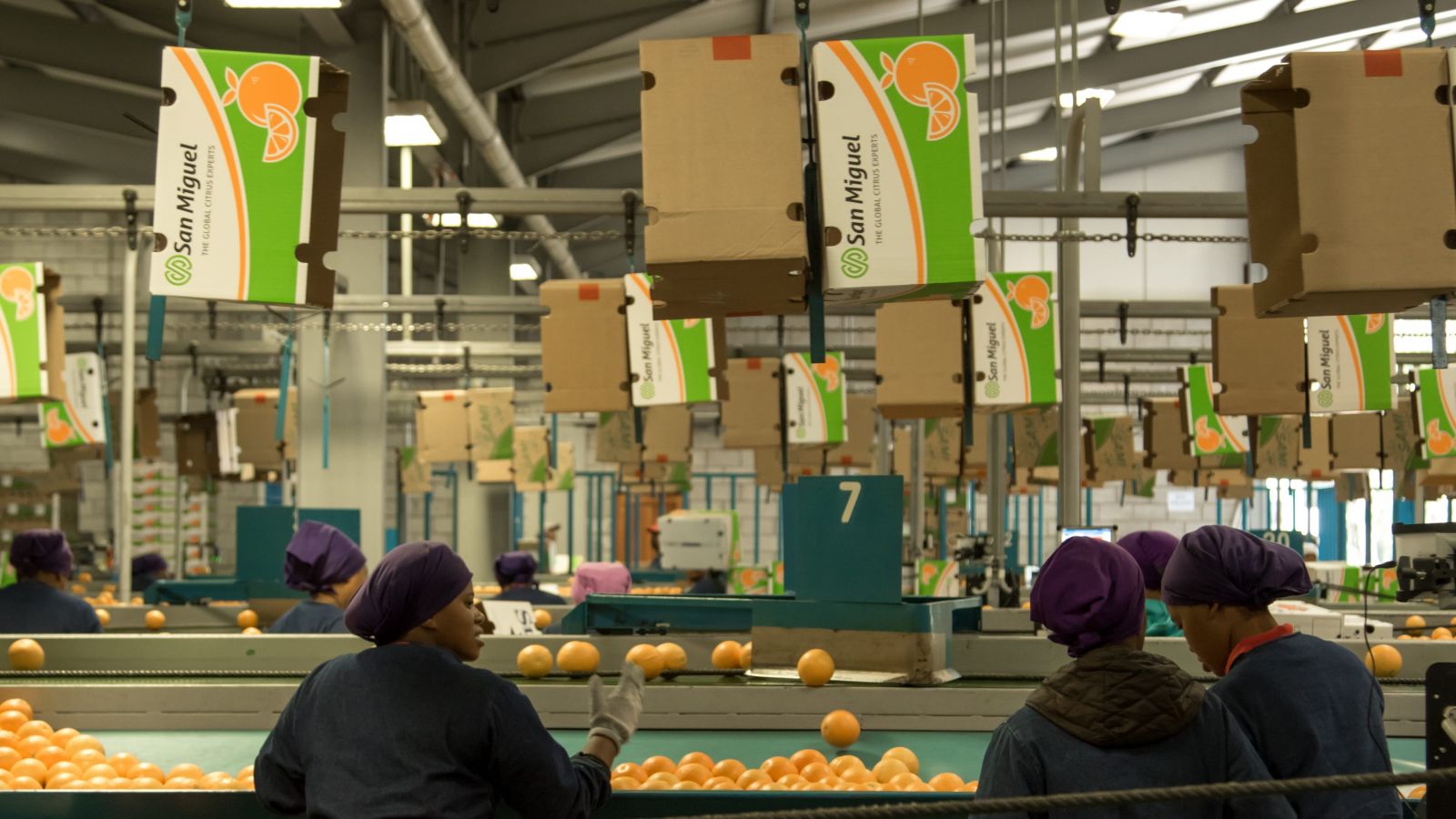 In fact, most of San Miguel’s orange exports to China originate from South Africa, where the company has two packing plants close to Port Elizabeth to process fruit grown in the fertile Sundays River Valley region and is able to supply oranges from the beginning of the season in week 20 with navel varieties to the end of the season in week 38/39 with Valencia varieties. According to Ms. Arévalo, San Miguel has been attracting increasing numbers of customers in China each year, which she attributed to the good internal quality and eating characteristics of the company’s oranges owing to the unique climate and soil in the growing region and the growers’ expertise: “We believe the fruit from Sundays River Valley has an excellent taste profile that applies to several markets in Asia, which includes China.” Among the main advantages of the Sundays River Valley region are its irrigation system fed from the Orange River, which provides a high level of water security, hot summers that help develop excellent internal fruit quality, and relatively cold winters that aid fruit color development. 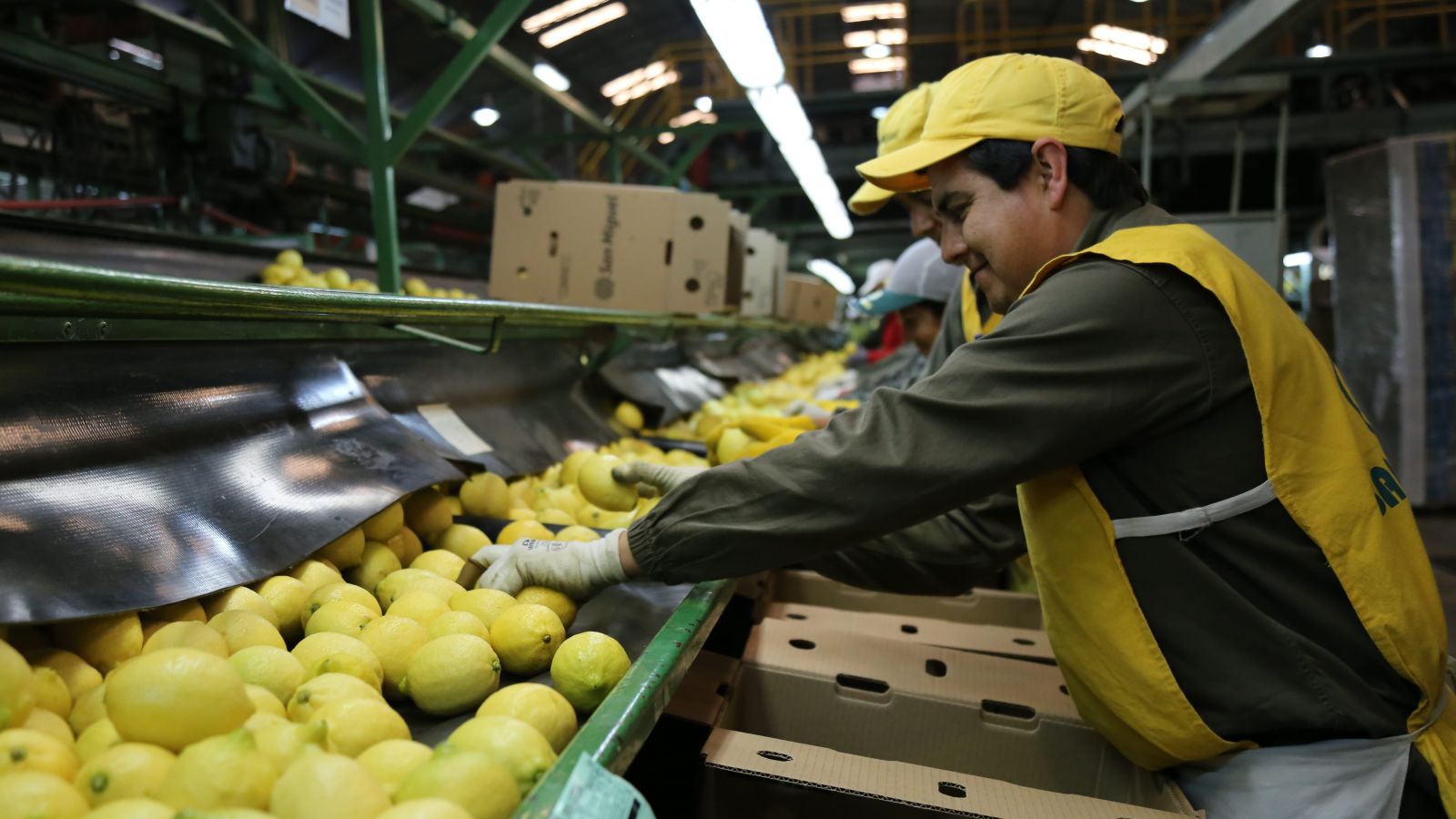 With respect to lemons, total world production in 2017/18 was 6.2 million tons, of which 59% originated from the northern hemisphere and 41% from the southern hemisphere, especially Argentina (68% of southern hemisphere production). San Miguel’s production in Argentina accounts for 310,000 tons of this total over its 5.4 hectares, and the company has two packing plants in Argentina from which it exports 60,000 tons annually. This relatively low export tonnage is attributable to the greater distance between Argentina and its markets, although Ms. Arévalo explained that Argentina has already managed to open the market for its blueberries and cherries in China and lemons are expected to soon follow. At present, Argentina mainly exports its lemons to Spain (180,000 tons) and Russia (50,000 tons), although exports to the U.S. are expected to begin later this year following recent revisions to the protocol. 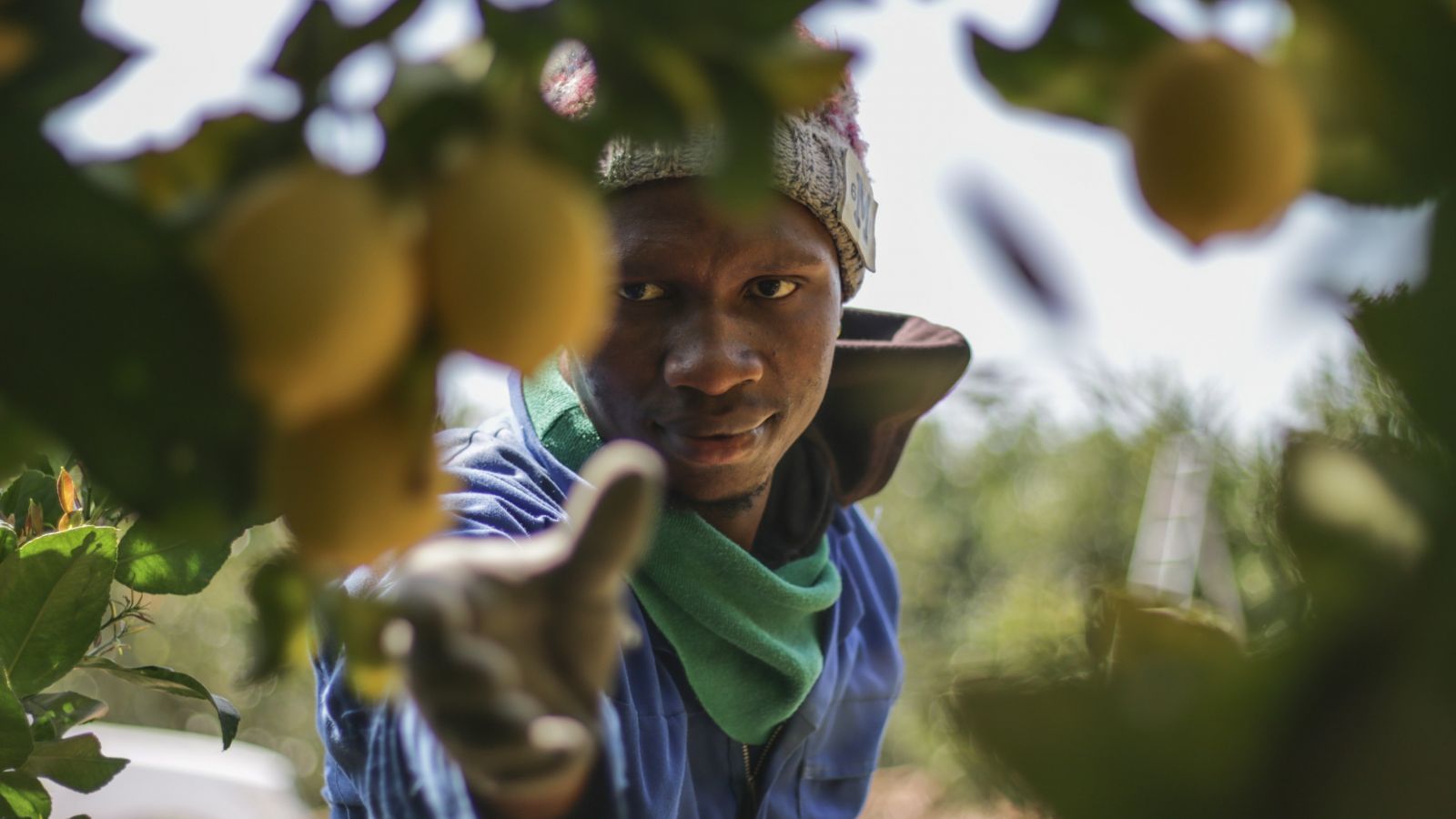 For San Miguel’s lemon production in South Africa, Hong Kong remains one of the main receiving ports owing to mainland China’s strict import requirements, which necessitate cold treatment protocols that can impact produce quality. Nonetheless, Ms. Arévalo remained optimistic that this restriction could change in future years to allow the direct access of South African lemons to the Chinese market: “We believe that we have a need to diversify into new markets and gain access through new protocols that allow South African citrus, especially lemons, to arrive in good-quality conditions that different consumers require.”