Sam’s Club Soon to Have Eight Stores in Beijing 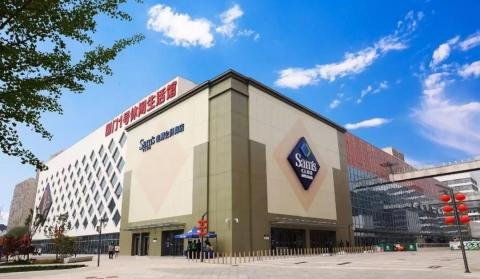 Shi Jia Qi, Walmart China’s chief legal counsel and senior vice president of legal and general affairs, explained that Beijing has always been Walmart’s strategic market and stepping up the development of Sam’s Club in China’s capital city is a reflection of the trust placed in the brand by customers. This is also an important aspect of Walmart’s omni-channel distribution strategy. Walmart operates under a variety of different business formats, including Walmart hypermarkets, Sam’s Club, and Walmart supermarkets. In 2010, Sam’s Club opened up its online shopping and direct delivery service to members in cities with Sam’s Club stores.

Recently, a new Sam’s Club store in Shunyi district opened for business. This is the brand’s third store in Beijing after those located in the Yizhuang and Shijingshan districts. At the same time, work on a new store in Daxing is already underway and this store is expected to open by 2023. The remaining stores will be located in the Chaoyang, Haidian, Tongzhou, and Changping districts.

Andrew Miles, president of Sam’s Club China, has also previously stated that the chain plans to accelerate its development in China. Of the 40 stores in China expected to be operating by 2020, five will open this year. Produce Report learned that, apart from brick-and-mortar stores, Sam’s Club has also launched its one-hour home delivery service for its members in the core areas of Beijing. This covers a range of frequently purchased items, such as fresh food, maternity, and baby products.

Sam’s Club is Walmart’s high-end membership store. It was one of the first foreign retailers to enter China and the first membership store in the country. Costco, the US warehouse store giant, also operates under a members-only model and is expected to open its first mainland store in Shanghai this summer, promising to become a competitive force to be reckoned with in China’s retail industry.