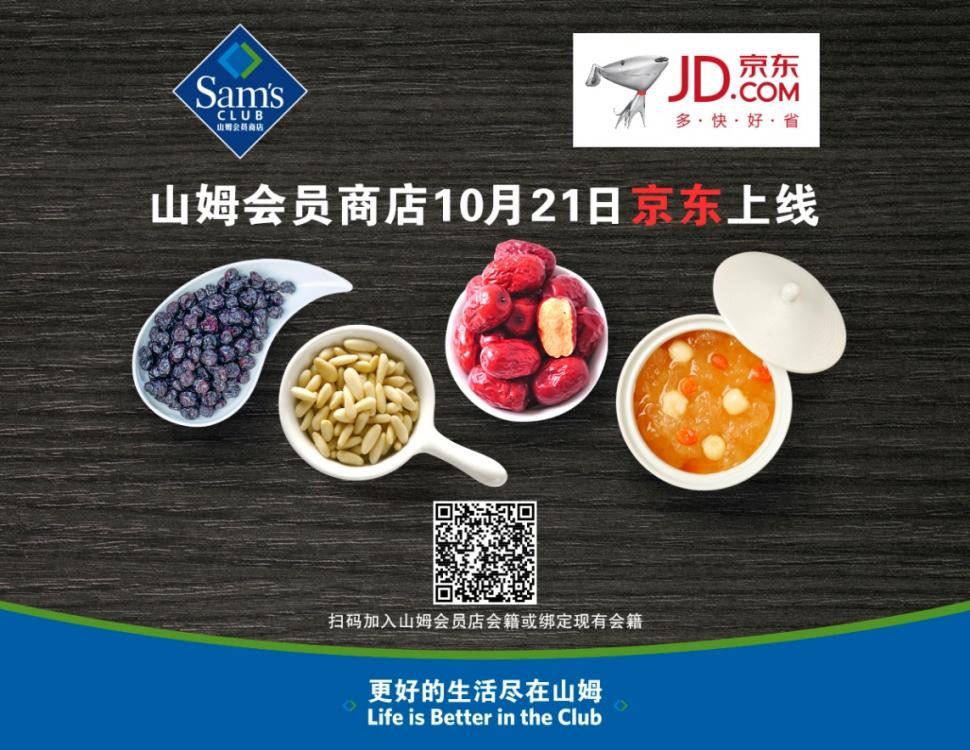 Walmart recently announced its plan to change its legal name Wal-mart Stores, Inc to Walmart Inc, effective in Feb 1, 2018, to reflect its continual evolution to an omni-channel retailer. In China, the US retail giant has set its firm direction to work closely with JD.com (Beijing Jingdong Century Trade Ltd) , particularly in the offline to online delivery of fresh produce to meet with consumers’ increasing adoption of online purchase for these products
.
In this regard, Sam’s Club, the membership-only retail warehouse club owned and operated by Walmart, has announced its strategy to set up a network of front-end warehouses across China. The objective is to expand its market coverage for fresh produce while making shopping more convenient for its members.

According to Mr Chen Zhiyu, Walmart’s Vise President for e-commerce, marketing and membership, Sam’s Club is working with DaDa (JD Logistics) to have a trial run for two front-end warehouses in the southern city of Shenzhen. These warehouses would each cover a 3-5km diameter service area. Orders placed online would be delivered to the shoppers’ homes within one hour. The front-end warehouses would carry around 1,000 SKUs. Popular fresh produce items would account for 20% of the total. Sam’s Club is also said to be testing similar operations in Eastern China imminently.

Mr. Chen said that a single-digit number of front-end warehouses would be able to cover most of the areas within each of Sam’s Club’s target market. Initial experience showed that an order could be delivered within 40-50 minutes on average. He added that “orders have been increasing quickly since the service was launched and currently the daily average number of orders is about 200 with repeat purchase rate of 30%.”

Some analysts have commented on the reason for Sam’s Club to take the front-end warehouse initiative. Fresh produce items are typically demanded on short notice. Consumers expect to obtain the goods quickly for cooking and consumption. Integrating existing stores with front-end warehouses would make it possible to stock products within the consumers’ vicinity, making it possible to complete home delivery within one hour and, hence, meet the consumers’ needs better. At the same time, repeat purchase rate for fresh produce is quite high. Thus, fresh produce purchases would help consumers form habitual behavior and lead to more store loyalty for Sam’s Club’s members.

Sam’s Club currently has more than 800 stores around the world. 19 are in China. It is said to be opening 5 new stores in China during 2018 and, by 2020, the number of stores in the country would increase to 40. Globally, there are more than 50 million Sam’s Club members. The number in China is close to 2 million. With product and service differentiation, Sam’s Club has satisfied the needs of middle to upper middle class consumers. Sam’s Club operates three online sales channels - Sam’s Club’s own online store and mobile APP, Sam’s Club Global Flagship Store on JD Worldwide and Sam’s Club Flagship Store on JD.com. Its online sales grew by 300% in 2017 compared with year ago.