A Promising Future for Californian Almonds in China 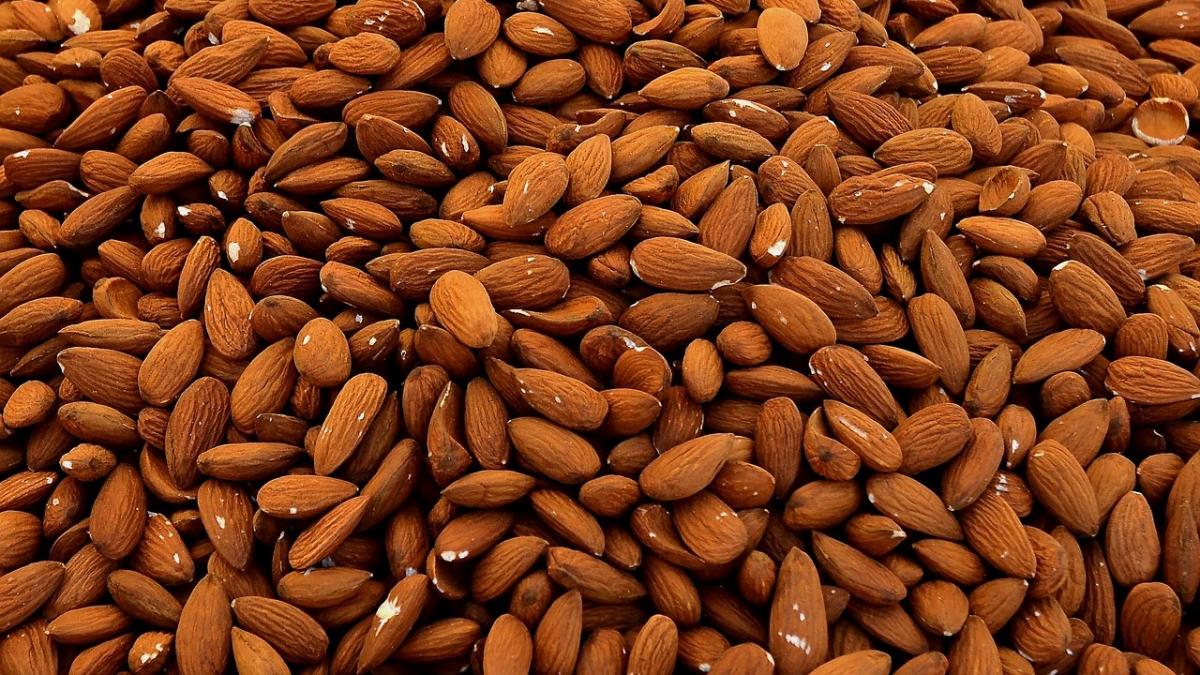 The China International Tree Nuts Conference 2017 was held on August 2–4 at the Shangri-la Hotel in Guangzhou, bringing together experts and enterprises working in the global nut industry to share their opinions and knowledge, and Produce Report was in attendance to learn more. On the second day of the conference, Richard Waycott, CEO and President of the Almond Board of California (ABC), gave a presentation about the current status of the Californian almond industry and its plans for growth in China and around the world.

California is the most productive almond-growing region in the world and produces around 80% of the world’s supply. With a growing region stretching 800 kilometers from north to south, almonds are one of the state’s key agricultural exports. The Mediterranean climate and rich soil of the state’s Central Valley region are ideal for almond cultivation, and the state also has the highest regulatory standards nationwide for environmental, worker, and food safety. Over the years, the industry has invested considerably in innovation, technology, and research. Together these factors contribute to making Californian almonds a premium product.

Multigenerational family farmers are at the heart of California’s almond industry. Of the over 6,800 growers, 91% are family-run enterprises and 74% are under 100 acres. The industry employs about 104,000 people statewide and contributes approximately 11 million USD to the state economy. 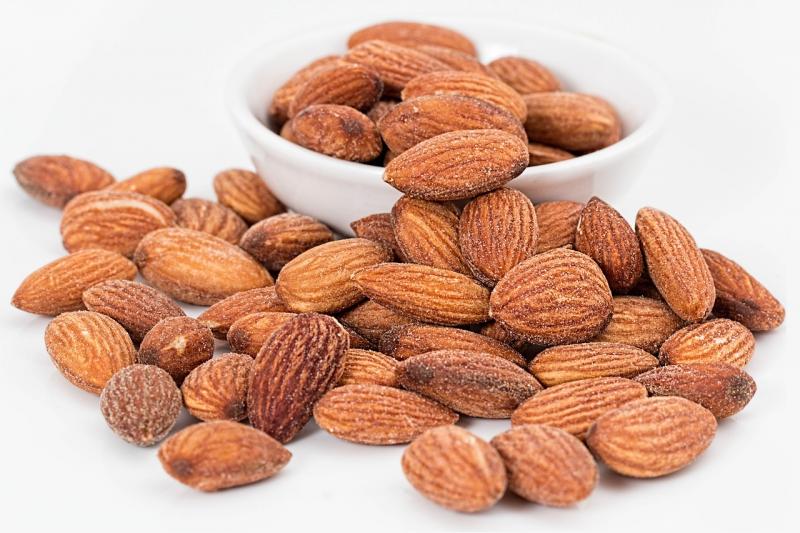 A Phase of Renewed Growth

The industry is currently in a phase of renewed growth after suffering from drought years in 2011–2014. In 2016, the total production area was 1.2 million acres, with a bearing acreage of 913,000 acres. The latter value is expected to increase by 8% this year to a bearing acreage of 988,000 acres. Meanwhile, the total production of 968,000 metric tons (MT) for the 2016/17 season is expected to be exceeded next year with a forecast of 1,020,000 MT, representing a growth of 25% over four years. This season’s harvest is already the largest ever and the first time that shipments have exceeded 2 billion pounds. 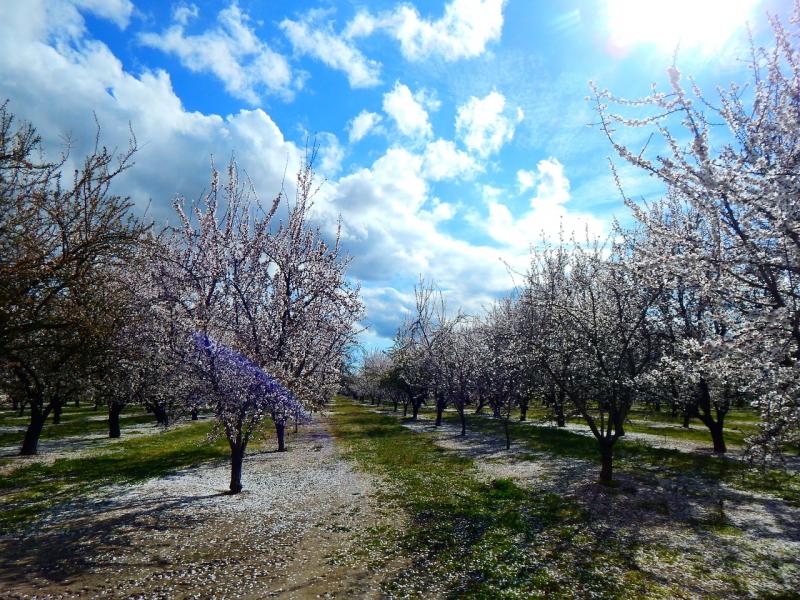 A key part of the Californian almond industry’s strategy for the future is to ensure sustainable production and environmental responsibility. This includes efficient management of water resources and helping to improve air quality in the Central Valley region by cleaning up the harvesting processes as much as possible. Last season, the industry invested 9.5 million USD across nine key research areas, including irrigation, soil health management, food safety, and biomass-based energy production, and expects to invest a similar amount next season. According to Mr. Waycott, “In terms of the production side, we’re doing everything we can to make sure that our crop will have the conditions to keep growing so that we can produce more almonds to ship to China and other markets around the world.”

Nonetheless, the industry is working hard to further increase global demand, with a particular focus on the Chinese market. China is the major importer and consumer of tree nuts in the world and its 1.3 billion consumers represent a huge market. Nonetheless, the statistics of Californian almond exports to China over the last decade reveal mixed results. Although an incredible explosion in demand between 2007/08 and 2011/12 led to shipments exceeding 100,000 MT, a subsequent gradual decline over the following three seasons resulted in shipments falling below 60,000 MT by 2014/15. However, the last two years have seen renewed growth and the industry is keen to maintain this momentum. According to Mr. Waycott, the industry is aiming to achieve combined shipments to China and Vietnam of 140,000 MT by 2020 and 200,000 MT by 2025.

Nuts and seeds are already a successful category in China’s snack market. The total value of the retail salty snacks market in China is expected to reach 495.2 billion RMB by 2020, and nuts and seeds represent 84% of this market by volume.

Tailored Marketing for a Global Product

ABC’s expectations for the Chinese and other international markets are supported by extensive market and consumer research. Its priorities for the Chinese market have included attempting to position almonds as a healthy afternoon snack, establishing clear and consistent naming of almonds, and differentiating almonds from apricot kernels, as well as expanding the ingredient business by promoting the use of almonds in bakery and chocolate products. Interestingly, these strategies are distinct from those used in other markets; for example, in South Korea the focus has been on presenting almonds as a mid-morning snack, whereas the emphasis in India has been on increasing almond consumption by the whole family instead of their traditional role as a snack for children. 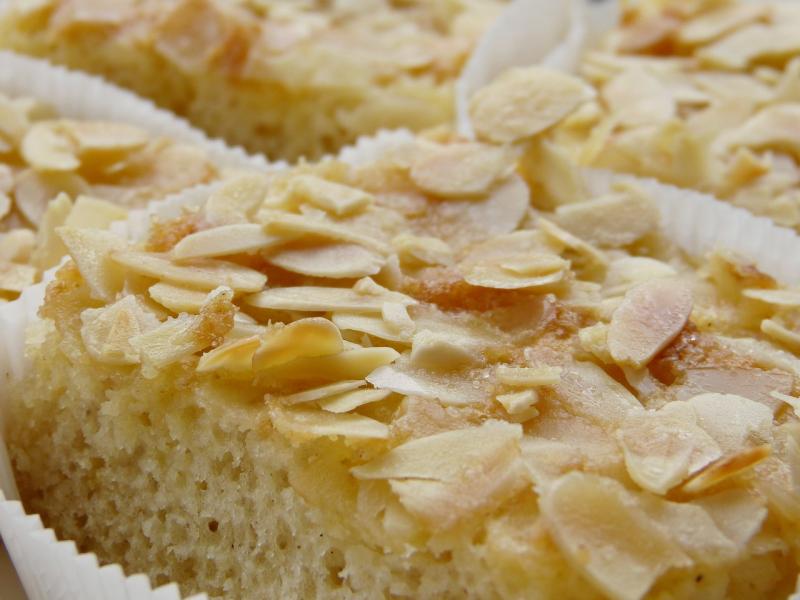 A key part of ABC’s marketing strategy in China was choosing the name Bā Dàn Mù (巴旦木) over traditional terms such as Měiguó Dà Xìngrén (美國大杏仁), following the advice of industry experts and market research. Since this change was introduced in 2013, it has served to increase the overall awareness of Californian almonds on the Chinese market, showing the importance of appropriate naming and product labeling.

Consumer research has also shown that Chinese consumers have become increasingly willing over recent years to “trade up” and pay more for premium products. These trends have accompanied the rapid development of living standards and the expanding middle class in China. These consumers represent ABC’s target demographic in China, and ABC has been trying to reach them through a range of promotional activities, including online video, social media platforms, and product placement in beauty platforms, alongside traditional advertising methods such as subway billboards and cinema advertisements.