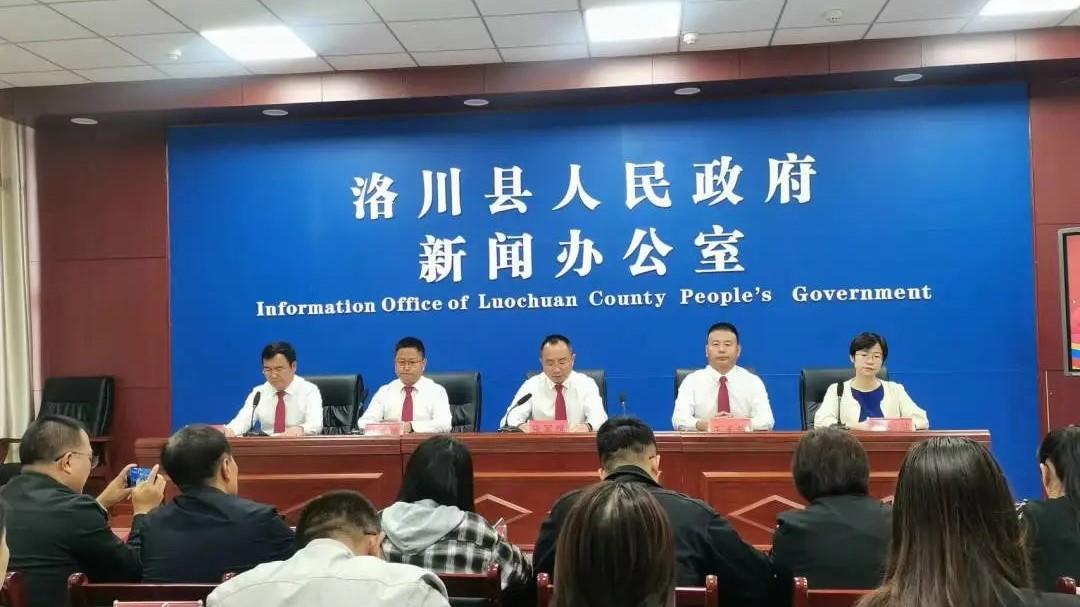 This content has been translated by Produce Report from a press release written in Chinese.

The 15th Shaanxi (Luochuan) International Apple Expo is due to take place later this month. To promote the smooth development of the expo’s various activities, a press conference was held on Sept. 9 at the Information Office of the Luochuan County People’s Government.

Zhang introduced the theme for this year’s expo: “extending the prosperity of the Luochuan apple industry chain.” The expo is due to be held on Sept. 27–29 at the International Convention and Exhibition Center of Luochuan’s International Apple Wholesale Market. The expo will feature 12 activities, including exhibitions, on-site visits and investment promotion. By means of online and offline methods, Zhang said, the expo will promote the rapid and healthy development of successful practices in Luochuan, comprehensively enhance the core competitiveness of Shaanxi’s apple industry and offer tribute to the 20th National Congress of the Chinese Communist Party.

Speaking through a video link on behalf of the China Fruit Circulation Association, Lu said that Luochuan, as a world-renowned area for apple cultivation, has set a high benchmark for development over many years. The research and development, demonstration, promotion and industrialization of new varieties, new models, new technologies and new products have played a leading role in the development of China’s apple industry, he said.

During the question-and-answer session with reporters, Qu stated that the Eight Key Tasks for Promoting the High-Quality Development of the Luochuan Apple Industry and the five strategic deployments of “industrial transformation,” “apples leading the way,” “southern expansion,” “rural revitalization” and “educational foundation” are important measures for developing Luochuan into a demonstration zone of high-quality development of the apple industry for the entire country.

Wang said that over the past 14 years, the expo has shown the achievements of the Luochuan fruit industry to the nation and the whole world. First, it has led to the high-quality development of the apple industry; second, it has promoted the development of the Luochuan Apple brand; third, it has promoted the integrated development of industry and production in the city; and finally, it has driven an increase in the income of farmers, laying the foundation for rural revitalization.

Cai said that iFresh would strive to inject fresh market forces into the coming expo, creating the Luochuan Apple Cloud Expo for the first time. With the epidemic prevention measures in China, online digital displays have become an inevitable trend. The development of the cloud exhibition can effectively solve problems relating to time and space, he claimed.

On-site visit to the Convention and Exhibition Center

Tour of the Exhibition Center

Luochuan County is located to the south of Yan’an city in northern Shaanxi province. Situated in the gully region of the Loess Plateau, the county is considered one of China’s prime areas for apple cultivation. First introduced in 1947, Luochuan apples have been cultivated for 75 years. By the end of 2021, Luochuan’s total apple output and the total value of the county’s apple industry had reached 985,000 metric tons and 11 billion Chinese yuan ($1.57 billion), respectively, while the per capita disposable income of fruit farmers had reached 15,900 yuan ($2,270).

As a renowned area for apple cultivation, Luochuan has adhered to a policy of high-quality development for many years and comprehensively promoted the research, development, demonstration and promotion of new varieties, new products and new technologies for simple and efficient cultivation. The county has played a leading role in the demonstration of high-quality development for China’s apple industry.