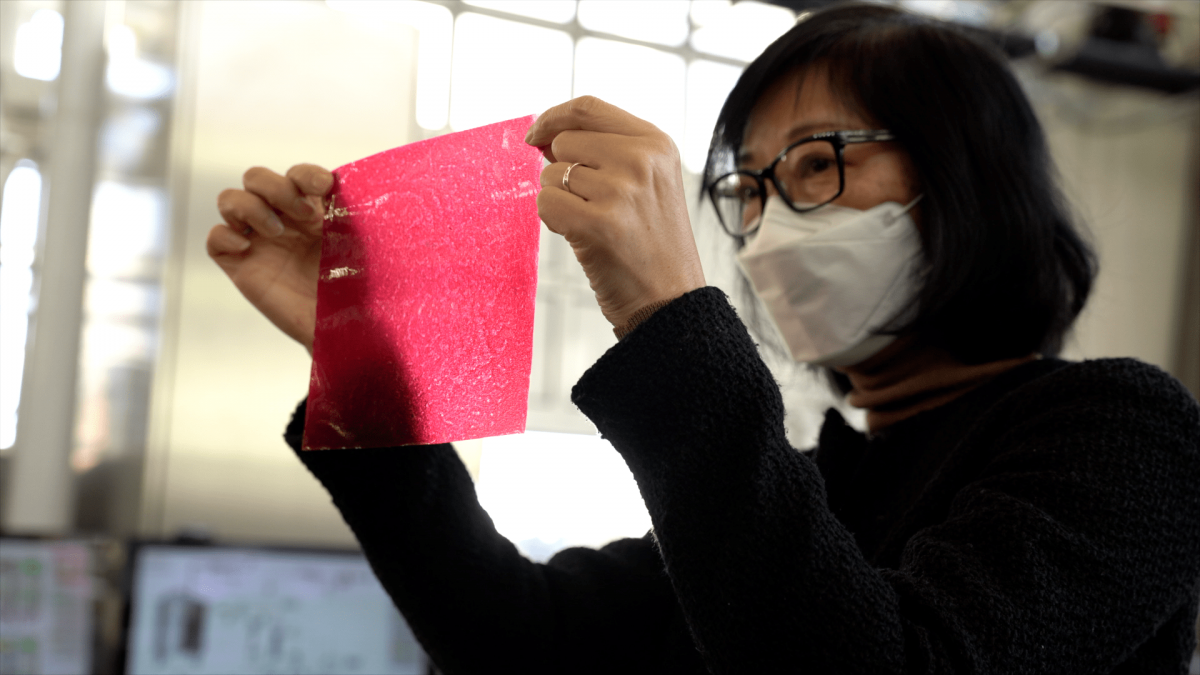 This content has been published as provided by its author, Sean Nealon at Oregon State University. It has only been modified from its original version to follow Produce Report editorial guidelines and for necessary website formatting.

Corvallis, Ore., Feb. 14, 2022 – A new study by Oregon State University scientists outlines a key advance in turning apple waste into an environmentally friendly packaging material that could serve as an alternative to plastic.

Recycled newspaper has traditionally been the main ingredient of so-called molded pulp packaging products, which have become increasingly popular because they are compostable. But the supply of recycled newspaper is in decline, creating a market for substitute materials.

Yanyun Zhao, an Oregon State professor who leads a research team focusing on sustainable food packaging and processing, has studied apple pomace and other byproducts from processing fruit and vegetable juice and winemaking as an alternative for recycled newspaper in molded pulp manufacturing. She and the team received a patent for this research.

“Right now, apple pomace is typically just composted or used for animal feed,” said Zhao, whose research aims to reduce food loss and waste across the food supply chain. “We thought why not turn it into an environmentally friendly product that meets an industry need.” 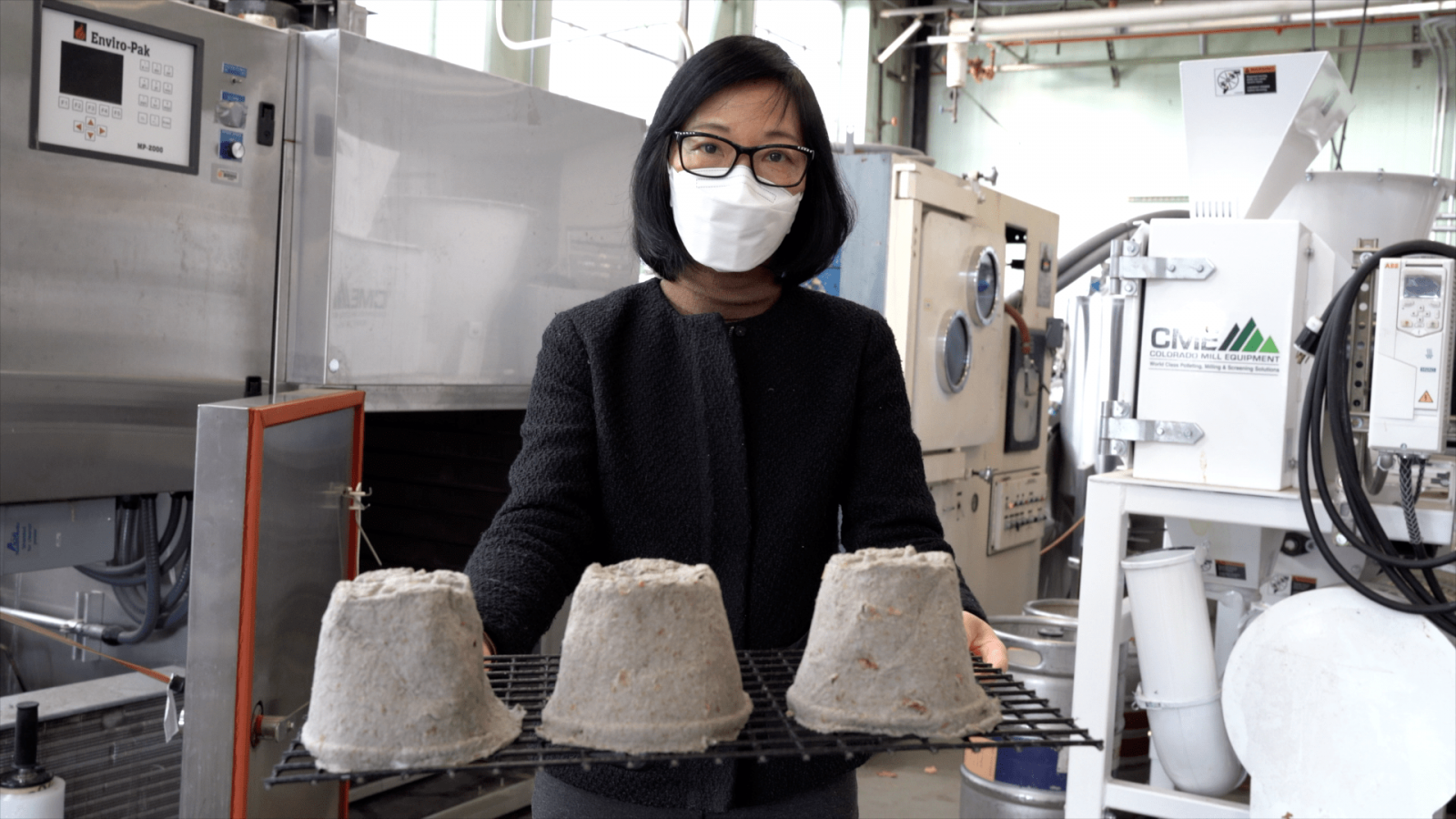 She is focused on apple pomace, in part, because it is readily available in the Pacific Northwest. When apples are processed for juice about 70–75% of the apple goes into the juice, leaving the remaining 25–30% as pomace.

One of the key problems to solve in creating pomace and paper-based packaging is improving water resistance so that it could withstand high moisture, liquid food or non-food items and products stored under high humidity conditions.

In a just-published paper in Food and Bioproducts Processing, the team sought to create eco-friendly, bio-based, compostable and cost-effective solutions that would improve the hydrophobicity, or water resistance, of the apple pomace-based molded pulp products. 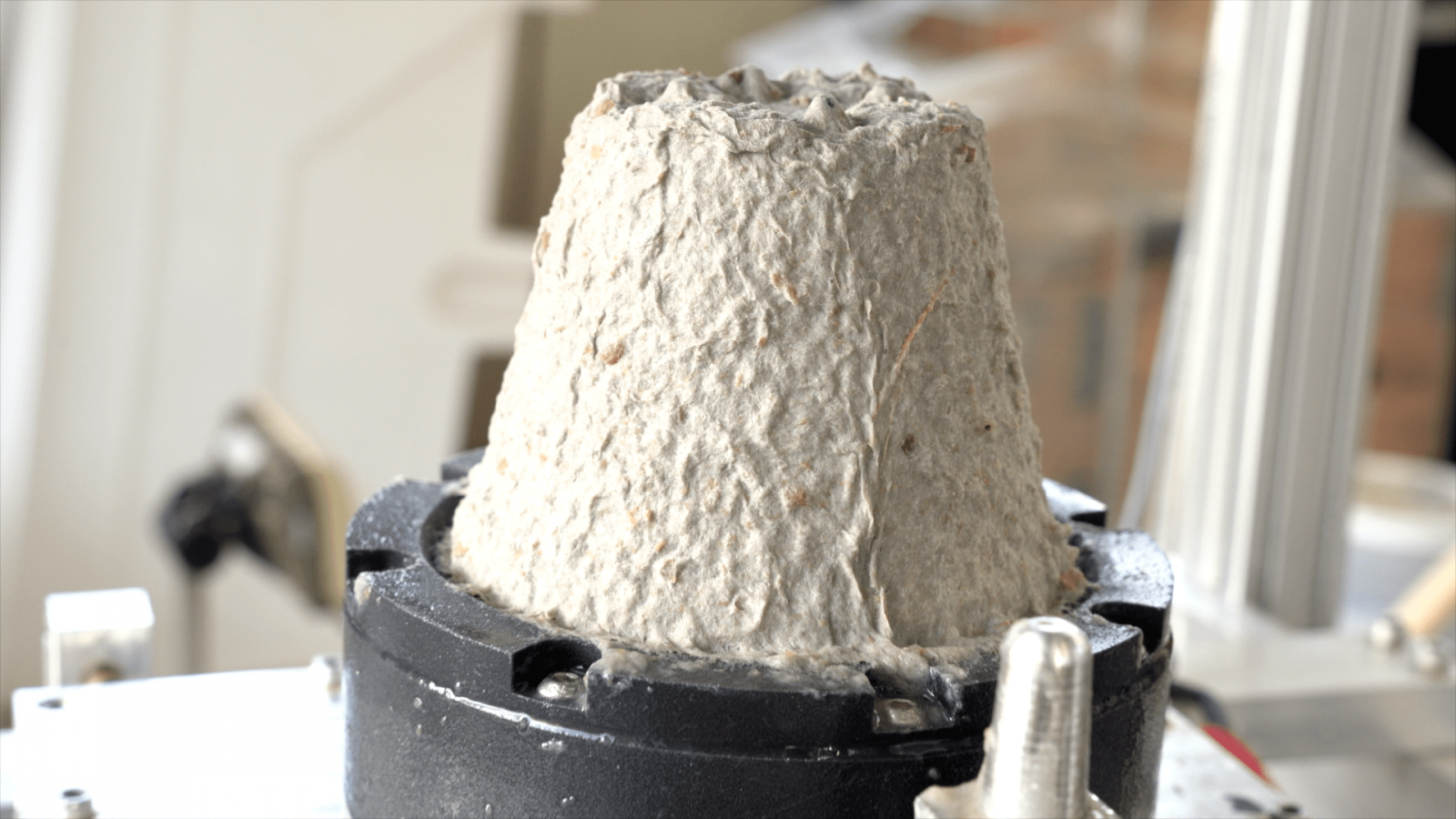 Lignin is a polymer that forms key structural materials in the support tissues of most plants. Rhubarb pomace, which is particularly lignin rich, was used in this study.

Chitosan is a bio-based polymer commonly used in the papermaking industry. A previous study from Zhao’s team found that chitosan reduced water absorption of cellulose nanofiber (CNF) films significantly through adsorption of chitosan onto CNF fibers via hydrogen bonds.

Finally, glycerol is an organic compound often added to a material to make it softer and more flexible. Previous studies had shown that at low levels glycerol decreased water absorption.

The researchers determined the optimal amounts of those polymers and compounds while also adding a small amount of cardboard fiber for stability of the molded pulp packaging products.

Zhao’s team has a long history of studying food coatings as a barrier to water and gases. The team had previously created a two-step preparation of superhydrophobic coating that is heat, cold and water resistant. They applied a simplified, one-step coating on the surface of the apple pomace-based product to enhance water resistance.

They concluded that the study demonstrated the feasibility of using fruit pomace as a new source of fiber in producing molded pulp packaging and effective approaches to enhancing water resistance in those packaging materials.

Co-authors of the paper are Clara Lang, Jooyeoun Jung and Taoran Wang, all of whom are former or current members of the Sustainable Food Packaging and Processing team in the Department of Food Science and Technology in Oregon State’s College of Agricultural Sciences. 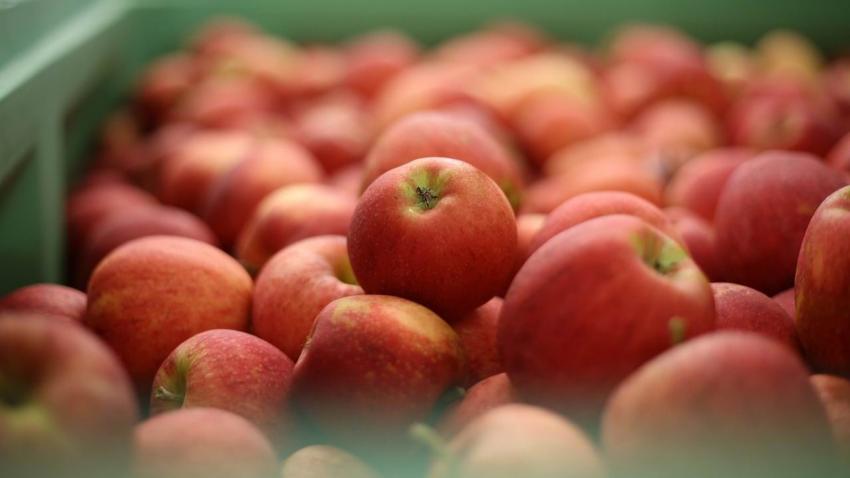