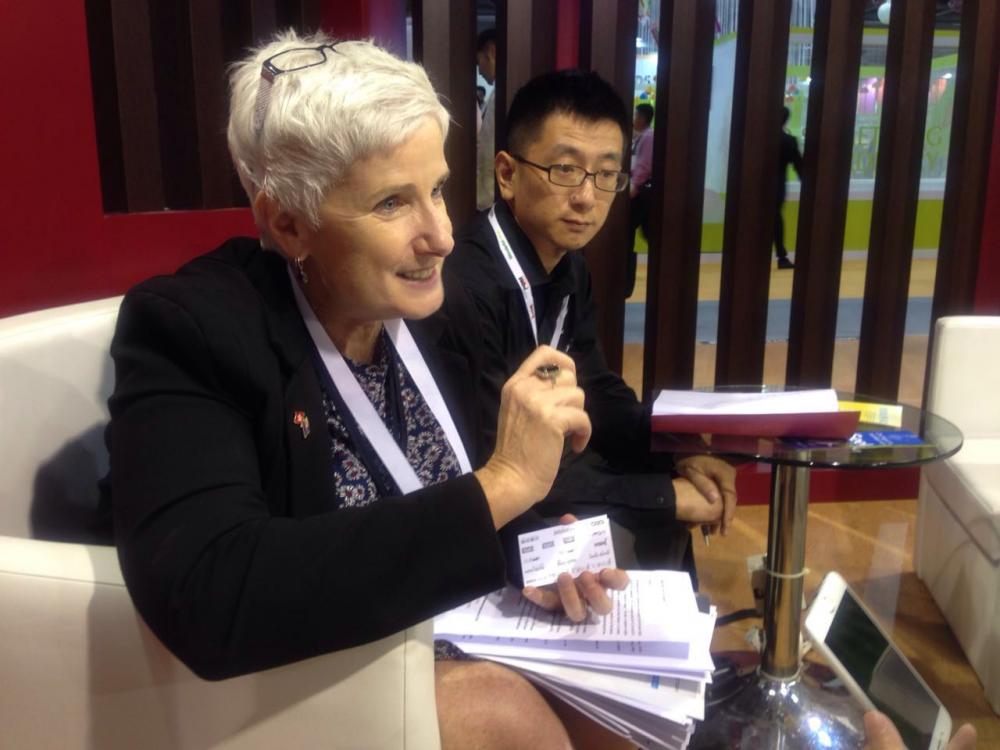 According to Ms McGuckian, presently New Zealand’s fruit exports amounted to over NZD2 billion in total and this figure would likely double in the next few years. In the first half of 2016, total fruit exports from New Zealand amounted to USD1.17 billion, up by 15.9% over the same period in 2015; of which exports to mainland China reached USD190 million, an increase of 38.1% from last year; USD26.75 million to Hong Kong, up 8.9%. Re-exports from Hong Kong has been modest, at about 7%, mainly to Macau. Ms McGuckian believed that free trade agreement with China has been a major positive effect on exports to the country. As for promotion programs, no special activity by the New Zealand Trade and Enterprise (NZTE) has been planned. They would be organized by the individual companies according to the needs of their different markets.

When asked about the relative importance of different products, Ms McGukian said that the biggest items were kiwi fruits, apples and cherries. Kiwi’s volume was biggest but cherries have been growing fastest. Cherry’s exports to various countries increased by 3 times in the last 4 years. As a result, supplies have to catch up with demands and increasing plantation would be a challenge. Ms McGukian also stated that avocados, blue berries and strawberries would become more important in the future.

About the major success factors for the buoyant export performance of New Zealand horticultural products, Ms McGukian said that her country’s green and clean environment and how New Zealanders have always treated their land as their families were the most important. In addition, innovation technologies and solutions, as well as automations in picking and packing, have facilitated the optimisation of the sector. During the Asia Fruit Logistica, several New Zealand engineering companies exhibited their specialized equipments