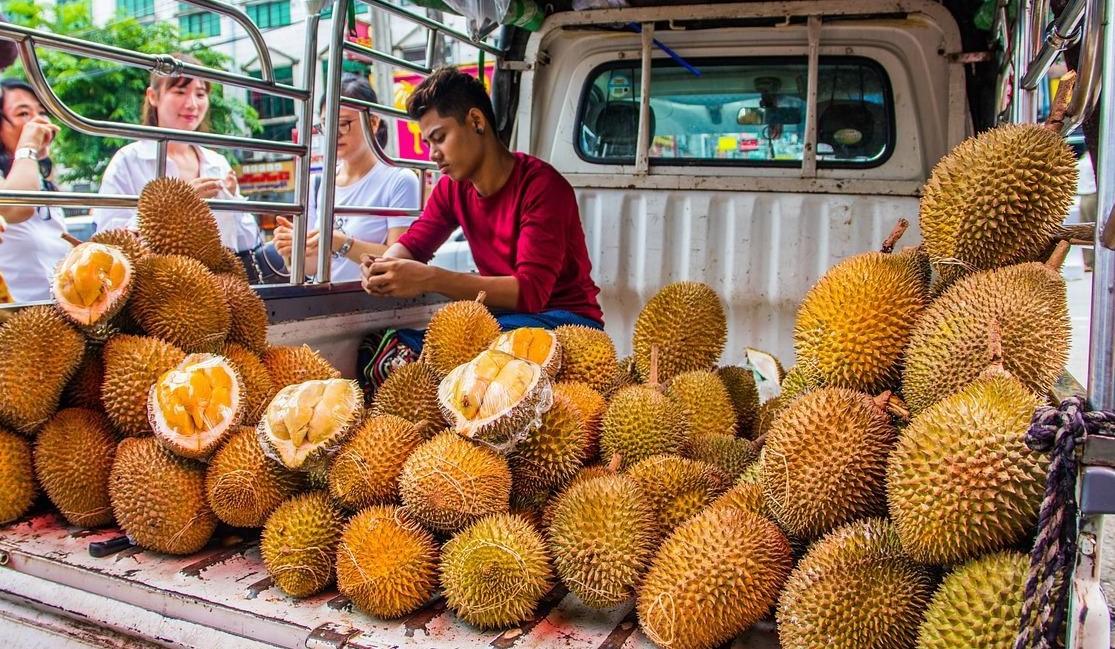 According to Singapore media reports, the price of Musang King durians sold locally in Malaysia has dropped by 40%, as a result of an unexpected bumper harvest.

The industry had previously predicted a drop in durian production in excess of 50% this season, with prices forecast to rise as high as $13.75–15.99 per kilogram. The peak production season, which typically occurs between June and July, was expected to be delayed until October owing to erratic weather patterns.

The bumper crop is the result of changing weather in Malaysia’s Johor state, along with an increased supply from Pahang. Throughout April, the region experienced continuous precipitation, but in May and June, the weather was very hot, and many durians ripened all at once.

The retail price of Musang King durians in Singapore has dropped to $8.65 per kilogram. The Red Prawn and D13 varieties have also decreased in price, falling to just $7.20 per kilogram. In an effort to attract customers, some fruit shops have launched a “buy five, get one free” gift campaign and even given away durians for free to the elderly.

These new varieties are not yet available on the market. For now, they are only being planted in small quantities in the towns of Bedong, Sungai Tok Pawang and Kampung Ketapang in Kedah state.