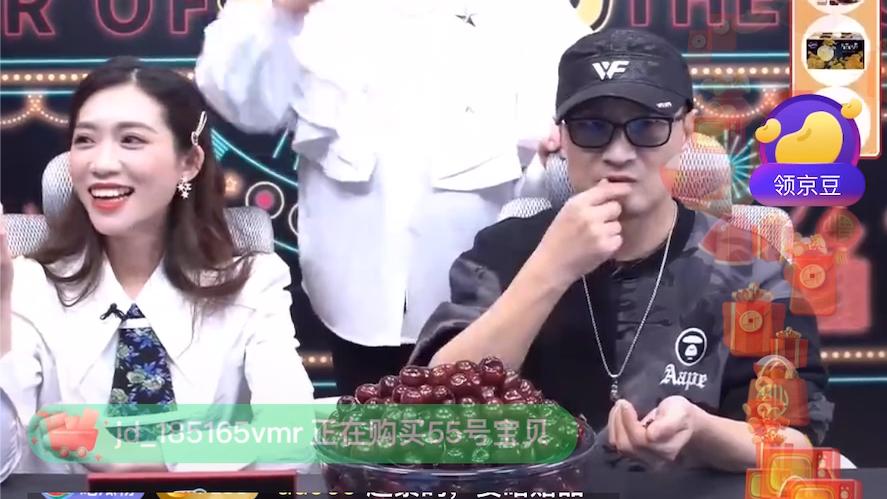 On Jan. 30, the Chilean Cherry Committee of the Chilean Fruit Exporters Association (ASOEX) continued to intensify its efforts to promote cherry consumption and support cherry traders.

Yesterday evening, Cherries from Chile partnered with JD.com to hold a livestream featuring Chinese rock ‘n’ roll legend Wang Feng. The event was a huge success, attracting more than 1.5 million live viewers. The cherries being promoted in the stream sold out even before the broadcast had ended, prompting cherry fans watching live to leave comments asking for more cherries, more cherries, more cherries!

Cherries from Chile’s Chinese New Year 1.8 Million Yuan Super Lucky Draw attracted hundreds of comments and shares upon publication to the Cherries from Chile Weibo account. The lucky draw is open to any consumer in China who can show proof of purchase of Chilean cherries and may be shared freely on social media and at points of sale. All of China’s leading online and offline fruit retail channels will participate in the promotion. More details and instructions to enter can be found on Weibo. 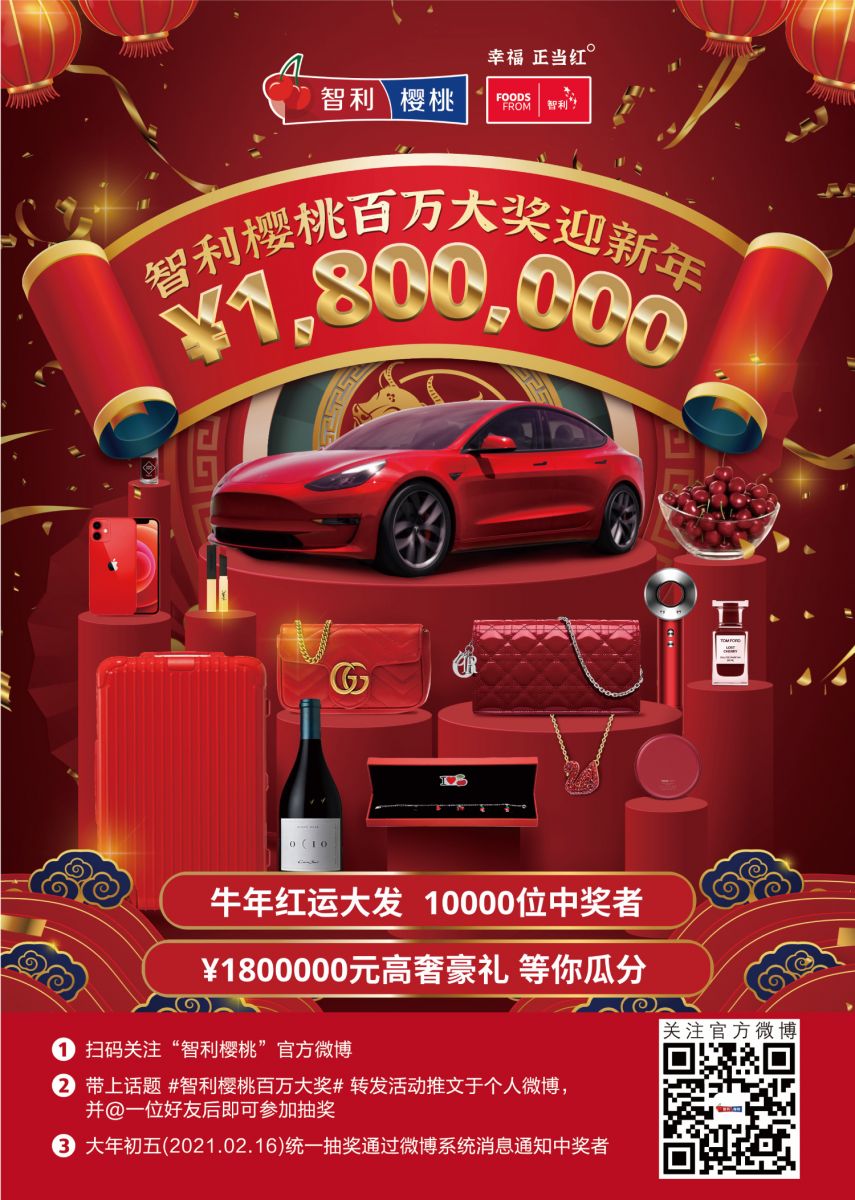 Cherries in the News

Much media coverage of cherries in recent days has continued to focus on reassuring consumers that it is safe to eat imported cherries and other food. This coverage has included multiple television news reports covering major cities in eastern and southern China.

Having trouble viewing the video below? Click here to watch it on Tencent Video.

Meanwhile, e-commerce, social media and in-store promotions for Cherries from Chile are continuing to run, stimulating consumption in markets all around the country. Aeon supermarket today held a Chilean cherry livestreaming event, and a major celebrity Chilean cherry livestream is scheduled for next week. Stay tuned in coming days for more details about all of the Cherries from Chile official promotional activities and cherry-related media highlights! 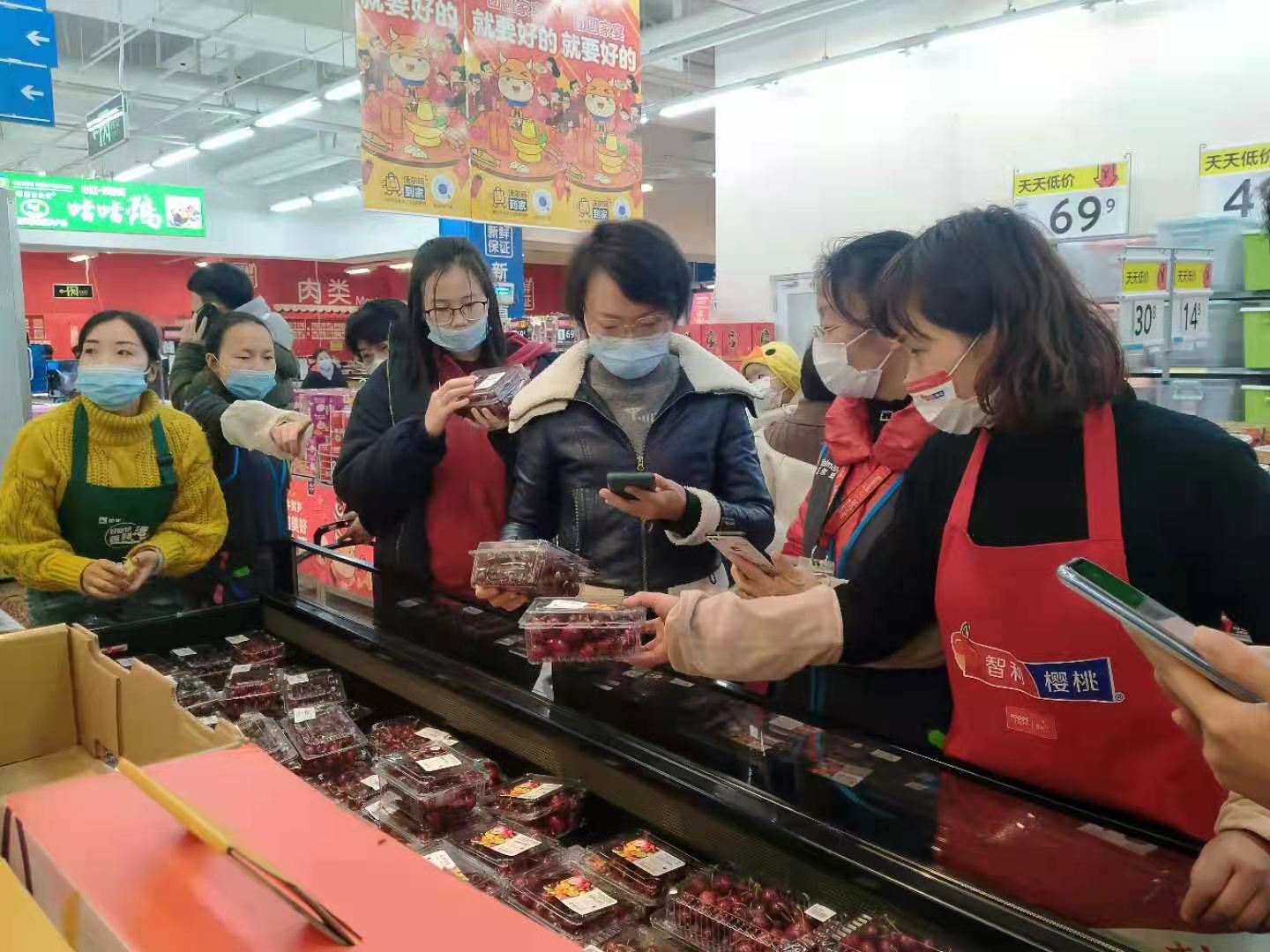