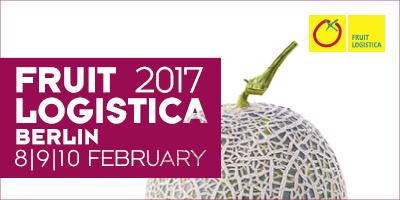 The most important award of the fresh produce trade will be presented in Berlin on 10 February 2017. More than 70,000 trade visitors from over 130 countries can cast their vote on 8 and 9 February 2017 for the innovation of the year. The shortlist.

Berlin, 15 December 2016 – The shortlist for the 2017 FRUIT LOGISTICA Innovation Award (FLIA) has been announced. The ten innovations selected will be presented from 8 to 10 February 2017 in a special exhibition between Halls 20 and 21. This is also where the winners will be announced on 10 February 2017 at 14:30.

The special feature of the FRUIT LOGISTICA Innovation Award is that it is selected by the more than 70,000 high-profile trade visitors from over 130 countries attending the exhibition. They will be able to cast their vote for the innovation of the year on the first two days of the trade fair.

A panel of experts consisting of representatives from all levels of the fresh produce trade has selected the following ten nominees from over 60 submissions:

A flexible, space-saving multi-purpose pallet box system which is both lightweight and completely collapsible, available with tilting and base emptying functions.

A specially developed natural solution to delay so-called “pinking” in cut lettuce, extending shelf life at POS by one or two days.

A specially developed beehive to optimise pollination in the greenhouse under artificial lighting. It has integrated navigation aids for the bees using reflective signals and a special coating.

A spiral cutting machine for the high volume handling of vegetables to produce pasta-like shapes such as spaghetti, tagliatelle, rings and even gnocchi-like cores.

A fully compostable growbag filled with 100% organic substrate for the cultivation of greenhouse vegetables such as tomatoes and other products.

A pre-germinated nut from the Philippines with high levels of Vitamin E, pre-scored for easy opening with the special stainless steel cracker and sold in environmentally friendly cotton bags.

A sweet and crunchy yellow apple variety of Shinano Gold, a Japanese cross between Golden Delicious and Senshu.

Detailed information on the FLIA shortlist to follow in January 2017. Photos of the nominated products and services are available at http://www.fruitlogistica.com/en/Press/PressPhotos/