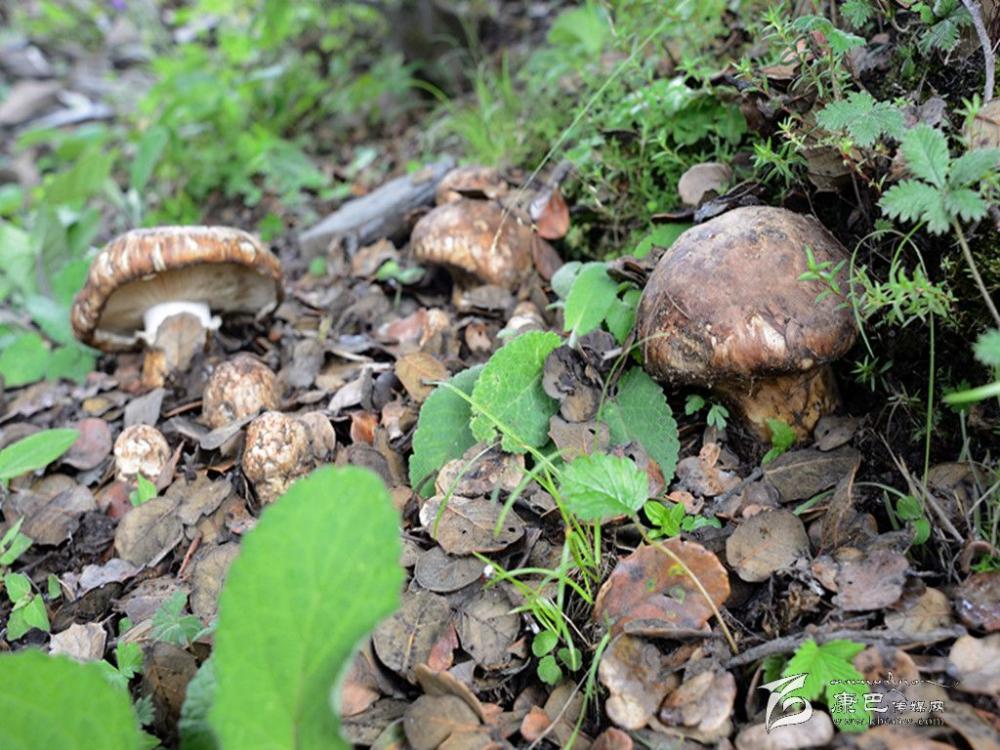 As spring turns to summer in the mountains of western China, the annual rainy season sets in. Soon afterward, a slow trickle of “soft gold” begins to flow down the mountain slopes. This “soft gold,” as it is sometimes called in China, is matsutake mushrooms (Tricholoma matsutake).

The fungus is a highly prized delicacy in many parts of the world, especially Japan, where the price for the highest grade matsutake can surpass that of European truffles.

Recently, as Japanese demand for matsutake has softened alongside a slowing economy, demand in China is showing promise that it can pick up the slack and shift China’s sizeable matsutake harvest away from export dependence and toward domestic consumption.

Though the name matsutake comes from Japanese, China, where it is known as songrong (松茸), is the world’s top producer and exporter. This is largely because the fungus can only be foraged from the wild, where its growth depends on a symbiotic relationship with the root system of a host tree as well as a complex set of environmental factors such as elevation, temperature and humidity.

“Matsutake are what are known as mycorrhizal fungi,” says Peter Mortimer an associate professor and agroforestry expert at the Kunming Institute of Botany in Yunnan province. “It’s a symbiotic relationship. The fungus gets nutrients from the soil and gives it to the plant. In exchange the fungus—in this case matsutake—gets sugars the plant has created through photosynthesis.”

It happens that mountainous regions concentrated mostly in Yunnan and Sichuan provinces and Tibet Autonomous Region have highly favorable environmental conditions and a relatively high availability of suitable host tree species. Locals in some of these areas also, “protect and manage the environment where matsutake grow,“ through methods such as blocking access to animals and humans or building shelters above productive matsutake patches, according to Mortimer. “And through micromanagement of the environment they’re able to increase production quite substantially.”

China’s annual harvest volume is estimated at about 3,000 tons, of which 60% to 70% are from Yunnan province. Among the wide variety of edible wild mushrooms found in Yunnan and other areas of China, matsutake have historically not been highly prized among Chinese consumers. So for several decades most of China’s harvest was exported to markets where there was more demand and therefore a higher price than could be fetched domestically.

Since the 1980s, Japan consistently has been the largest importer of Chinese matsutake, consuming up to 95% of China’s exports in a given year. Other comparatively minor export markets include South Korea, Singapore, Thailand and the US.

Low domestic demand and the dominance of Japan in the market for Chinese matsutake exports led to the crop to excessively depend on demand in Japan. When the Japanese economy has been good, the demand for China matsutake has increased, when not the demand has decreased.

In recent years, Japan’s imports of Chinese matsutake have gradually fallen, likely as consumers there scale back on luxury spending in the face of a stagnant economy. In 2010, the export volume of Chinese matsutake was 2,381 tons, with a value of 74.26 million USD. Output declined in subsequent years and the export price soared from 30,000 USD per ton to 50,000 USD per ton. As a result, the export volume decreased 35% to 1,552 tons. Subsequently, although export prices stabilized, the export value still gradually decreased year by year as volume decreased. In 2015, the export value was 55.5 million USD, a 25% decline compared to 2010.

Thankfully for villagers in Yunnan and elsewhere who depend on foraging matsutake for a significant portion of their income, matsutake have caught the attention of Chinese consumers. This year has seen a tremendous pickup on the domestic China market, with domestic consumption now accounting for half of the harvest.

One contributing factor to the rising popularity of matsutake with Chinese consumers may be their being featured on the extremely popular food documentary program  “A Bite of China”, which is called them “a gift from nature”.

The rapid development of ecommerce has also boosted domestic consumption of matsutake. For example, in Shangri-La, Yunnan, an important matsutake producing area, the majority of product this year was moved to consumers via sales on ecommerce channels . Last year, half of Shangri-La matsutake sold domestically went to Guangdong province. But this year, the sales were spread all over the country, especially in Jiangsu, Zhejiang, Shanghai and Beijing. Informal reports suggest sales to the domestic market have risen 10 times this year for many sellers.

Development of the domestic cold chain has also aided in boosting domestic sales of matsutake, which spoil very quickly at ambient temperatures. 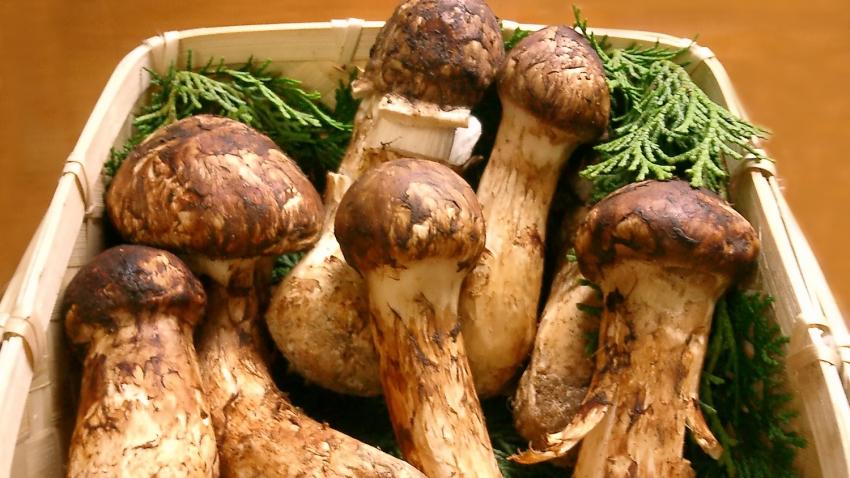 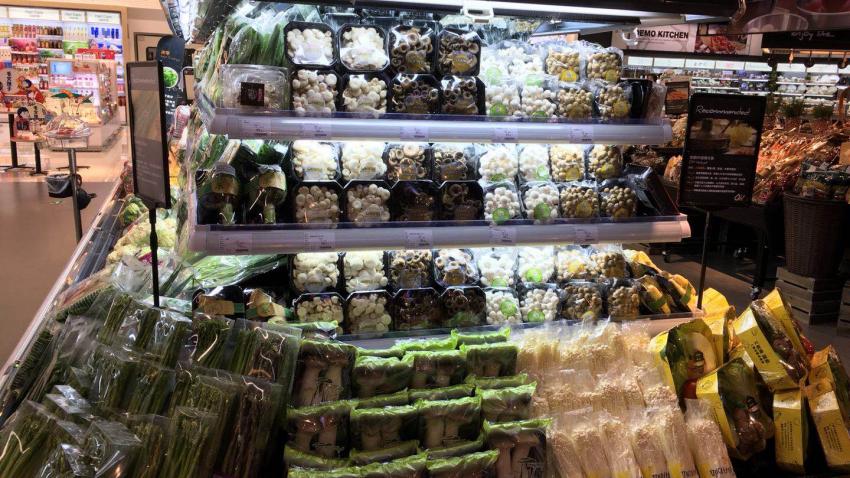 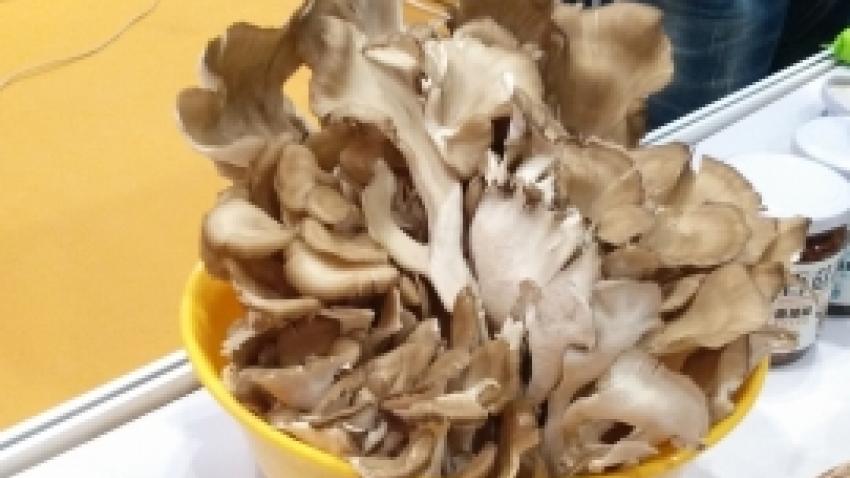