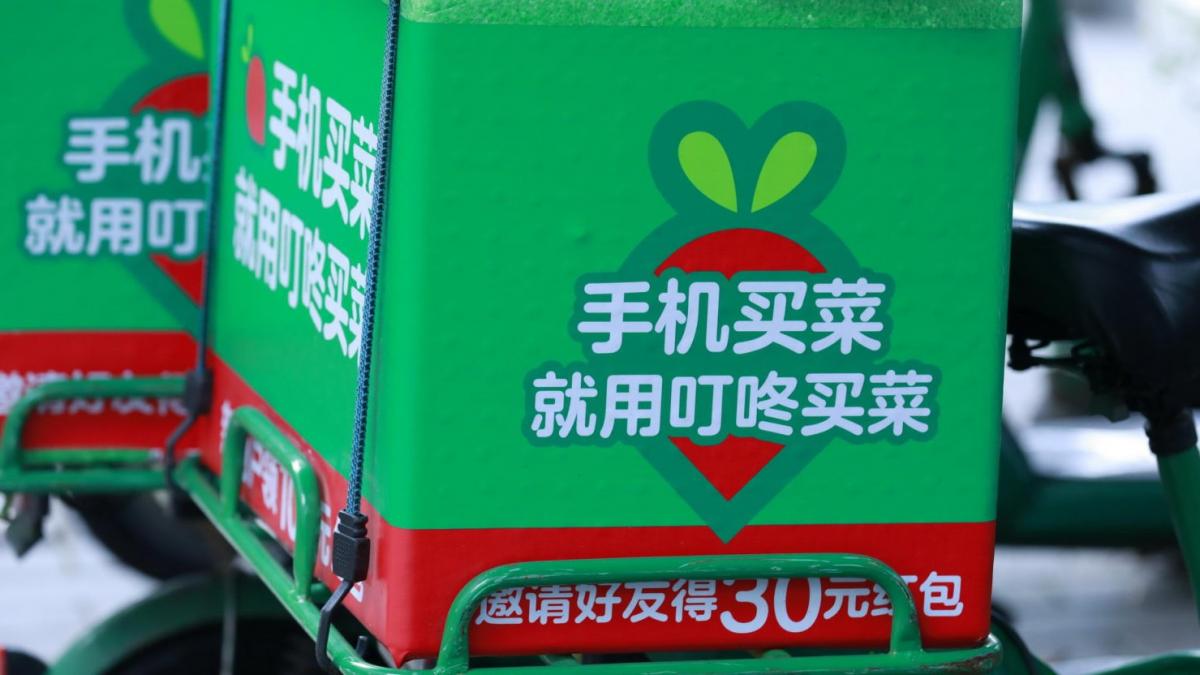 The past fortnight has seen two Chinese grocery e-commerce giants launch IPOs on the U.S. stock market. MissFresh, the first Chinese company in the fresh produce e-commerce sector to go public in the United States, did not perform as well as expected after being listed on the Nasdaq exchange on June 25. The company’s rival Dingdong Maicai, on the other hand, has made a much more promising appearance after being listed on the New York Stock Exchange, with the share price repeatedly reaching the daily trading limit-up and the company’s market valuation now approaching $10 billion.

On June 28, perhaps prompted by MissFresh’s mediocre stock market debut, Dingdong Maicai drastically cut its IPO target shortly before going to market, reducing the number of American depository shares the company aimed to sell from a planned 14 million to just 3.7 million. On the evening of June 29, Dingdong Maicai was successfully listed on the New York Stock Exchange, and shares commenced trading at $28, higher than the IPO price of $23.50. On June 30, Dingdong Maicai’s share price had jumped 62.83% by market close, hitting a 90% increase at one point during the trading day. Meanwhile, the company’s market value surpassed $9.8 billion, with the surging share price triggering two circuit breakers.

Perhaps owing to a knock-on effect from Dingdong Maicai’s big IPO splash, MissFresh’s share price also rose 6.94% after trading commenced to $9.25 per share, with a total market value of $2.18 billion.

The predecessor of the current Dingdong Maicai platform was the “Dingdong Neighborhood” app, positioned as a neighborhood social media platform. In 2017, the company reinvented itself as Dingdong Maicai (whose name means “Dingdong buy vegetables”), oriented toward the fresh produce and foodstuffs sector. Shortly after this pivot, Dingdong Maicai began expanding its services in the Shanghai area, and revenue began to increase rapidly. From 2018 until the present, Dingdong Maicai has undergone large-scale expansion, broadening its product offerings from just fresh produce to include other daily commodities. As of the first quarter of 2021, Dingdong Maicai was operating approximately 1,000 “pre-warehouses” and 40 regional operations centers, with a presence in 31 cities throughout China.