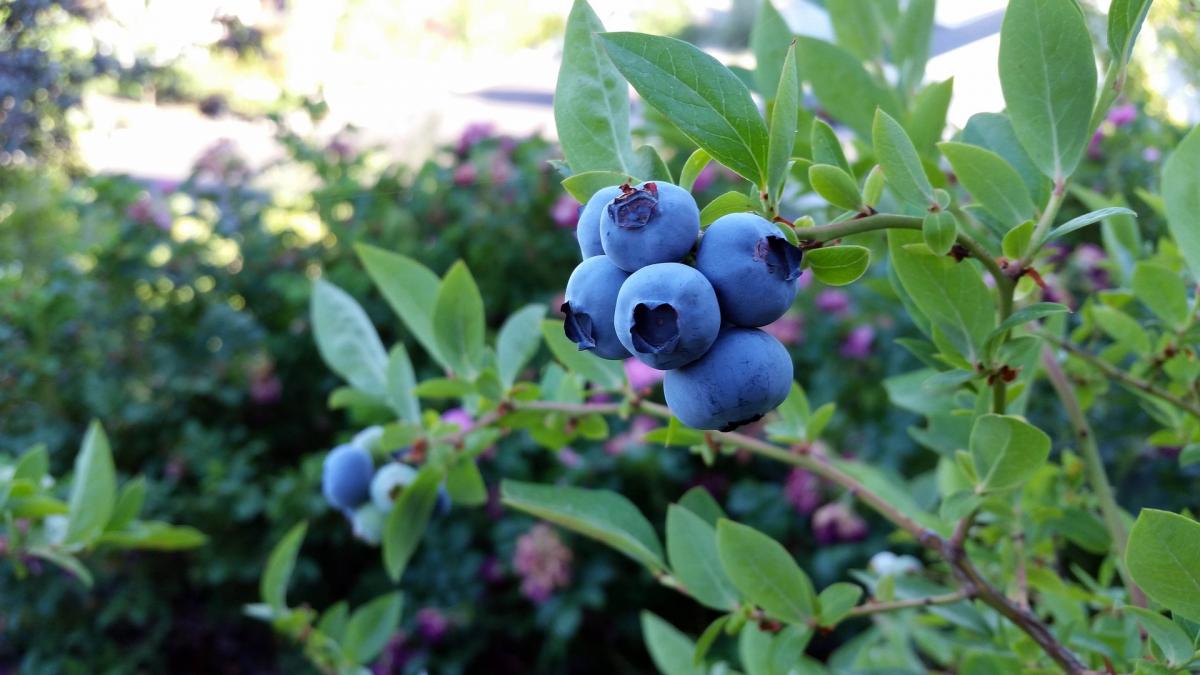 In terms of fresh fruit output, each province differs in terms of varieties planted and production goals, such that the proportion of fresh fruit varies significantly from province to province. For example, in Guizhou province, the main variety grown is the Rabbiteye variety, with only 30% of blueberry output being fresh fruit. In recent years, Sichuan and Anhui have seen rapid development of the No. 1 Blueberry variety, which is largely grown for further processing to manufacture health supplements, and have a fresh fruit output of 60%. In contrast, in the provinces of Shandong, Liaoning and Anhui, fresh fruit accounts for almost the entire blueberry output.

The report analyzed the year-long price trends of China’s domestically grown blueberries, showing that prices started out high earlier in the year before gradually falling in the latter part of the year. The period from early March to early April saw the highest prices of the year, with prices remaining fairly high from early April to mid-May. From the second half of May onward, prices were relatively low, hitting their lowest point in July.

The supply of high-quality early-maturing fresh blueberry varieties was largely owing to the use of the solar greenhouse and polytunnel cultivation methods. These are currently two of the most important cultivation methods used in China’s northern blueberry production regions. According to the report, by the end of 2020, the total ground area of solar greenhouses for blueberry planting had reached 2,010 hectares, with an output of 15,185 tons. Liaoning province was number one for solar greenhouses, representing 63% of the national total greenhouse area and 56.6% of the corresponding output. Shandong province came second in this category, representing 27% of national solar greenhouse area and 32% of output. The total national area of polytunnel blueberry cultivation reached 705 hectares, with an output of 7,510 tons. Shandong was number one in the polytunnel category too, representing 66.6% of the national total area and 71% of polytunnel-grown blueberry output. Liaoning came in second, with a 17.7% share of land area and a 20% share of output.

Varietal makeup has been optimized, with significant north/south differences

In terms of varieties being grown, the crop makeup in the south of China has diversified, while that in the north has stabilized and been further optimized. Over the past decade, the breeding of Southern Highbush blueberry cultivars has been unusually active throughout the world, while the breeding of Northern Highbush cultivars has lagged behind.

In the blueberry-growing regions of southern China, the main families of blueberry cultivars currently being grown are Southern Highbush, Rabbiteye and Northern Highbush.

The Southern Highbush cultivars grown in these areas include O’Neal, Misty, Emerald, Jewel, Star, Camellia, No. 1 Blueberry, Brigitta, Bluerain and the L and OZ series planted by overseas enterprises, among others. Rabbiteye cultivars include Brightwell, Wonong, Climax, Baldwin, Gardenblue, Woodard and Powderblue. Northern highbush cultivars, whose characteristics help make the most of the climate in high-elevation northern regions, include Reka, Bluegold, Bluecrop and Northland.

According to the report, in 2020 more than 25 multinational enterprises invested in scaling up blueberry production in China. In 2015, multinationals only represented 1% of China’s fresh blueberry industry — that figure has now jumped to 10%.

One significant feature of the large-scale planting by multinational growers is that they are targeting the fresh fruit market, using their own trademarked varieties and high-efficiency substrate culture techniques. Substrate culture has emerged as a new method in China and possesses various advantages, such as fast growth (with the first, high-yield harvest after only a year), water-fertilizer integration to enable the accurate application of fertilizer, ease of standardized production and reduced labor requirements. However, substrate culture also has its limitations; for example, it requires a high level of technical and management knowledge from workers and uses large volumes of fertilizer, so it has faced some challenges in terms of implementation and development.

Another new characteristic of the industry is the use and production of varieties specifically intended for processing into other products. For example, the premium No. 1 Blueberry variety cultivated by Zhejiang Blueberry Technology Corporation has a number of advantageous qualities: it is very adaptable to a variety of soil conditions, easy to grow, produces a high, reliable yield, is easy to process and contains a high level of anthocyanidins (natural pigments known for their health benefits). It has become a pioneering processing-focused variety, revitalizing rural areas in southern China and contributing to the economic growth of farming households. By the end of 2020, the total growing area of the No. 1 Blueberry variety had reached 8,867 hectares, of which 7,300 hectares were newly added in 2020, and the total output reached 22,000 tons. The No. 1 Blueberry variety has forged a new path, becoming a dedicated raw material for the manufacturing of products supplemented with blueberry anthocyanidins, playing a crucial role in a new industrialized blueberry production and processing model centered around the concept of “exclusive products from a special variety.”