Chilean Cherries: Expect a Good Harvest for the Upcoming Season 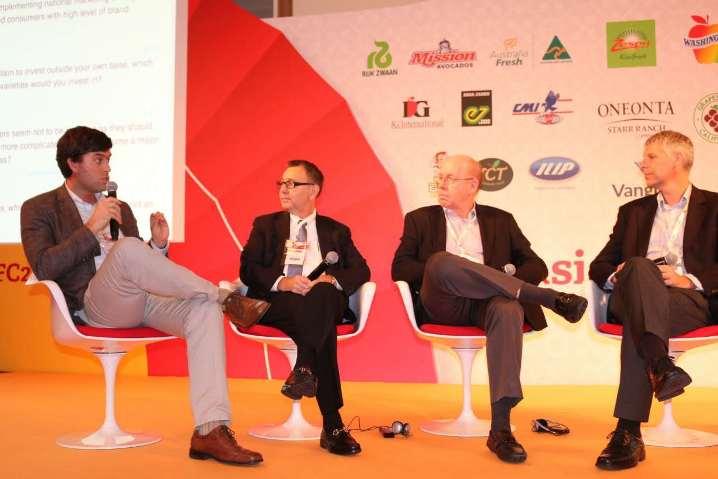 With an abundant harvest expected just around the corner, the next challenge becomes how to promote sales in China

Summary: Produce Report interviewed Mr. Alejandro Garcia Huidobro, CEO of Exportadora Prize and discussed topics ranging from Prize’s road to success and this year’s cherry production estimates to marketing Chilean cherries in China and the future of charter flights in transport of fresh fruit from Chile to China.

Exportadora Prize is a leading exporter in Chile’s fruit industry, with a history spanning more than 10 years. In this time, Prize has managed to develop a close relationship with China's fruit market, due in large part to the superior quality of their cherries. Produce Report was fortunate enough to sit down with the Prize’s CEO Mr. Alejandro Garcia Huidobro in Shanghai, following his introduction by Pro Chile. During the interview, Alejandro discussed hot topics concerning the cherry industry, such as the growing trend in China of using charter flights for fruit distribution, Prize’s future plans for the China market, and predictions for the 2016/17 cherry season.

As a latecomer to the fruit industry in Chile, how has Prize managed to distinguish itself from its competitors?

In Chile’s highly competitive fruit industry, Prize was by no means the most sophisticated company when it was established 10 years ago. Mr.Alejandro attributed the success of Prize to the priority given to innovation, quality, motivation, and personnel development. However, Alejandro also implied that the focus paid by Prize to the Chinese market was his true ace in the hole. Initially when the company made its first venture into China, exports to the China accounted for only 10% of Prize’s total exports; this figure has rocketed to 70% in recent years. He believes that this increase was the natural convergence of two key factors: the immense size of the China market and the ability of Prize to appeal to growing consumer preferences in China for foreign produce imports, namely by providing Chinese consumers with high quality, healthy, and delicious Chilean cherries. Cherries have proven to be Prize’s ‘prize crop,’ as according to Mr.Alejandro, only 20%-25% of Prize's total exports last season were cherries, yet these cherry exports accounted for 55%-60% of total company profits.

What can one expect from this year’s Chilean cherry season?

As the biggest importer of Chilean cherries, China has seen its share of Chilean cherry exports rise steadily each year. Figures provided by Fruit Exporters Association of Chile (ASOEX) back this claim that the Chinese market share of Chilean cherry exports has seen a dramatic rise in recent years. In the 2012/2013 cherry production season, 64% of total cherry exports went to China, and this figure has increased every year since: 67% in 2013/2014, 80% in 2014/2015, and even reaching 84% for the most recent 2015/2016 season. It is predicted by the industry that the output for the latest season will top upwards of 130,000 tons. Mr.Alejandro was careful when expressing his own views, noting that it was still a bit premature to be making final production predictions, as it was still early spring in Chile and cherry season had yet to kick off. Furthermore, cherries are susceptible to weather conditions and there had already been two periods of frost in Chile this season, not particularly good news. However, Mr.Alejandro remained confident that this cherry season would see a good harvest, with output to surpass last season and ‘very likely’ to reach 130,000 tons, or a 40-50% increase compared to last season.

Assuming a good harvest for cherries is just around the corner, the next challenge becomes how to promote this huge volume of cherry exports in China. In answer to this challenge, Mr.Alejandro told Produce Report that Prize had begun preparations for this upcoming season immediately following last season’s close. Nearly all the major fruit exporters in Chile, including Prize, have collaborated with the Chilean Cherry Committee to raise money for the promotion of cherries in China for the upcoming season. Between $5-7 million is planned to be raised for this purpose, with the Chilean cherry industry to contract world-class marketing agencies to carry out a large-scale promotional campaign in China during the few months of cherry season. To further cut down on delivery time, the Chilean cherry industry has collaboratively reached an agreement on new protocols with shipping liners and if all goes as planned, one full week could be cut off total delivery times to China.

To further develop and serve the China market and Chinese consumers, Prize intends to open an office in Shanghai in the near future. Mr.Alejandro also noted that the company intends to change the way cherries are sold in China by reducing the package size from 5kg to 1kg or 2kg. By using smaller packages for cherries, repackaging costs will be reduced and cherries will remain fresher longer, as they can be exported more directly to Chinese consumers, cutting out various middlemen, and thereby also preserving the high quality of the Chilean cherries. Mr.Alejandro firmly believed that these measures, combined with the good reputation of Chile's cherries, would further increase Chinese consumer awareness of and preference for Chilean cherries.

A cargo plane carrying Chilean fruits landed in Shanghai in December 2013, the first in a regular line of charter flights run by China Eastern Airlines aimed at expediting fresh fruit exports from Chile to China. This has provided a new avenue for Chilean fruit to enter the Chinese market. Mr.Alejandro was invited to express his opinion on this matter, and he noted that charter flights possessed several obvious advantages over traditional air freight, most importantly in preserving freshness. Standard air freight from Chile to China takes up to 3-4 days and presents a high degree of risk due to intricate transshipment processes. With China Eastern Airlines charter flights, delivery time is shortened to 1.5 days, which greatly preserves product freshness. However, costs associated with charter flights are significantly greater than standard flight and the difference between air and sea transportation is even greater. Mr.Alejandro admitted that sea shipments of cherries will remain Prize’s first choice in export, as they are at least ten times less expensive than charter flight shipments. Nevertheless, he insisted that as the costs of charter flights decreased and the service improved, Prize would utilize charter flights more and more as an alternative means of cherry transportation.