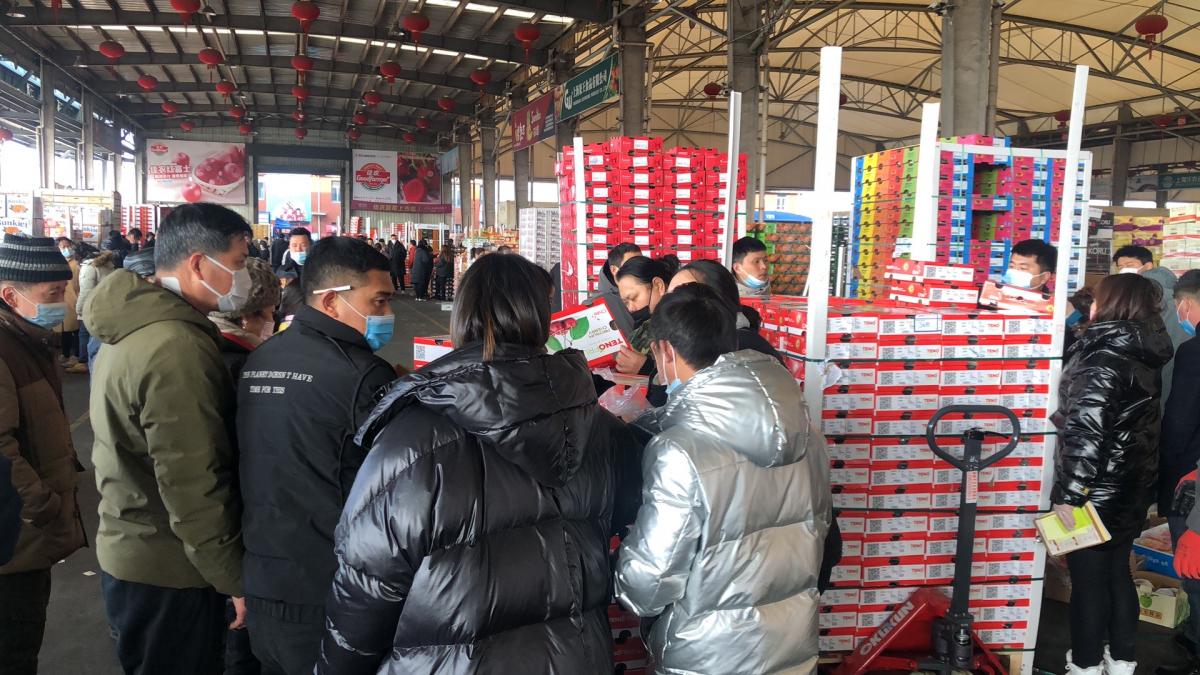 Reactivations of cherry sales in key wholesale markets on Wednesday have provided hope that a recovery is underway in China’s imported cherry market after demand for cherries slumped late last week and over the weekend. According to investigations by Produce Report, over the past several days most wholesale markets and various players in the imported cherry supply chain have responded to adverse conditions in the market with flexibility, and are taking a positive, proactive approach to boosting sales.

Meanwhile, social media monitoring and retailer surveys suggest that while consumer demand was strongly impacted by last week’s news, sentiment toward imported cherries among some consumers remains quite positive and there are signs that demand could be beginning to recover.

In fact, some retail channels have actually seen little impact on sales volumes since news broke on Jan. 21. Others, especially some brick and mortar retailers, have experienced large drops in sales over the weekend and in the first few days of the week. But most are hoping sales will recover in coming days as the social media conversation moves on, consumers digest positive and reassuring coverage from official media outlets, and cherry sales promotions are launched.

One major retailer indicated that much of its drop in sales over recent days was due to an inability to secure inventory from its usual suppliers rather than decreased consumer demand. Like some other retailers, this one stressed that it was concerned about potential disruptions in the distribution of cherries and expressed the hope that suppliers work to keep the product moving.

One positive factor has been the coverage of the story in official media outlets such as CCTV, which have featured experts like China CDC Chief Epidemiologist Wu Zunyou educating consumers that a positive test does not necessarily indicate live virus and that it is still safe to eat imported fruit if one practices good hand hygiene and washes the fruit before eating. This news and the messaging therein has been widely retransmitted in news media and on social media.

Coverage of the story has helped educate and reassure consumers.

Key wholesale markets are also taking positive steps to keep product flowing. For example, the management of Jiangnonghui Market announced on Tuesday that it was implementing a 50% discount on the transaction fee for imported cherries.

On Wednesday morning, there were positive signs of the return of buyers and more sales activity in Jiaxing, Huizhan and Jiangnonghui wholesale markets.

The Chilean government and fruit industry have also acted quickly to confront the impact of the recent news on consumer and trade sentiment. Representatives from Chile’s embassy, Guangzhou Consulate, Shanghai Consulate, ProChile and the Chilean Cherry Committee of ASOEX have already engaged with their counterparts concerning this issue and visited wholesale markets in cities like Beijing, Shanghai and Guangzhou to demonstrate support for traders.

The Chilean Cherry Committee of ASOEX started implementing a rapid response to the situation since Friday. It has released emergency funding and developed an action plan to rebuild consumer and trade confidence in cherries, emphasize that COVID-19 is not a foodborne illness and push up cherry consumption through a wide range of marketing and communications activities.