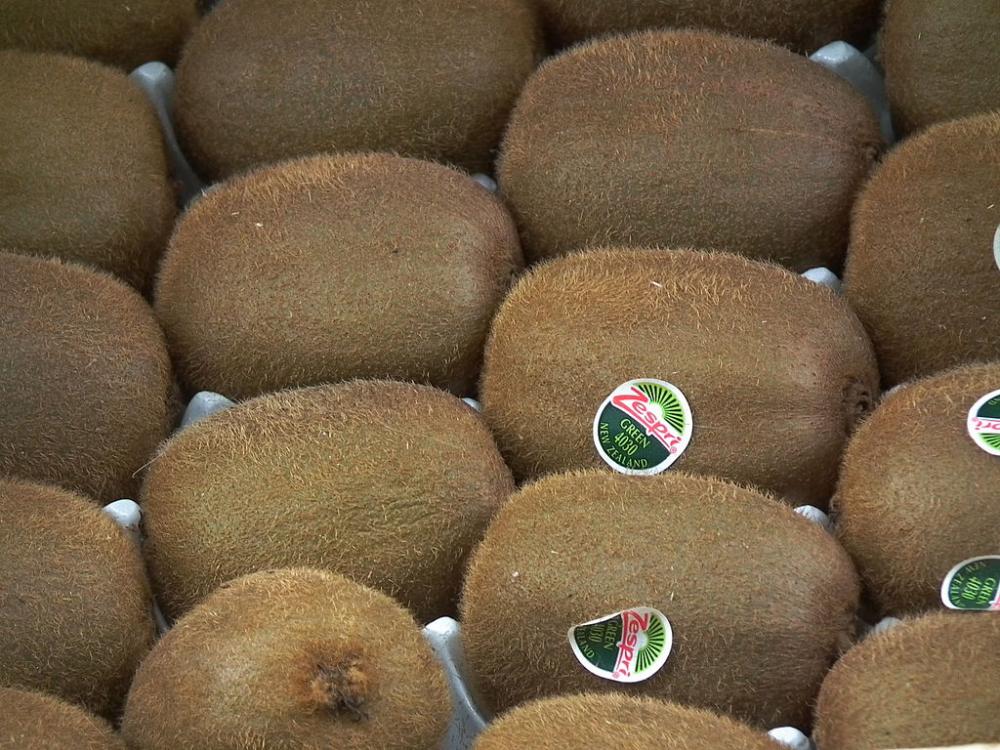 “The Chinese government is taking reasonable measures to protect their kiwifruit industry,” according to a statement to Produce Report from Zespri International Ltd. in response to a July 29 advisory from China’s national phytosanitary authority, AQSIQ, urging import and quarantine staff at Chinese ports to strengthen inspections, testing and reporting for the presence of fungus in imported New Zealand kiwifruit.

The statement provided today by a Zespri spokeswoman said that, prior to the release of the AQSIQ advisory, the fungus Neofabraea actinidiae had been discovered, “through routine testing on four containers of fruit which arrived at Tianjin Port on 8 June.” The AQSIQ advisory said that the fungus had also been detected on kiwifruit entering Shanghai.

The title of the Chinese-language advisory from AQSIQ can be roughly translated as “Cautionary Bulletin Regarding Strengthening of Inspection and Quarantine for Imported New Zealand Kiwifruit.” The advisory states that Neofabraea actinidiae is found only in New Zealand and Australia and can infect kiwifruit, apples, persimmons and other fruit, causing premature rotting during storage—and because the fungus is not found in China it poses a grave economic threat if it becomes established here.

The advisory also instructs import authorities to either turn back or destroy fruit in which the fungus is detected.

The statement from Zespri said the company was, “working closely with the relevant authorities on this matter and would like to assure our customers that there are no food safety risks associated with this type of fungus.” It continued to say that the Chinese government was taking reasonable precautions and, “we are continuing to work with Chinese officials and the New Zealand government to mitigate any potential risk to China, along with any market access impact on New Zealand.”

Sources at the China Inspection and Quarantine (CIQ) bureau in Shanghai confirmed today to Produce Report that shipments of New Zealand kiwifruit arriving at port were being allowed into China despite strengthened inspection and quarantine.

However, purchasers and consumers could expect to see supply disruptions starting later this month, with media reports coming out of New Zealand today stating that Zespri has temporarily delayed new shipments of kiwifruit to China. According to reports in the New Zealand Herald and Stuff, Zespri began deferments of shipping began earlier this week, and no shipments are currently going out.

Zespri told the Herald that the delays were in order to work with New Zealand’s Ministry for Primary Industries (MPI) to develop new pre-shipping protocols for fruit destined for export to China. The same article reported that Zespri was planning to reallocate to other markets 1 million out of the 8 million trays of kiwis it had earmarked for the Chinese market for the remainder of the season.

Reached today for comment, an MPI spokesperson told Produce Report that, “we have been made aware that Zespri has voluntarily placed a temporary hold on its exports of kiwifruit to China until additional checking processes are in place…we are working with New Zealand kiwifruit exporters on additional checking processes for kiwifruit exported to China.  These should be in place in the next few days.”

Editor’s Note: After the publication of this article, Produce Report received the following statement from Zespri, dated August 5,which clarifies the timing and expected duration of the halt on shipment of New Zealand kiwifruit to China:

“Zespri has temporarily deferred exports to China until strengthened pre-export fruit checking processes are in place. We are working with NZ kiwifruit suppliers and MPI to develop additional measures in response to the risk notification issued after the find of the fungus Neofabraea actinidiae through routine testing on two containers of fruit which arrived at Tianjin Port on 8 June.

This temporary halt was put on last night and we expect shipping to resume when the new processes are in place in around a week’s time. We expect to ship another 7 million trays into China this season.

A number of additional pallets have also been placed on hold in China this week due to this issue, which were not subject to the pre-export fruit checking processes. Sales of kiwifruit which have cleared the customs process in China continue as normal and our sales season continues positively in China, on track to exceed last year’s volume.”