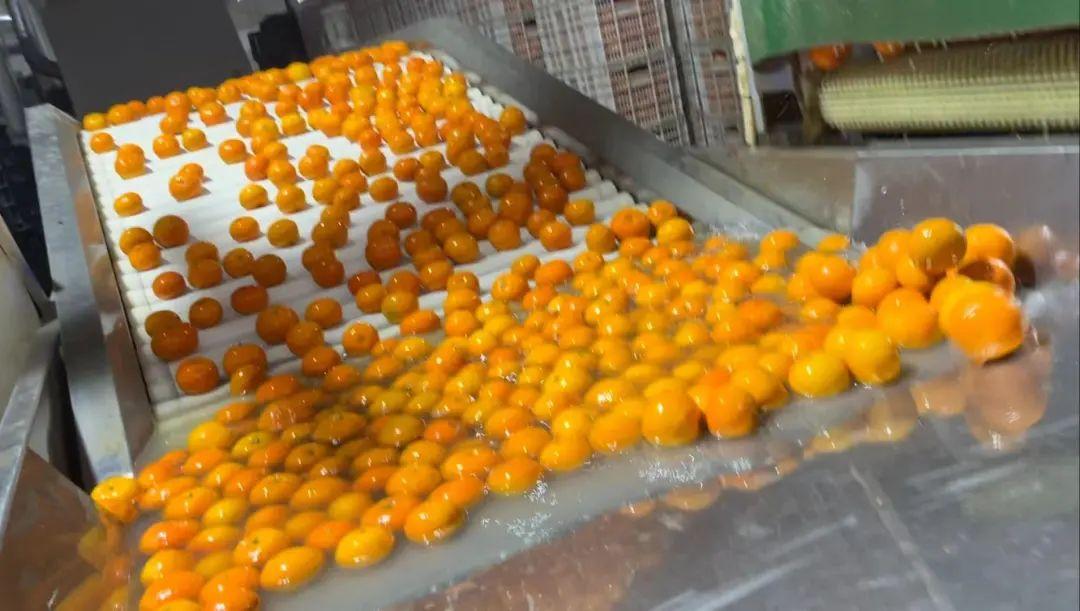 According to a report by Chinese digital publication The Paper, allegations have surfaced in the past few days that some fruit dealers in the Wo tangerine growing region of Wuming in Nanning, Guangxi, have been increasing the concentration of fungicides used on the fruit in violation of the regulations in an effort to extend shelf life. In addition, the dealers have allegedly been ignoring the stipulated safety interval between treating the tangerines with fungicide and releasing them onto the market, and they have reportedly been doing so for quite some time.

After harvesting, Wuming Wo tangerines undergo several processing steps that include washing, waxing, grading and packaging, before entering cold storage prior to transportation and sale. While conducting undercover investigations, a journalist from The Paper noticed that when the tangerines were soaked in the fungicide solution, several different fungicides would be mixed together, and afterwards the tangerines would be taken directly to fruit markets for sale without being stored for the required safety interval.

Fungicide solutions such as imazalil, prochlorax, “24 drops” and Bellkute have been approved by China’s Ministry of Agriculture for use in killing fungus on fruit. These products can prolong the shelf life of citrus fruits and are effective at preventing rot during transportation. The packaging of all of these fungicides clearly states that they are non-toxic or possess low toxicity, and they need to be diluted with fresh water in varying ratios before use. After being soaked in the fungicide solution, Wo tangerines must be stored for a specified number of days to allow the fungicidal agents to degrade before the fruit can be sold.

According to the report from The Paper, certain local pesticide suppliers have been compelling fruit merchants to violate pesticide regulations by mixing together several different fungicides for soaking the Wo tangerines. After the tangerines have been treated with the fungicide solution at the soaking facilities, some merchants have even been re-treating the fruit themselves out of concern that it may rot during transportation, effectively adding a second dose of fungicide. Barring the presence of any existing rotten fruit, Wo tangerines treated in this manner can be stored for two months without rotting.

Guangxi Zhuang Autonomous Region is a major producer of citrus, and Wuming District in particular has the largest Wo tangerine growing area of any county-level administrative division in China. On Dec. 27, 2019, “Wuming Wo tangerines” was officially approved as a national geographical indication trademark. In 2020, Wuming Wo tangerines officially hit the market on Jan. 5, approximately 10 days earlier than in previous years. As the Wo tangerine production area doubled from 2019 to 2020, total output also rose significantly. This year’s Wuming Wo tangerine output is expected to reach 1.2 million tons, a 70% increase over last year.

The Paper’s report coincided with World Consumer Rights Day on March 15; in addition, March is the peak season for Wo tangerines, when they are being harvested and hitting the market in large volumes. The report was picked up by numerous media outlets upon its release and has attracted a lot of commentary from Chinese netizens.