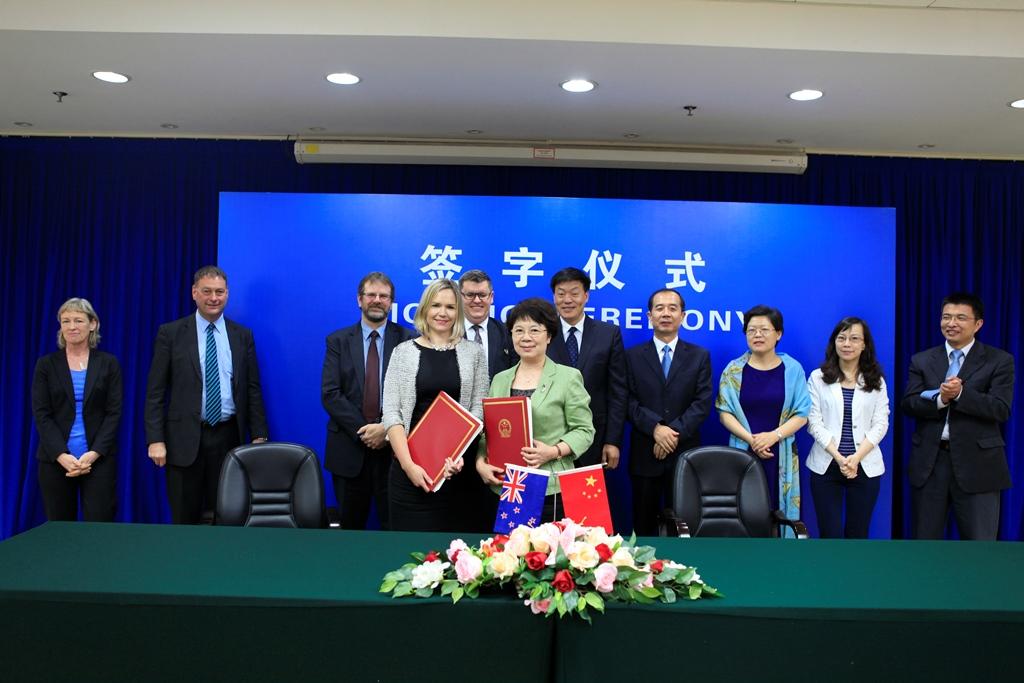 On 25 June 2015 in Beijing, New Zealand’s Ministry for Primary Industries (MPI) and China’s Administration of Quality Supervision, Inspection and Quarantine (AQSIQ) signed an import protocol for New Zealand persimmons, entitled Protocol of Phytosanitary Requirements for the Importation of New Zealand Persimmons into China by and between Ministry for Primary Industries of New Zealand and General Administration of Quality Supervision, Inspection and Quarantine of the People’s Republic of China.

With the signing of this agreement, New Zealand became the second exporter to get market access to China for persimmons after Taiwan.

Roger Smith, Agricultural Counselor of the Ministry for Primary Industries, told Produce Report, “it was a very warm atmosphere and a fruitful meeting between New Zealand’s MPI and China’s AQSIQ. It is always a pleasure to see the strengthening of the relationship between our two countries.”

New Zealand has been growing persimmons for export since the mid-1980s and has a niche persimmon industry that focuses on producing high-quality fruit, with the majority of this produce being exported.

All growers are GAP (Good Agricultural Practice) registered. There are currently around 30 orchards growing persimmons for export and 250 hectares are in production. The key growing areas include Northland, Gisborne, Auckland, Waikato, and the Bay of Plenty.

The scientific name Diospyros kaki means “divine fruit”. The main variety grown in New Zealand is Fuyu, which is non-astringent, keeps well, and can be best enjoyed while still firm and crisp. Persimmons are high in vitamins A and C, rich in beta-carotene, and are a good source of dietary fiber.

2016 will be the first export season to China.