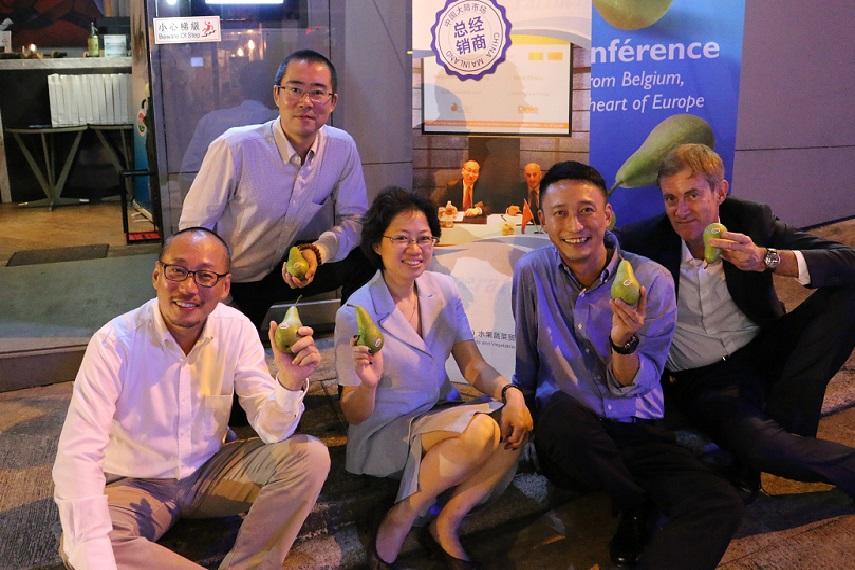 The fruit and vegetable giant Dole is celebrating its fifth year working with Belgian company BFV of Conference pears. The first container of this season's pears was scheduled to arrive in Shanghai on 10th October.

Due to the summer drought, this season has seen a drop in the number of large size pears, however prices have remained stable and quality constant.

On the marketing front, Dole will be launching new packaging for its pears. Dole's strategy for the Chinese market this year includes plans to step up promotion in more retail outlets and entry into new markets in north-western and central-western cities as means of increasing its consumer base.

During an interview with Produce Report, Marc Evrard, Commercial Director of BFV explained that Belgian Pears maintain their excellent taste both when ripe and hard. In addition they have a long storage life of ten months as, through precise storage temperatures and CA technology, the aging of pears can be halted.

Belgium is the world's largest grower of Conference pears, and BFV represents half of production. Pears from Belgium obtained market access to China in 2010, and since then exports have increased exponentially.

With a market share of 50% and bringing together 1600 growers BFV, which was founded in 1990, is the largest fruit growers' organization in Belgium.