More Than One Charter per Day: Cherry Market Is Booming 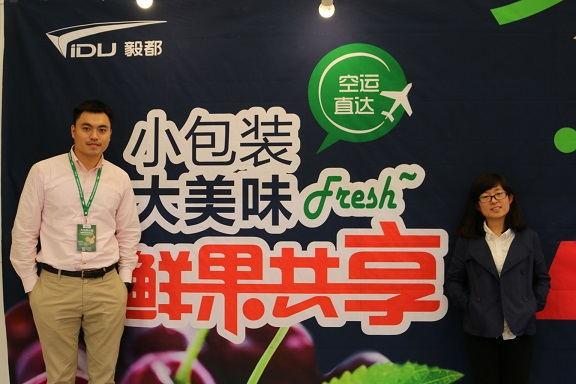 The very first batch of Chilean cherries from Dole arrived in China at the end of October, marking the beginning of the season. A large quantity of Chilean cherries has entered the Chinese market this month, a week early relative to previous years. On November 6, the first China Eastern Airlines charter of 92 tons of cherries and blueberries landed at Zhengzhou airport as scheduled, despite the massive strikes at San Diego airport. According to China Eastern Airlines, more than 10,000 tons of cherries, or approximately 90 charters, will arrive in China within the next two months.

China Eastern Airlines opened this air channel in 2013 along with Yidu, a major player in the fruit and vegetable import and export trade in China. Yidu was also involved in this first charter, which took around 25 hours to deliver fresh cherries directly from Chile to China. Yidu told Produce Report that the company will import 70 charters this season with 100–120 tons per charter, representing, on average, more than one charter per day.

According to Ms. Cao Xinyue, Product Manager of Yidu, some of the cherries will be dispatched to first-class wholesalers as usual, whereas the remainder will be sent to its brand new processing zone, a one-stop cold-chain logistics platform located in the Central China Cold and Fresh Products Port. This platform provides high-end technology production lines for automated sorting and customized packing, as well as marketing and promotion services for its customers. Yidu believes that such services will result in increased added value on the goods and better protect the quality of the cherries by reducing loss during transport. After processing, the goods can be directly sold to customers.

Alongside Yidu, many other companies are also seizing the opportunities of the blooming cherry market in China. After all, over 80% of the total 83,298 tons of Chilean cherries were exported to China last season, and this record is expected to be broken this season.